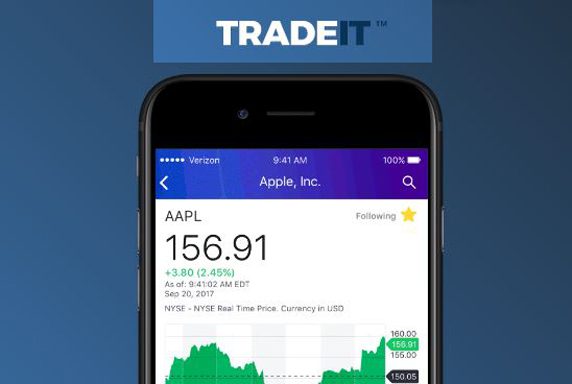 TradeIt, which makes an integrated mobile software platform that links consumers to online brokers via any device, sees its primary mission as the connector of dots in the international financial services world—a world that has so many of those dots that even the smartest numbers whiz couldn’t hope to count them accurately.

The New York City-based startup, with roots in highly successful businesses such as Yahoo Finance and Dow Jones Online, said Aug. 10 that it has partnered with IBM Cloud to help developers bring user-friendly apps and order management tools to their end users.

APIs Are the Chief Attribute

But TradeIt’s home-developed APIs (application programming interfaces) for app developers are setting the table for this highly secure functionality.

“APIs are the answer to the growing problem of ensuring the privacy of consumers’ financial data, particularly due to screen-scraping,” Richardson told eWEEK. “Not only do APIs offer a more tailored solution where you essentially get only what you need, they create a huge potential for innovation.

“Our partnerships with companies like IBM allow developers secure integration for both mobile and web platforms, in turn giving all stakeholders the necessary peace of mind.”

Richardson, who ran Yahoo Finance and Dow Jones Online (MarketWatch, Wall Street Journal, Barron’s) early on and helped build them into the go-to resources they are today, has witnessed this increasing mobile activity for financial transactions. In doing so, he also identified a need for a specific mobile solution on the international side of the business.

“TradeIt is solving for something I saw being unsolved for in the market,” Richardson said. ”There’s PSD2 in Europe, WeChat’s system in China—and all of the incumbent media and publishing companies were still trying to figure out how to have a mobile strategy that made sense. The financial institutions were also trying to figure out how to become mobile, so I and my colleagues set out to go and define, spec and build APIs for all the major investing houses, and package them into one turnkey SDK that we then licensed to mobile apps and asset managers.”

That became TradeIt, launched in 2014.

TradeIt is compliant with all the international rules and regulations. It is especially aware of PSD2 (Payment Services Directive of 2007, replaced by PSD2 of 2015), an EU Directive administered by the European Commission to regulate payment services and payment service providers throughout the European Union and European Economic Area. The directive’s purpose was to increase pan-European competition and participation in the payments industry also from non-banks and to provide for a level playing field by harmonizing consumer protection and the rights and obligations for payment providers and users.

TradeIt provides a simple and concise interface to join app developers and financial institutions with stakeholders’ diverse retail portfolios. Users can initiate a trade from any given quote page or watchlist (such as Yahoo! Finance), and then be taken to their select broker screen to sign in, view their synced account, and execute the order.

The IBM Cloud for Financial Services is an API marketplace that brings together fintech and financial services institutions to build new and more efficient finance apps. Built on the IBM Cloud, developers can share ideas, applications, APIs, data and content on a secure, cloud platform designed for banks, financial market institutions and insurance companies.

Developers using TradeIt on the IBM Cloud for Financial Services are able to use the TradingTicket and PortfolioView products, to synchronize data and trading with most online US brokers, within minutes, Richardson said. TradeIt supports all order types and asset classes.

For more information or to create an account, go here.