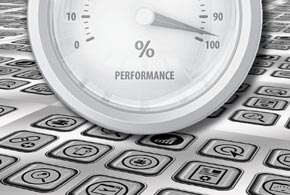 NEW YORK—Cisco and AppDynamics made a big splash in January when the two agreed to Cisco’s $3.7 billion acquisition literally on the eve of AppDynamics’ highly anticipated initial public offering.

Since then, AppDynamics has been meeting with customers and explaining what Cisco will bring to App Dynamics. But more important is what AppDynamics will bring to Cisco, a company that is still large and powerful in the networking market, but which is desperately trying to reinvent itself around enterprise software, internet of things, security and collaboration services.

At The AppDynamics Summit here this week, executives and customers discussed new application performance management (APM) products and the future direction for AppDynamics. Like all enterprise software vendors these days, and much like New Relic, its main competition in the APM space, AppDynamics is building the next generation of APM tools around artificial intelligence and machine learning.

To that end Cisco announced it is acquiring Perspica, a startup that provides AI tools for IT operations. Perspica will augment the machine learning capabilities AppDynamics is already baking into its next generations of products, which include two new additions announced this week, Business Journeys and Experience Level Management.

Together these new services take APM beyond the typical application performance metrics data to root cause analysis of any problem along the application path. With Journeys, AppDynamics is focusing on how those APM metrics together give insight into so-called business outcomes, such as a customer completing an ecommerce transaction.

An ecommerce app may consist of dozens or hundreds of components, each of which AppDynamics tracks. The Journeys product rolls them all up into a single business process view that itself can be monitored and measured, explained Adam Leftik, Vice President for Product Management at AppDynamics.

Journeys “builds an inventory of transactions spanning business log data, browser events, clickstream data, and links them together and collects the data,” he said. “Then extracts that information to construct a measurable entity we call a Business Journey. It’s the logical evolution of APM.”

Journeys is another way of moving APM “up the stack” from application to outcome and from IT administrator to CIO or CEO of a company. Bill Hineline, Director of APM for United Airlines, said AppDynamics is helping spur digital transformation at the airline, which he said has a “mobile first” development strategy.

Likewise, Experience Level Management (XLM) can enable users to build custom “journeys” for select customers or groups of customers, such as frequent flyers, who could get priority over common traffic when booking a flight or using the app when accessing a boarding pass.

Once Journeys and XLM paths are established they can be modeled with machine learning and then used to predict or anticipate issues that may negatively affect a business outcome.

Path to the Cloud

The Journeys and XLM features won’t be generally available until later this year. One current major use case that AppDynamics discussed was migrating applications to the cloud, specifically Amazon Web Services. AppDynamics features deep integration with AWS services and works with customers before, during and after a cloud migration to make sure applications maintain their desired state.

At the summit, AppDynamics and AWS announced a new level of their partnership that enables users to buy AppDynamics’ tools directly from AWS in the form of “private offers,” said Barry Russell, general manager of AWS Marketplace and Service Catalog.

Two other pieces that AppDynamics is adding to its core platform are network and IoT monitoring, both of which will leverage the Cisco relationship. AppDynamics has developed a new version of its agent technology specifically for IoT devices.

Cisco also has plans to tie AppDynamics into its software-defined networking platform, ACI (Application Centric Infrastructure) and Tetration analytics platform. All told, Cisco will be able to add considerably to the 5 trillion metrics AppDynamics already tracks each month, creating new levels of insight from infrastructure all the way to the customer.

“There are best of breed tools that can monitor any application,” explained Prathap Dendi, general manager for analytics and IoT for AppDynamics. “Marketing has their own tools like Omniture. The difference is the application journey, and what is missing in those tools is why something is happening. AppDynamics can tell you that.”