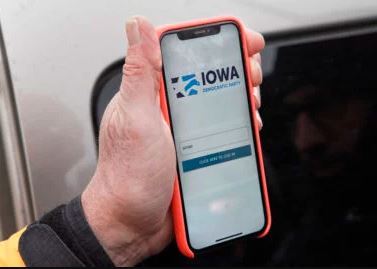 By now you know about the chaos caused by the Iowa Democratic Party’s decision to use a mobile app to tabulate the results of that state’s caucuses. The caucus method of choosing nominees for delegates to the party’s national convention has long been viewed as complex and difficult to manage, but it worked for Iowans as they kicked off the Presidential campaign season. In 2020, however, it didn’t.

In fact, the software developed to tabulate results in Iowa and potentially other states that use caucuses may go down in history as the greatest software failure in a political setting ever. In fact, it’s one of the worst failures of any software implementation, ever. It’s so bad that the chair of the Democratic National Committee is requesting that the current results be thrown out and that the entire state be canvassed again so that people might believe the numbers.

To accomplish this remarkable feat, the IDP (as the Iowa Democrats like to call themselves) broke essentially every rule that exists for software procurement. A large part of the problem was rooted in basic incompetence on the part of the IDP, but a share of it also needs to be laid at the feet of Shadow, Inc., the company hired to produce the tabulation app.

Here’s a list of the things that went wrong. Use them as a guide for not letting the same mistakes happen to your organization, especially when implementing a mission-critical piece of software.

What Did the Project Managers Do Right? Essentially Nothing

In reality, an easier question might have been to describe what the project managers did right. The answer to that is essentially nothing. In fact, they ignored a series of red flags that would have told them that the app wasn’t going to work as intended.

Instead, the Iowa Democratic Party let a variety of other priorities distract managers from making sure the app worked, and in the end remained ignorant of the true difficulty of designing and launching a mobile app intended to handle the complex reporting system that the party had agreed to.

And to make matters worse, they app was launched for the highest profile job they had. “They stumbled in a massive high-profile way,” McFall said. “I feel really sorry for them.”

The upshot of all of this chaos is that fewer people are likely to buy into the use of software in handling complex election tasks again, regardless of how experienced the developer is, and fewer people will believe the results when they’re reported. What will have to happen is that the next election-related software will need to be developed by an experienced developer, tested properly and delivered when it’s ready. And even then it will take years for the pain of the Iowa caucuses to fade.