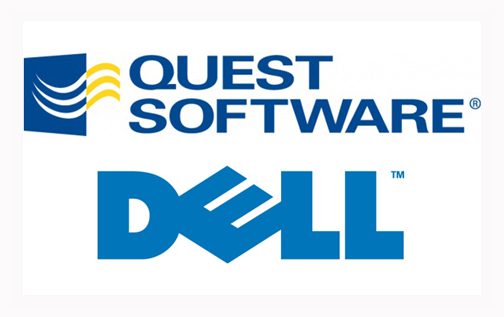 So the Dell Software folks in Aliso Viejo, Calif., checked, and Quest Software apparently is still available to use for a corporate name.

The headquarters building hasn’t changed much. Maybe even the old signs can be dusted off and returned to their rightful places so they can be seen from the Toll Road 73 freeway in Orange County.

Whatever happened to Dell Inc.’s dreams of becoming the No. 1 one-stop shop for all things IT? Michael Dell told eWEEK and everyone else who would listen just two years ago that whatever someone needed—servers, storage, networking, PCs, software, security, cloud infrastructure, jelly beans, you name it—it was going onto shelves in Round Rock, Texas; Aliso Viejo and other places waiting to find new homes in corporate shops.

Things have changed awfully quickly. The company said June 20 that it is selling Quest/Dell Software to equity firms Francisco Partners of San Francisco and Elliott Management of Menlo Park, Calif.—less than four years later and for about the same price.

Providing an exemplary all-you-can-eat hardware/software/services buffet was supposed to be the sustaining idea behind the Texas company’s going private in 2013 and then acquiring EMC and its legion of federated companies in 2015 and 2016. For CTOs, Dell plus EMC was going to mean making fewer throats to choke and easier IT decisions to make.

Dell is evolving again, and, yes, it still has a wide-ranging set of products and services from which to choose. But it won’t have nearly as many software tools to offer developers.

The Dell-swallowing-EMC deal is about to close. Dell will take on $49.5 billion in debt after it completes the $67 billion acquisition. We should know more next month; the next Dell board meeting is July 19. Selling such assets as the Quest/Dell (database tools and systems management), SonicWall (network security) AppAssure (data backup) and its services business (formerly Perot Systems) will help the company reduce the debt load.

Did Dell Have Buyer’s Remorse?

What happened? The view from here is that essentially, once Dell saw that it had all the ingredients it wanted to be that one-stop shop, it later realized buyer’s remorse about Quest and others: The software companies it bought weren’t going to be the right ones for Dell to cultivate going forward.

The word on the street is that Quest/Dell Software simply wasn’t profitable enough to satisfy the parent company. Sales goals were commonly missed; smaller competitors were catching up. The numbers weren’t exactly stellar in the last few quarters.

On the other side, that $49.5 billion in loans constantly whispering in his ear was the other huge inducement for Michael Dell to make his pivot, sell Quest/Dell and other assets, and lighten his load. He also has said publicly that he wants to get rid of all that debt within 18 to 24 months.

Quest/Dell is best known for TOAD, a popular simplifier for the deployment of Oracle databases, which for decades have had a reputation for difficulty. It also makes other products for IT development, management, monitoring and protection. Quest/Dell offers both packaged and custom software applications in addition to associated software infrastructure components, such as databases, application servers, operating systems and hypervisors.

Quest/Dell is not a trival business entity. It has a worldwide presence, with more than 60 offices in 23 countries with a customer base of more than 100,000. At the time of its acquisition in 2012, Quest had 3,900 full-time employees worldwide and annual revenues of $857 million.

Another factor: Some of Quest/Dell’s products overlapped with others in the Dell realm, especially in network security and identity and access management.

Dell, however, doesn’t want to be in the older-line database tool business anymore—that’s the bottom line. It wants to sell servers, personal PCs, EMC storage, RSA security, VMware infrastructure and Pivotal cloud software. And, yes, it also has the Dell Cloud to develop and market.

Michael Dell also might be thinking that with all the resources under his control at VMware, Pivotal and RSA, perhaps those developers can also come up with products that can replace those made at Quest, if the company needs them.

In any case, the Dell Inc. we will see in the future won’t be the open IT buffet it wanted to be two years ago. Buyers in the future will have fewer choices to consume.