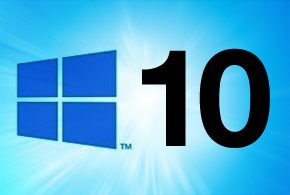 Microsoft has released a new preview build (9860) of its upcoming Windows 10 operating system that includes one of its most anticipated features, the Action Center.

“This is the first update build to Windows 10 Technical Preview, and we’ll continue to deliver more as part of the Windows Insider Program,” announced Gabe Aul, Data and Fundamentals lead in Microsoft’s Operating Systems Group, in a blog post. Among the preview’s features is an app that provides a mechanism for reporting bugs and soliciting suggestions.

Members of the Windows Insider program are not only putting the app through its paces, but their feedback is already having an impact on the operating system’s development. Aul reported that participants have sent more than 250,000 pieces of app feedback. Users have also chimed in with 25,381 community forum posts and 641 Windows Suggestion Box submissions.

“Most of the changes in this build will be invisible to you, but we’ve made nearly 7,000 improvements and fixes to the product between 9841 and 9860,” said Aul. “Many of those fixes were based on problem reports that you submitted in the Community forum or through the Windows Feedback app.”

Owing to the early state of the software, Aul explained that users can expect some bugs. While portions of user interface (UI) will appear to have regressed, Microsoft is still working the kinks out, he assured.

“For example in this build we know that it’s harder to join a Wi-Fi network. We’ll make changes to fix that later,” he stated. In addition to UI rough patches, including garbled or disappearing interface elements, some users can expect their systems not to enter the sleep state properly or machines with two external monitors connected via Display Link to “blue screen” when they are unlocked.

Users may also encounter problems with two popular time-wasters. “Microsoft Solitaire and Mahjong games are broken in some cases and won’t launch.”

Aul cautioned that the current version “is focused ONLY on enabling basic notifications—quick actions and cleaner UI will come later.” Users can view “notifications from the system and apps—from new emails and invites to IMs, Facebook posts and more,” he added.

A new keyboard shortcut (WIN+SHIFT+<arrow>) makes it easier to move applications from one monitor to another. Switching between desktops, also new for Windows 10, has been given a little more flair to make it more visually obvious for users.

“One of the pieces of feedback that you gave us was that it was hard to know when you were switching desktops,” said Aul. “We addressed your feedback by adding an animation to make it clear that you are switching.” Finally, a new “slow” option for OS build update, allows Insiders “to wait a bit and let others find any gotchas so that the community gets caught up with known issues and workarounds,” said Aul.