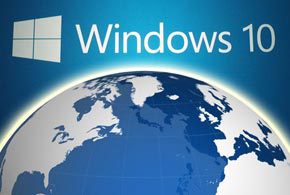 Prior to Windows 10, Microsoft did not support in-place upgrades from the Pro to the Enterprise edition of the operating system. Getting Enterprise’s extra security features and expanded set of IT-friendly capabilities meant wiping the system and reinstalling the OS.

Windows 10 solved this by essentially packing all of the features found in Enterprise into Pro and allowing users to enable them by changing the product key. After a reboot, users are greeted with Windows 10 Enterprise.

Now, a new preview build (number 14352) of the OS, released on May 26 to the Fast Ring of the Windows Insider beta testing program, does away with the reboot requirement, allowing users to continue working without missing a step.

“We heard a lot of feedback about having to reboot to complete the upgrade so starting with this build a reboot is no longer required when upgrading from the Pro to Enterprise edition,” wrote Gabe Aul, corporate vice president of Microsoft’s Engineering Systems group, in a blog post. “You can try this out by going to ‘Settings -> Update & Security -> Activation’ in the settings app and click the ‘Change product key’ button and enter a valid Enterprise product key.”

A new security setting, called Limited Periodic Scanning, uses Microsoft’s Windows Defender scanning engine to seek out and purge malware, acting as an additional line of defense on systems with real-time antivirus protection. “These periodic scans will utilize Automatic Maintenance—to ensure the system chooses optimal times based on minimal impact to the user, PC performance, and energy efficiency—or customers can schedule these scan,” explained Microsoft in an online support document.

Cortana continues to expand her skillset with the ability to set timers. Users can verbally instruct Microsoft’s digital assistant to remind them after a specified amount of time, ask how much time is left or cancel the timer completely. Cortana can also act as a personal DJ, of sorts, allowing users to request songs and playlists on Microsoft’s Groove Music streaming service.

Microsoft continues to refine its stylus-centric Windows Ink capabilities and make performance improvements ahead of their debut this summer in the Windows 10 Anniversary Update.

The on-screen ruler, which can be used to trace straight lines on-screen, now includes a handy compass for drawing more precise angles. Sticky Notes, the Windows 10 equivalent of physical Post-It notes, is now integrated with Cortana, allowing users to create reminders from their notes. Similarly, users can launch the Edge browser by scribbling a URL or launch an email client by writing an email address, Aul said.

Feedback Hub now shows responses from Microsoft. The feedback-gathering tool displays status tags denoting feedback the company is working on. Tags will often be accompanied by comments from staffers that offer more context into the actions the Microsoft is taking, Aul said.