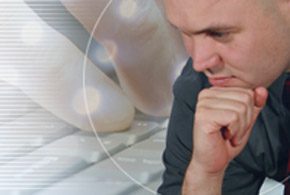 According to a recent survey of early Windows 8 adopters, more than half the respondents said they prefer Windows 7.

The Forumswindows8.com site conducted a survey of Windows 8 users that indicated a comfort level with Windows 7 that surpassed that of Windows 8, which is not necessarily surprising as they have had much more time with the older operating system. Forumswindows8.com, a Windows 8 help and support forum, polled more than 50,000 users in a survey that covered questions, ranging from users’ thoughts on Windows 8’s Metro UI to what they feel is the operating system’s biggest weakness.

Although Windows 8 Beta has been released with great expectations, unfortunately, it seems that users are not as enthusiastic about Windows 8 as Microsoft had hoped, Forumswindows8.com said. According to the survey, the most popular Windows system is still Windows 7 (53 percent), with only 25 percent of users voting for Windows 8 as their favorite.

However, the Microsoft Windows 8 Surface received more positive votes than Android tablets and the iPad, according to the survey. Thirty-five percent of users expressed that they would choose the Windows 8 Surface for their tablet needs. Yet, the Windows 8 Surface may indicate that Microsoft is finally entering the computer hardware market and putting themselves in direct competition with their manufacturing partners, Forumswindows8.com said. How this will affect their relationships with manufacturers remains to be seen, the company said.

A goal of the survey was to find what features users like the most and in what areas Microsoft should make improvements. Windows 8 features fast boot-up and shutdown processes. According to the survey, 56 percent of users chose this feature as their favorite. However, for those who dislike Windows 8, the price is an important reason. Users can upgrade to Windows 8 at only $39.99, but without promotional pricing the cost rises to $199.99. Thirty-five percent of the respondents said they believe that this price is too high. Meanwhile, the new Metro UI does not seem popular among users. Only 22 percent of users chose this feature as their favorite.

Microsoft announced the release to manufacturing of Windows 8, Internet Explorer 10 and Windows Server 2012, and also completed the final builds of Visual Studio 2012 and .NET 4.5 on Aug. 1.

The release to manufacturing, or RTM, of Windows 8 marked the completion of product development and testing. At that time, Microsoft’s OEM partners became armed with final code to begin building new Windows 8 PCs and devices to introduce when Windows 8 becomes generally available Oct. 26.

In a blog post on the issue, Microsoft spokesman Brandon LeBlanc said, “People will be able get Windows 8 starting on Oct. 26, either by upgrading for $39.99 or on a new PC or device. And if you buy an eligible Windows 7 PC today, you will be able to purchase an upgrade to Windows 8 Pro for $14.99 (U.S.) through the Windows Upgrade Offer.”