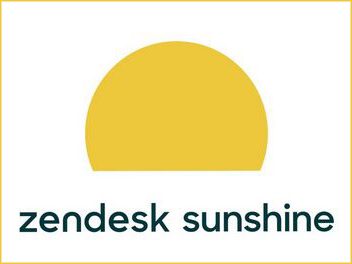 Customer-support software provider Zendesk is moving upstream with a new CRM offering called Zendesk Sunshine revealed Nov. 13 at the company’s Relate2018 conference. Zendesk is banking on a few points of differentiation to give it a competitive edge, including the fact that Zendesk Sunshine was developed in the cloud—specifically, in Amazon Web Services.

By contrast, Boonin said Sunshine is an open, flexible platform that’s easy to customize and connect to both internal and external data sources, while AWS is a popular platform for developers.

Among the key features of Zendesk Sunshine are Profiles, Events and Custom Objects. Profiles gives businesses the ability to create a single unified view of their customers across all applications. With Events, companies can capture any customer activity, such as interactions with customer service, website visits, purchase transactions and shipping history shown in an historical timeline.

Companies can use Custom Objects to collect additional relevant information, such as products owned, equipment rented or even telemetrics from a connected car from outside sources and store this data directly within Zendesk. At the Relate2018 conference, Zipcar was slated to show how it’s using Custom Objects and telemetry to track its cars so it can estimate when they need oil changes and other servicing before there’s a breakdown or damage.

The overarching idea or value proposition behind Zendesk Sunshine is to give companies the ability to create a more complete picture of their customers and get a better and more current idea of the customer’s relationship to the business.

Boonin noted that Events will give support reps and others more information than a customer relationship management (CRM) system typically offers.

“With CRM you’ve been able to see things like ‘Sam spent $10,000 with us last month and is a Gold customer,’” said Boonin. “But with Events you can see the customer journey—if, for example, they recently bought a product upgrade, what websites they visited and their shipping history.”

“The Zendesk platform gives us the ability to adapt to our customers’ changing needs and expectations,” Gerardo Soto, director of innovation at Stanley Black & Decker, said in a media advisory. “Our developers also see tremendous value in the possibility of using the open source tools they already know and love on AWS, which would ultimately serve our customers and the business better.”

Zendesk partnered with AWS last year with the launch of Amazon Connect, a cloud-based call center service, by offering its Zendesk Support service to work with Connect. Now Sunshine will connect to various AWS services such as Amazon Kinesis, Amazon Simple Storage Service (from Amazon S3), Amazon Redshift, Amazon SageMaker and Amazon Virtual Private Cloud. Businesses will be able to stream real-time events from Sunshine into their Amazon Kinesis Data Streams or S3 to connect data from departments within the company that have traditionally been siloed.

Zendesk also launched Zendesk Sell, a new salesforce automation (SFA) tool designed to enhance productivity, processes and pipeline visibility for sales teams. Sell marks what the company said is the first step in integrating the SFA software into the Zendesk family of products.

Sell gives customers a more seamless flow of information between support and sales on the Sunshine CRM platform, so there is a single “conversation” with customers and better alignment between teams.

The company also announced the general availability of its data analytics tool, Zendesk Explore, which is designed to integrate seamlessly with all other Zendesk products.

As for competitors, Boonin acknowledges that Salesforce is “the 2,000-pound gorilla” when it comes to CRM.

“But Microsoft, Oracle, SAP and others are there too, so there’s already competition,” he said. “This is a march we’ve been on for four or five years, and we believe by opening up our platform we can develop our ecosystem up market and be competitive.”

Boonin said that opening up Zendesk’s data model and offering Events were done in response to customer demand, so they can do more customization and integration.