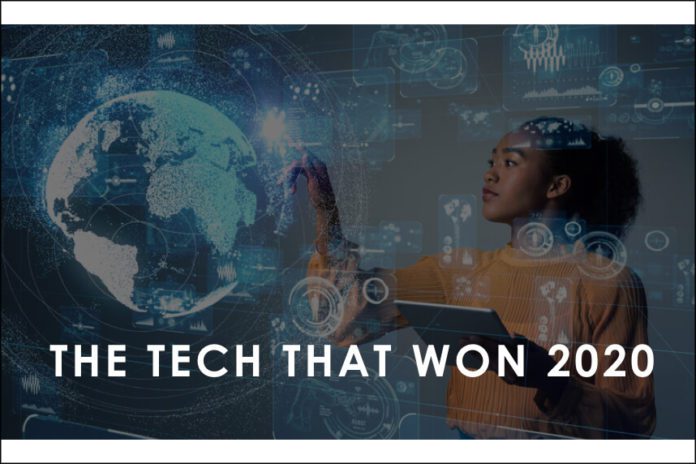 It’s tempting to label 2020 as the worst year ever, if only because of COVID-19, the Russian hack and a contentious political climate, but there were some bright spots in the gloom.

The arrival of the COVID-19 pandemic in early 2020 overshadowed nearly everything else. Business was disrupted, hundreds of thousands died, the economy was in shambles. The presidential campaign grew more and more negative, schools were closed, restaurants and other public places were shut down. It’s been a rotten year.

But there were triumphs as well. The United States returned to space on board a privately-owned rocket operated by the founder of a software company. 5G finally became real, and we learned that offices were no longer necessary. These events made Elon Musk’s SpaceX a star in every way you can imagine. 2020 showed that the once fourth-place T-Mobile could beat the industry to 5G. And Zoom came along at exactly the right time to support a critical need to work at home.

The launch by SpaceX of NASA astronauts was certainly the most spectacular accomplishment, especially since it happened twice. The first crewed test mission went up in May and the full commercial flight in November 2020. Both missions were unqualified successes–at least so far, since the November crew is still on the ISS.

As important as the SpaceX launch was, the significant achievement was that it was flown autonomously. While the Crew Dragon spacecraft has the ability to be controlled by an astronaut on board, it’s designed to fly itself to the Space Station, line up with the correct docking port, and then carry out the docking maneuver on its own. This procedure has now been carried out three times–twice with a crew on board, and it’s worked properly each time.

This speaks volumes for the future of autonomous transportation. As SpaceX and its corporate partner Tesla work to improve their respective autonomous systems, the technology will expand to other companies and other vehicles. The future of transportation on Earth will be built in space.

But one component of successful earthbound autonomous transportation depends on fast low-latency communications so that vehicles can communicate their status and intentions and receive communications from the outside world. Key to this communications environment is 5G radio communications–not just with mobile phones, but with a wide range of IoT device, including vehicles, roadside services and control devices, including traffic signals.

To accomplish all of that, as well as all of the other ubiquitous high-speed communications demands of the rest of the IoT world, 5G has to be widely available. For the first time in 2020, that broad availability came true. T-Mobile came first with somewhat spotty, but nationwide, low-band 5G coverage, followed a few months later by AT&T. While neither company’s low-band 5G will handle the level of communications described in the 5G hype that’s at least as ubiquitous as the promises from Verizon’s Ultra Wideband, it was followed quickly by mid-band 5G by both companies.

Mid-band 5G is close to what’s envisioned by the 5G hype, but which requires millimeter wave radio to work. All three major carriers have limited millimeter wave implementations, but none is anywhere near where IoT and transportation need them to be. But it’s clear that they’re on the way, and it’s clear that 5G works; it’s faster (at least in my tests) than anything 4G LTE is capable of. As I’ve found in my travels, T-Mobile’s 5G is showing up in a lot of places, including places where I would never expect it, such as in some rural mountain areas in Virginia.

That 5G capability also helped play a role in dealing with the other major tech event of 2020: working from home. In mid-March 2020, work as we knew it came to a sudden stop. Offices were ordered to close, stores and other businesses were ordered to shutter in most areas, and schools were closed until communities could figure out a way to make it work again. For most, the answer was Zoom.

Zoom went from being the name of a product and company to becoming a verb in nearly no time. Within days, when you said you Zoomed someone, we all knew what was meant. While there were competitors, Zoom was notable for being operating system and platform independent. You could run it on your phone, your computer or your Chromebook. Even better, it just worked.

What Zoom accomplished was to provide the ability for workers to have meetings and for schools to have classes without needing anything special to make it work. The ability to use Zoom also meant that companies could operate remotely.

Remote operation meant that employees would work from home and be as productive as they were in the office, frequently more productive. As managers got used to the idea that they could trust their employees to work even when they couldn’t see them doing it every few minutes, the nature of work also changed. Employees found that they preferred working from home. In addition, companies found that their overhead decreased and that the work still got done.

Some companies decided that they’d never gather their employees in an office again. The indications are that working from home will continue for employees who want it, and whose jobs allow it. Some of those people who had to go to work were folks in the IT department. Others were in service industries, and many in health care. What they all found out was that working near others was increasingly dangerous. Many of these front-line workers paid for their jobs with their lives. And sadly, there was no technology solution for them.