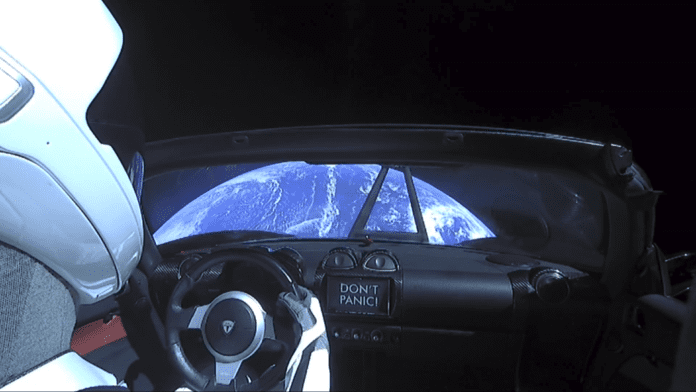 The successful launch of the SpaceX Falcon Heavy ushers in a new era of practical space operations for private industry.

The view of Earth through the windshield of a Tesla roadster may represent one of the more important technological achievements in recent memory. The view, which happened while Elon Musk’s sports car was on its way to geosynchronous orbit shortly after the February 6 launch of the Falcon Heavy rocket, was stunning in its beauty, but more stunning in what it represents.

By proving that he could build and launch the most powerful space lifter in the world, SpaceX CEO Elon Musk also proved that he could bring a whole new life to commercial access to space. In addition, he opened the pathway to new commercial uses that had only been dreams before this happened.

What’s important about the successful launch of the Falcon Heavy is really about the amount of mass it can place into orbit. While Musk and his team have designed a vehicle that will move space exploration ahead immeasurably, he’s also designed the means to lift a lot of heavy stuff into space, even if it goes no farther than a few thousand miles overhead. The reason is that really big spacecraft can do things that smaller machines simply can’t.

You’ll see a good example as you walk through any residential neighborhood in the United States and look at rooftops. There you’ll see satellite dishes for receiving television signals and internet data from direct broadcast satellites such as those from DirecTV and Dish Networks. They work well, but those dish antennas are a problem because they limit how you can use them.

Look at most cars today, and you’ll see that they can receive satellite signals as well, but what they can get are radio signals and data broadcasts, but high speed data is beyond their capabilities, and it’s complicated by the fact that those satellites are in lower orbits, and thus transit across the sky.

What doesn’t exist right now is a means to provide high-speed data transmissions to devices that are portable and even wearable. The closest you can get are the satellite phones on the Inmarsat and Iridium networks, which can handle voice and low-speed data. What’s needed is a way to provide reliable, two-way, high-speed communications from orbit.

But solving this problem raises a number of challenges, some of which can’t be solved by any satellite, but some of which can. The problems that can be solved require satellites that have the ability to transmit to devices on the ground and to receive signals from something that has the power output similar to what a cell phone can produce, which is about a half-Watt.

For this to work, you need satellites that have enough electrical power to run the radio transmitters you need, and you need to have antennas that can receive weak signals. In addition, you need to be able to run receivers that can separate such signals from all of the other radio noise on the surface.

Adding to all of this, you need to have these satellites in a fairly low orbit. The reason is the speed of light. It takes a radio signal about a quarter of a second to reach a satellite in a geosynchronous orbit, and another quarter of a second to reach the earth again. The reply takes the same time, resulting in a latency figure of one second. Latency this long is bad enough in a voice conversation, but it makes data communications close to useless.

A lower orbit, such as the ones used by Iridium and Inmarsat solve this problem, but to cover everyone, you need a lot of satellites. To provide good, high-speed, communications, you need a lot of fairly large and very capable satellites. This brings us back to the need for commercial access to space. If we want to provide widespread, high-speed access to the internet or other data communications, then we need to build access in space.

Of course, there are other reasons to take the enterprise into space, depending on the business you’re in, and a launch capability that can put a lot of satellites up at once can be a huge benefit, and a real cost savings. The Falcon Heavy cost $90 million to launch. If you can put a few dozen commercial satellites in it at launch, then the cost per satellite is fairly low.

But the immediate need for launch capacity is high-speed communications on the order of 5G speeds. While the cellular carriers are all promising to build out their 5G networks, that’s going to take time and may never be really complete. Why do I say that? Just look at the current 4G LTE delivery by any of the wireless carriers, and you’ll find holes that will never be filled.

Unfortunately, that’s a huge problem for terrestrial networking. Even in areas that can afford to build out fast networks, they’re never really complete. And when you look at areas where money is tight, where the land is rugged, or where distances are far, you’ll see that the problem is only worse.

But the ability to provide launch services for space-based communications that really provide broadband everywhere can be a powerful asset to your company and to your need for access to communications. Ultimately, you need to move your high-speed communications away from the terrestrial sources and into space where they’re always going to be available.

But for that to work, you need to be able to life a lot of satellites into orbit fairly quickly, and they need to be bigger and more capable than what we have today. This is why Falcon Heavy is so important, and why the view of a Tesla in orbit really matters.