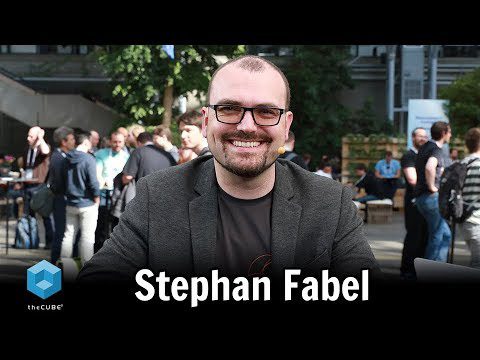 It’s usually fun and interesting to look back at various periods of history and see what stood out to put an indelible impact on them.

How will we look back upon our current IT decade? From here, it sure looks like 2010 to 2020 is all about the cloud. The internet of things is starting to take root, but its time has yet to come.

Canonical Director of Product Management Stephan Fabel recently offered eWEEK his take on all this, and we found that it mapped closely to what we’re seeing in the overall market. We share it with you here in a virtual interview.

[Editor’s note: Canonical is the developer of open source products, the best-known of which is the Ubuntu Linux operating system.]

Many years from now, Fabel contends, historians will be looking back at the 2010s as the Cloud Decade. The 2010s are when cloud took center stage as the transformational technology of its generation. Many of the most famous brands across every industry moved all or parts of their business to the cloud. Upstarts that would become the largest of the unicorns–such as Netflix, Facebook, Amazon and Uber–were not only cloud native but were so successful precisely because they were cloud native.

Despite the incredible momentum, it’s actually still relatively early days for cloud. And the best is yet to come; business and consumer applications will move even faster from cloud enabled to cloud native in the coming years. Exciting new cloud technologies will thrive. What cloud even means is changing with the inclusion of hybrid and edge environments. The world moves too fast to make reliable predictions about anything well into the future. But powerful trends are at play and shaping what cloud will look like in 2020.

The excitement around cloud might suggest that every company has flocked to it. Not so. According to Forrester: “Cloud’s impact has been global, yet fewer than half of all enterprises use a public cloud platform. In 2018, we’ll cross the significant 50 percent adoption milestone, and cloud applications, platforms and services will continue to radically change the way enterprises compete for customers.”

Fifty percent leaves a lot of room for additional cloud adoption. As a McKinsey survey noted, even many companies that report having adopted cloud are far from all in. We all know what’s holding some back: security concerns. In the waning years of the decade, the industry will go all out to strengthen and harden cloud security.

Of course, there is no such thing as foolproof security in any computing environment, but growing numbers of enterprises will feel safe in the cloud, driving ever-higher levels of adoption by 2020. This will set the stage for something approaching universal adoption in the next decade.

Think of cloud computing and you typically visualize large, centralized data centers running thousands of physical servers. But that image misses one of the biggest new opportunities for cloud: distributed cloud infrastructure. As companies find themselves needing near-instant access to data and compute resources to serve customers in the digital age, they are increasingly turning to edge computing.

In a nutshell, edge computing pushes certain compute processes away from centralized data centers to points in the network closer to users, devices and sensors. IDC describes it as a “mesh network of micro data centers that process or store critical data locally and push all received data to a central data center or cloud storage repository, in a footprint of less than 100 square feet.” This environment is especially valuable for the Internet of Things, with its requirement to collect and process huge amounts of data in near-real-time with minimal latency. It can reduce connectivity costs by sending only the most important information instead of raw streams of sensor data.

Edge is not the end of cloud computing but rather a natural evolution that we’ll see telcos, manufacturers and many others gravitating toward as the new decade dawns.

Data Point 3: The containerization craze shows no signs of abating.

Containers, which enable developers to manage and easily migrate software code, have become all the rage, and that trend will only grow in the next decade. Forrester Research estimated that about one-third of enterprises are testing containers for use in production, and 451 Research has forecast that the application containers market will grow by 40 percent annually to $2.7 billion in 2020.

Many companies are using containers to enable portability between cloud services from AWS, Microsoft Azure and Google Cloud as they build out their DevOps strategies for faster software production.

The most widely used container solution, Docker, is open source, which means developers can easily extend add new functionalities and plugins without having to worry about vendor lock-in. Kubernetes is making a splash as a way to deploy containers based on operating-system-level virtualization rather than hardware virtualization.

Vendors providing pragmatic answers without getting caught up in the craze will achieve meaningful market penetration. Ultimately, expect the excitement about containerization to translate into mainstream adoption as the decade winds down.

For years, organizations have developed applications and deployed them on servers: Rinse and repeat. In serverless computing, a cloud provider manages the code execution, executes it only when needed and charges only when the code is running. In this model, enterprises no longer have to worry about provisioning and maintaining servers when putting code into production.

Serverless computing is potentially a huge development, but there is one caveat: Not everyone is ready for it. Going serverless requires an enormous rethink of the traditional development/production paradigm.

This is likely to mean that serverless computing will be not an overnight sensation so much as a choice whose usage only increases over time. In particular, as current serverless offerings usually mean being locked in to the particular cloud provider, we do not expect rapid adoption until a portable standard can be established.

Open source enterprise software has never been more popular than right now. More and more organizations are bringing open source software into their processes and even building whole businesses around it.

Thanks to the cloud, the open source ecosystem is thriving, leveraging a large variety of open-source DevOps tools, aggressive use of build automation and infrastructure platforms like OpenStack and Kubernetes fostering application delivery in the cloud.

As cloud adoption grows, open-source technologies will continue to fuel innovation for the rest of the 2010s and beyond.

Worldwide spending on the public cloud started the decade at $77 billion, according to Statista, and was projected to finish it at more than five times that amount, $411 billion. The best is yet to come: Business and consumer applications will move even faster from cloud enabled to cloud native in the coming years. Exciting new cloud technologies will thrive

Cloud has dominated this decade as it continues to shape-shift and evolve. And with so many thrilling trends, you can be sure the best days for cloud computing are still ahead.