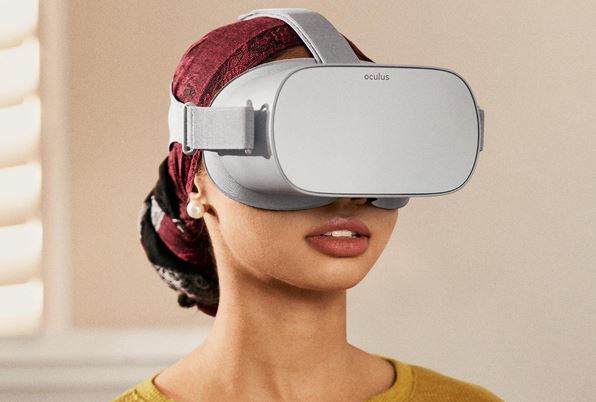 To a resounding cheer from the F8 conference audience at the San Jose McEnery Convention Center on May 2, Facebook CEO and co-founder Mark Zuckerberg announced onstage that everyone in attendance–meaning all 5,000 attendees–were each taking home an Oculus Go, the company’s new wireless virtual reality headset.

Introduced last October, the Go is the first standalone headset Facebook has built since it bought Oculus in March 2014 for $2 billion.

Unlike the Rift, the first Oculus headset, the Oculus Go can be utilized without a wire plug-in to a computer or a phone. It resembles some of the VR headsets on the market that rely on a connecting smartphone for their CPUs and/or screens, such as Google’s Daydream View, but the Go already carries all the computing power it needs.

Two Hours of Sustained Use on One Charge

Facebook said the Go can get up to two hours of use from a single charge and will need to take about three hours to fully recharge. The Go follows the movements of the wearer’s head and comes with a small handheld controller and trackpad.

Oculus said in a media advisory that the device is “hands-down the easiest way for people to get into VR” and said it has more than 1,000 games, movies and apps now available in its app store.

Facebook said it is soon going to release new apps for the Go called Oculus Venues and Oculus TV, which will enable users to watch live music, sports and television shows from their headsets on networks such as Netflix and Hulu.

In other F8 news, Facebook introduced WhatsApp Business, designed to help people (mostly those between 13 and 25, since they are the primary audience) connect with local businesses. Facebook, which bought WhatsApp for $19 billion in February 2014, created the app as a way to let people share texts, photos and videos that disappear after 24 hours.

WhatsApp Gets Down to Business

Zuckerberg said Facebook plans to expand WhatsApp Business to large companies in addition to smaller businesses, the idea being for users to use WhatsApp’s messaging technology to get services without having to make phone calls or visit stores.

The CEO also announced plans to redesign Instagram to make it easier for users to find content that most interests them.

Other changes announced for Instagram include a new group video chat feature and the addition of Facebook’s Augmented Reality (AR) Camera Effects. This feature enables users to add effects and designs to photos and videos.