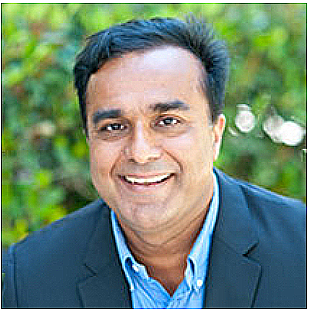 An increasing number of enterprises are considering the adoption of robotics, artificial intelligence (AI) and machine IT that can expedite and make more efficient the execution of routine tasks.

While we already think of robotics as important in use cases such as manufacturing, oil and gas exploration and drones, there are quite a few others you may not have considered. For example, robots now can do such things as “interview” job candidates and review their resumes. Because they’ll empower employees to make more informed decisions, they’ll reduce the presence of middle managers. Read more about that one here.

IBM and Softbank’s Watson-powered Pepper robot, for another example, can read up to 800 million pages of data a second. Now that’s some kind of speed reading. The sky’s the limit for this robot, which can serve in the retail, travel, hospitality, health care or other industries by using deep industry knowledge. Pepper is currently at work in banks and retail establishments in Japan.

There are other data points involving new-gen robotics you might not know. With more and more of them coming into the workplace during the coming years, it behooves us all to know about them and become aware of how they might be impacting us in the future.

Abhijit Kakhandiki, Senior Vice-President of Products and Engineering at Automation Anywhere, (pictured) recently recently offered eWEEK his take on all this, and we found that it mapped closely to what we’re hearing people discuss at conferences we attend. We share it with you here in an eWEEK Virtual Interview.

How Kakhandiki of Automation Anywhere Sees the RPA Landscape

Considering robotic process automation (RPA)? You’re not alone. A technology that was considered on the edge just three years ago is on the cusp of mainstream adoption today. And for good reason. RPA slashes costs—by 39 percent according to the ISG Automation Index.  But it also reduces errors while driving up workforce productivity. No wonder that 72 percent of companies intend to deploy RPA by 2019.  If you’ve begun to kick the tires of solutions, here are five trends you should be aware of.

Trend No. 1: Most companies have yet to deploy RPA, but the success being achieved by their peers—and competitors—is making them sit up and pay attention.

According to Cap Gemini, only 39 percent of businesses currently use RPA.  When asked by robotics consultancy Symphony when the technology would be seen as “business as usual,” 23 percent said that time had arrived already (2016); but the biggest number (40 percent) point to last year, 2017, as the time they would start to get their feet wet with RPA. The remainder (37 percent) believe it will happen within five years. No one thought it would take longer. Symphony has thus declared that 2017 was the “end of the beginning” for RPA.

Here’s what enterprises that have already deployed RPA are telling the world:

What’s happening now: most businesses are actively investigating RPA. Although not quite ready to take the plunge themselves—42 percent of enterprises still believe that RPA is either “immature” or “very immature,” according to Symphony—they’re beginning to believe in it, and brainstorm RPA strategies to implement over the next 12 to 24 months.

As a result, analysts are predicting that the RPA installed base will nearly double within the next two years. Virtually all back-office functions will be impacted: finance and accounting, HR, and customer service are all prime targets. And RPA is beginning to encroach into the front office as well.  The RPA era is indeed beginning.

Trend 2: The most successful RPA initiatives take a center-of-excellence (COE) approach to implementation.

Establishing a center of excellence (COE) is a time-tested way to most effectively insert a new technology into an enterprise, and ensure that it becomes deeply absorbed—both culturally and organizationally. It is also the best way to retain and share institutional as well as technical knowledge, and to leverage resources across different operating units.

This is as true for RPA as for other major innovations.

A RPA COE typically requires a centralized team that focuses on creating and applying RPA best practices, identifying and disseminating the latest RPA innovations, and providing support and training—among other services—to the project teams that are actually getting their hands dirty in deployments.

A COE also ensures that any RPA investments are aligned with the overall corporate business direction and strategy.

The most successful RPA COEs do the following:

Trend No. 3: Once you have this tool in your tool chest, you use it everywhere.

The further enterprises get with their RPA implementations, the more excited they get about the possibilities. Before they deploy RPA, only 3.1 percent of businesses believe that the majority of their business processes can be automated. Further down the line, however—once RPA is installed—that number dramatically increases to 36.4 percent.

The lesson: once you’re applied RPA successfully, the more opportunities open up. You’ll begin to see promising automation opportunities everywhere you look. For example, one large manufacturing company that had been using RPA in the back office was able to apply the technology when it acquired another company. By using RPA to migrate the systems of the acquired firm to its own IT infrastructure, it was able to more swiftly absorb the new company’s technology—with fewer errors than if it had been done manually.

Trend No. 4: Human responsibilities are changing rather than human jobs being eliminated.

It’s important to note, as ISG does in its latest report, that tasks, not jobs, are being automated. This doesn’t mean that jobs aren’t changing; they are. But automation is actually freeing up employees to handle greater volumes of work and focus on activities that are of higher value to the business.

And although many jobs will cease to exist—just as buggy whip makers foundered after the automobile arrived—the age of automation will create other, more interesting jobs.

For example, employees can learn new skills to become business analysts devoted to strategizing about business growth, and how to make existing business processes smarter and smoother. Or they can be trained to become RPA compliance experts (is the new process complying with regulatory mandates?), RPA valuators (deciding what to automate next), and RPA evangelists (responsible for the change management needed to make RPA a success).

These jobs won’t just be in IT, or in the robotics industry.  What’s more, they’ll be better jobs. RPA frees humans from repetitive tasks that most people don’t like to do anyway. It gives them space to innovate, to be creative. Your employees will be able to focus on work that requires their intelligence, judgment, and problem-solving skills. A robot can create or process an invoice. But only a human can provide the kind of personal service that smooths the ruffled feathers of a particularly irate but extremely valuable customer.

Then there’s the issue of “reshoring”—bringing work back home that was previously offshored to some faraway country. Automation, because of the money saved, will allow companies to do this. And this will in turn create new jobs to support the reshored functions. Rather than being feared as something that will replace humans, RPA can be viewed as a pathway to job creation that will have a positive impact on companies — and their employees.

The positive impact that the increased productivity of robots has on employment is already being seen. According to one study, the U.S. automotive industry deployed 60,000 industrial robots between 2010 and 2015. During this same period, the number of employees sector increased by 230,000.

According to McKinsey, more than 90 percent of jobs are not fully automatable. Instead, robots and humans will work together.

As indicated in No. 1 above, the overwhelming majority of businesses that have implemented RPA are more than happy with their digital workforces. RPA has helped them accelerate overall employee productivity, reap significant cost savings, and achieve measurable ROI.

But in fact, most of them have only begun to comprehend what RPA can do for their businesses.

That’s because the next era of RPA is already here: The cognitive era.

By harnessing cognitive techniques like artificial intelligence and machine learning, businesses swiftly move past the relatively simple act of coming up with rules to process structured data.

Instead, they automate non-standard processes that need natural language voice interaction, image and pattern recognition, and fuzzy logic capable of processing unstructured data. These bots go way beyond simply capturing a repetitive action. They perform data analyses and make inference-based decisions. They can even learn on the job. The value—and ROI—achieved from RPA investments increases exponentially.

Today 81 percent of all enterprises estimate that RPA combined with artificial intelligence will have a significant impact on their business within next four years. Of these companies, 25 percent said they expect that RPA and AI together will totally “transform” their operations.

If you’re not already investigating RPA, you’re behind the times. The next few years will see an escalating wave of RPA deployments throughout all industries. The time is now to start thinking of the ways it can—and will—revolutionize your business.