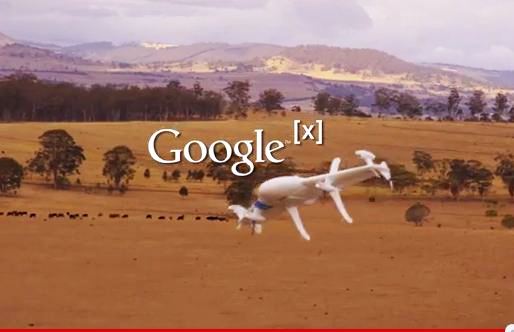 Well, this is one way to give delivery vehicles a break on the roadways: Google has gone Down Under to develop and test drone aircraft that deliver packaged goods to buyers via the open airways.

The Mountain View, Calif.-based IT services giant revealed Aug. 29 that it has had a team in Australia for more than two years designing, building and testing customized drones that can drop consumer goods safely within a target area and do it in a timely manner.

Why test in Australia? Ostensibly, there’s plenty of open land and airspace to test these automated aircraft. There is also less regulation with which to contend from agencies such as the Federal Aviation Administration in the United States. The FAA has been working on development of rules and regulations for drone aircraft, but nothing is near being official as yet.

In the meantime, the FAA has restricted commercial drone testing to limited geographical areas and reported to Congress that it will miss its 2015 deadline for drafting rules to allow the devices to fly while protecting privacy and security.

“We’re in Australia. The goal of being here is to show that the hard work over the last two years has resulted in a reliable system that can do autonomous delivery,” Nicholas Roy, founder of Google’s Project Wing, said in a YouTube video report. “We also really want to get out and learn what it’s like to actually deliver to the [customer], and see what it’s like from their perspective.

“It’s years from a product, but it’s the first prototype that we want to stand behind.”

Amazon has been proactive in describing its own drone delivery program. Google now has answered its competitor with this project, which is based near Warwick, Australia.

Amazon announced some drone prototypes in 2013 that deliver packages within a small section of a town or city, but the FAA eventually put a stop to testing, pending upcoming regulations that will entail rules involving both public safety and personal privacy.

“Throughout history, there have been a series of innovations that have each taken a huge chunk out of the friction of moving things around. Project Wing aspires to take another big chunk of the remaining friction of moving things around in the world,” the appropriately named Astro Teller, whose title is “Captain of Moonshots” at the Google X special projects group, said in the same video.

The Association for Unmanned Vehicle Systems Integration projected last year that commercial drones would create upward of 70,000 jobs and provide an economic impact of more than $13.6 billion once such flying devices are allowed to fly on a regular basis.