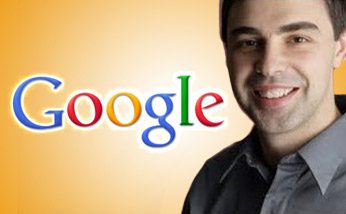 Google CEO Larry Page has announced that he suffers from vocal paralysis and has donated millions of dollars to the Voice Health Institute in Boston to fund research on human voice loss.

The amount of funding is in the “tens of millions,” according to Dr. Steven M. Zeitels, a professor of Laryngeal Surgery at Harvard Medical School and director of the Center for Laryngeal Surgery and Voice Rehabilitation at Massachusetts General Hospital. Zeitels will lead the research to develop a new generation of surgical procedures for voice restoration.

Zeitels and Dr. Robert Hillman, director of research programs at Massachusetts General Hospital’s Institute of Health Professions, will form a team of scientists and engineers from various institutions to “solve these key challenges” of human voice loss, Zeitels said.

“The Pages’ generosity will enable us to help steward a new era of pioneering surgical, medical and engineering innovations that will provide new solutions for the millions of individuals suffering from voice loss and breathing problems in the upper airway,” John L. Ward, president of the Voice Health Institute, said in a statement.

One of Page’s vocal cords is paralyzed and the other has limited movement, Page wrote in a Google+ post.

The vocal problems could lead to breathing problems, which can become life-threatening, Page wrote.

“Vocal cord nerve issues can also affect your breathing, so my ability to exercise at peak aerobic capacity is somewhat reduced,” Page explained. “That said, my friends still think I have way more stamina than them when we go kitesurfing!”

Page’s May 14 statement about his health condition came a day before the Google I/O conference began in San Francisco.

Page’s condition began as a hoarse throat following a cold 14 years ago, and he was diagnosed with vocal paralysis in his left vocal cord.

“This is a nerve problem that causes your left vocal cord to not move properly,” Page wrote. “Despite extensive examination, the doctors never identified a cause—though there was speculation of virus-based damage from my cold.”

Then in the summer of 2012, Page suffered a cold and a hoarse voice again, leading to a diagnosis of “limited movement” in his right vocal cord. Page is left with a functional but softer voice.

Page is unsure if his vocal cord problems are related to his diagnosis of Hashimoto’s thyroiditis in 2003, which he described as a “fairly common benign inflammatory condition of the thyroid, which causes me no problems.”

On the Google CEO’s condition, Zeitels said, “Mr. Page described his condition accurately in his statement, and he is doing very well.”

Because little data is available on vocal paralysis, Page and VHI are asking patients with similar conditions to fill out a survey on VHI’s Web site to help the organization provide information about voice health and treatment options.