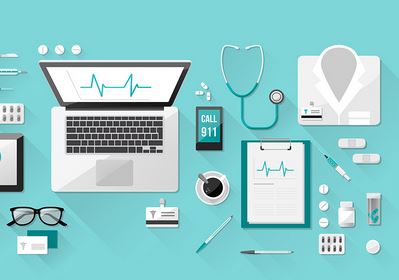 ORLANDO, Fla.–It’s a sign of the upside-down nature of the health-care industry in the U.S.: At a conference of the nation’s top health-care Chief Information Officers, leading experts said technology is not the solution.

Technology can and must play a role, they said at the CHIME CIO Forum—part of HIMSS19 pre-conference activities here this week. But according to speakers that included former U.S. Surgeon General Vivek Murthy, more elemental things—such as human emotion and social connectedness—play as big a role in determining the health and well-being of people as any lab diagnostic or surgical procedure.

Despite all of the technology now at the disposal of health-care providers, the U.S. spends twice as much as other OECD (Organization for Economic Cooperation and Development) member countries, but also delivers “poor outcomes”—industry jargon for “not very good health care.”

For example: The U.S. spends 17 percent of its GDP on health care, yet the country is 31st out of 34 countries in infant mortality rates; the U.S. also ranks 40th in the world in life expectancy, said Dr. Claire Pomeroy, CEO of the Lasker Foundation, a medical research organization.

More concerning, she said, is that life expectancies are going down overall and vary wildly within the country—even within the same city.

“If you are black in the United States, you live on average 10 years less. Health care is a half answer if the living conditions that cause those diseases prevail,” Pomeroy said. “Your zip code is a more powerful driver of health status than genetic code.”

Pomeroy calls these factors the “social determinants of health,” and they include education, housing, race, ethnicity, gender, occupation and job security, and other factors. “We must redesign the system around health equity and move from a medical model to more inclusive social determinants model,” she said.

One of the technology culprits around this issue is the electronic health record application, which has already created a lot of unnecessary divisions between doctors and patients. Each of these social determinants should be included in a patient’s medical record, Portnoy said, but most of the time they are not. If such data were collected in a record, patients could be identified and prioritized differently as well as offered different treatments or services.

On the bright side, she said, things are changing as new players enter the market, such as the CVS/Aetna tie-up and the Amazon.com, JP Morgan and Berkshire Hathaway partnership, who are looking to change the game.

The most important social determinant may be “social cohesion and community support,” according to Surgeon General Murthy. He cited loneliness and the breakdown of human connections for a myriad of health problems, including heart disease, addiction, depression and suicide.

Chronic emotional pain is rampant across the country, Murthy said. It creates a void people seek to fill to assuage the pain.

“It’s not a sign we are broken,” Murthy said. “It’s more like hunger or thirst. Emotional connections are in short supply.” Exercise and a better diet can be effective, but when we reach for alcohol or drugs, the results can be disastrous, he said. “Self-destruction is happening everywhere.”

Murthy made a call on the CIOs to do more to be leaders in their community and local hospitals to create programs that can treat the whole individual. In addition, more data needs to be collected and shared regarding public health issues, such as the opioid crisis, to better track and treat the disease.

Data is the key, they all said, and perhaps the new rule proposal issued this week by the Centers for Medicare & Medicaid Services (CMS) and the Office of the National Coordinator for Health Information Technology (ONC) will help. The proposal calls for improving patients’ access to their own health data, enabling them to access information including insurance claims, hospital and doctor records to digital devices.

A third speaker, Neil Jacobstein, chair of the Artificial Intelligence and Robotics Track at Singularity University and a distinguished visiting scholar at Stanford University, talked about how data, combined with artificial intelligence techniques, is prepared to radically transform health care. He cited more than $4 billion in health-care AI investment in the last five years and 106 startups focusing on AI in health care.

The problem is that despite advances in AI in recent years, putting it into practice is a ways off. IBM, for instance, has shown disappointing results of its IBM Watson Health venture, but Jacobstein said the jury is still out.

“IBM Watson has had problems but they are sticking with it,” Jacobstein said. “They know that this is a ‘boiling the ocean’ problem. It’s really difficult. Platforms are just coming up to speed to handle this. So stay tuned.”

A bigger issue may be the gap between AI expertise and health-care domain expertise, so he encouraged the CIOs to get their organizations to start learning about AI and problems that it may be used to solve. “Build your future organizations boldly and do it responsibly,” Jacobstein said.