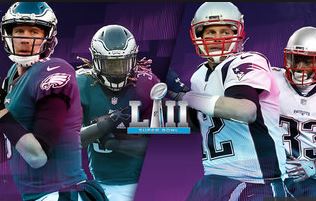 When you’re watching Super Bowl LII (52) today on television—and you probably are, because the nosebleed tickets were going for $2,900 and the high was 5 degrees in Minneapolis—you  aren’t likely to be thinking about the science of lighting up the inside of U.S. Bank Stadium. But you should.

On your high-definition screen (whether TV, laptop or smartphone), you’re going to take for granted the vibrant color of the green grass-like carpet, the colorful highlights of the players’ uniforms, the frown on the face of Patriot head coach Bill Belichick, and the darting lasers of the halftime show—not to mention everything else about the video presentation.

But rest assured, there’s a lot of IT science involved with making this whole show a great visual experience for everyone, both inside and outside the stadium. The images you see on television are not exactly what you see from inside the stadium, whether you’re in a nosebleed seat or standing on the sidelines; they’ve been enhanced for electronic video. There are different IT lighting requirements for both vantage points.

“Sports lighting is fascinating in how it’s evolved,” Kathleen Hartnett of San Jose, Calif.-based Lumileds told eWEEK. Hartnett is a physicist who has devoted her professional life to the development of LED (light-emitting diode) lighting.

Lumileds makes LED and affiliated lighting solutions for a wide range of use cases, ranging from smartphones to laptops, from auto headlights to office buildings, and from supermarkets  to sports stadiums. At some point, virtually everybody uses Lumiled LED lighting, whether you know it or not.

“You really need to light the presentation on the field for television but also make it a good experience for fans participating actively,” Hartnett said. “A lot of innovation from the lighting side comes from the properties of the LEDs and what you can do with LED technology that’s not been possible before with the incumbent technologies that first started in the sports lighting field.”

One of those items has to do with beam control, Hartnett said.

“This stems from local sporting venues, such as high schools, that are often surrounded by houses, for example. You don’t want the light from those fields going into the homes nearby; you want the quality light on the field, so that the players can play under optimal conditions,” Hartnett said. “This has to do with the optical source size and the properties of the LED itself, so that the light goes where you want it and doesn’t cause glare or spill light into the surroundings.

“These same things hold when you scale up from a recreational–type sports lighting to the type of lighting you find in arenas or stadiums, where the big games are played that are televised.”

U.S. Bank Stadium, which opened in July 2016, is a state-of-the-art facility and is equipped with several types of lightning for various events, and it’s important that it does.  This is because when you’re on site at an event, you don’t need as much artificial light to see the action as you do when you’re watching it on television.

Human eyes can make huge adjustments at a live event; on television, the technology has to make the adjustments for the remote viewers. LEDs have the ability to be adjusted for these varying needs.

“You can imagine an arena that hosts hockey and basketball. You need much warmer color points for basketball, given the contrast you want to provide from the floor, which is wood, compared to ice hockey, which is quite a challenge, because you have the white of the ice and the white edges of the backboards, and you have to provide that contrast to the light,” Hartnett said.

“In fact, both of those organizations (NBA, NHL) have set requirements and standards for professional games of the color-temperature of the lighting that needs to be provided. Some have even gone further to provide a TLCI spec for certain games.”

TLCI (Television Lighting Consistency Index) is a more accurate measure of color fidelity for broadcast use than CRI and this is especially apparent when viewing saturated colors, Hartnett said.

“Lighting optimized for a TLCI specification provides light that better matches to the camera’s red, green and blue response curves,” Hartnett said.  “The human eye perceives light differently than a camera does due to this difference in response to red, green and blue wavelengths.”

LEDs Are No Longer ‘Shop Lights’

For years, LEDs were pejoratively called “shop lights” and had a reputation for being creepy. Not anymore;  the technology has been improved big time since those early days. Often, the human eye cannot tell the difference between a new-gen LED and an old-school light bulbs.

The measure of light intensity as a function of wavelength is the spectrum of the LED; this varies by CCT and CRI. Correlated color temperature (CCT) is a measure of light source color appearance defined by the proximity of the light source’s chromaticity coordinates to the blackbody locus. A color rendering index (CRI) is a quantitative measure of the ability of a light source to reveal the colors of various objects faithfully in comparison with an ideal or natural light source.

LEDs are naturals at enabling beam control. LED lamps have a lifespan and electrical efficiency which are several times greater than incandescent lamps, and are significantly more efficient than most fluorescent lamps, with some chips able to emit more than 300 lumens per watt.

The LED lamp market is projected to grow by more than 12-fold over the next decade, from $2 billion in the beginning of 2014 to $25 billion in 2023, a compound annual growth rate (CAGR) of 25 percent. As of 2016, LEDs use only about 10 percent of the energy an incandescent lamp requires.

A color rendering index (CRI) is a quantitative measure of the ability of a light source to reveal the colors of various objects faithfully in comparison with an ideal or natural light source.

Lumileds has a reputation for being a first mover in lighting chip design, packaging and software. A year ago, its parent company, Philips, sold Lumileds to Apollo Global Management, making Lumileds an independent company. The transaction valued the lighting company at $2 billion.

Lumileds, which has an LED fabrication plant at its headquarters,  has more than 9,000 employees across 30 countries.

When you watch the Super Bowl today, know that some of those 9,000 employees are helping bring you vivid images of that game.