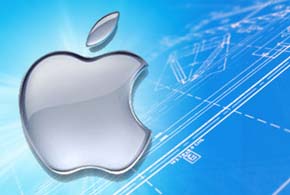 Is another battle between Cupertino and Redmond brewing over gesture and voice control?

Apple is in early talks to acquire for $280 million Israel-based PrimeSense, a specialist in 3D sensors and gesture-based technology, according to a report in the Calcalist. Microsoft licenses PrimeSense’s tech for it popular Xbox and Windows peripheral, the Kinect.

According to the Israeli paper, Apple sent a team to meet with PrimeSense in early July and lay the groundwork for a deal. The July 16 report notes that, if in fact true, $280 million is a low-ball offer. To date, the company has raised $85 million in venture capital, notes the news organization.

The deal was cast further into doubt by TechCrunch’s Ingrid Lunden. A source at PrimeSense called the report “BS.” The source goes on to say that the story is a result of “journalist delusion based on unverified and twisted hints,” Lunden wrote.

PrimeSense’s thoughts on such a meager bid? “280M? Come on! We’re worth 10 times that” followed by a smiley emoticon, added the source. Such a valuation, even in jest, is enough to give IT giants like Apple and Microsoft some pause.

The news comes amid a buildup of interest in gesture computing companies.

Harretz reported also on July 16 that Intel snapped up another Israeli-based gesture computing firm, Omek Interactive. According to the paper, Intel, already one of the firm’s backers, paid nearly $50 million to acquire Omek.

Harretz’s Inbal Orpaz wrote that Intel confirmed the buy a week ago. The chipmaker told the paper that the deal “will help increase Intel’s capabilities in the delivery of more immersive perceptual computing experiences.” The company’s “150 employees located in Haifa are expected to be integrated into Intel’s work force,” informed Orpaz. Qualcomm and Samsung were both reportedly interested in Omek prior to the purchase.

If Apple does in fact have PrimeSense in its sights, it may put the company on a collision course with longtime rival Microsoft.

Weeks after its launch in 2010, the Xbox 360 peripheral had already racked up millions of unit sales. “With sales already exceeding two and a half million units in just 25 days, we are on pace to reach our forecast of 5 million units sold to consumers this holiday,” announced Don Mattrick, the then-president of Microsoft’s Interactive Entertainment Business, on a Nov. 29, 2010.

Its popularity was bolstered by an enthusiastic community of hardware and software hackers that enlisted the device for projects ranging from 3D scene captures to controlling robots. This spring, Microsoft updated the Kinect SDK with 3D scanning support and a new gesture control toolset.

Kinect also features heavily in Microsoft’s battle for the living room. Once an optional add-on for the Xbox 360 game console, the next-generation Kinect motion controller will be included as standard equipment when its successor, the Xbox One, hits store shelves in November.