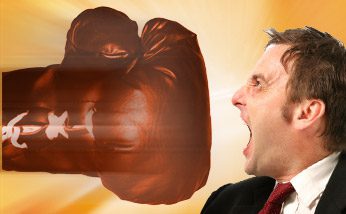 Sony had a tough act to follow. After teasing its next-gen video console on Feb. 20, the Japanese electronics giant finally unveiled the PlayStation 4 on June 10, just hours after Microsoft hosted a games-focused media event packed with blockbuster franchises and highly anticipated titles for the Xbox One.

Despite some lulls and a lack of big budget props like the exotic McLaren sports car that Microsoft raised onto the stage, Sony delivered a couple of bombshells at the E3 video game show that resonated loudly not only among the PlayStation faithful, but also the industry at large.

Sony announced that PlayStation 4 will cost $399 when it launches later this year, undercutting the Xbox One at retail by $100. The Xbox One will cost $499 when it hits store shelves in November.

It bears noting that the Xbox One includes a Kinect sensor as standard equipment. Outfitting Sony’s video game console with the PlayStation Eye camera will cost an extra $59, narrowing the price disparity between both devices. Nonetheless, Sony scored points with its pricing strategy, according to The Verge‘s Sam Byford.

“We already knew that the PS4 edged the One on power, so for Sony to undercut Microsoft by a full $100 at launch is a shocking and impressive move for the Japanese giant,” wrote Byford. Xbox One’s Kinect-enabled features may not have the same appeal as jumping into next-generation gaming for $100 less. Byford argues that the Kinect’s impact “on the gaming experience is questionable; it’s also unclear whether it will hold much appeal for those same consumers willing to pay $499.”

While both companies have opted for similar AMD-powered architectures, device aesthetics and launch windows—November 2013 for the Xbox One and the holiday season for PlayStation 4—Sony boasts slightly better specifications (8GB GDDR5 versus 8GB DDR3) and an angled, slimmer design.

Sony is also claiming the advantage in one area of strong interest to video game enthusiasts: used games.

Microsoft has come under fire in recent weeks for its position on video game trade-ins. Although optional, publishers will be able to place restrictions on trading used game discs, including reserving participation to select retailers. Microsoft will not impose these restrictions by default, but the capability requires that the Xbox perform online authentication at least once a day, which may affect offline play.

Sony Computer Entertainment of America president Jack Tretton announced on June 10 that the “PlayStation 4 won’t impose any new restrictions on used games,” to which the audience exploded with applause. Additionally, it will be region-free, meaning that it can play discs released in other territories whereas the Xbox One will be region-locked.

“Sony has somehow emerged with a huge PR win by letting the PS4 do something that game consoles have done since the dawn of time,” noted Byford. Clouds threatened Sony’s moment in the sun when it learned that publishers were free to impose DRM, but Sony clarified that the system will mirror the current state of affairs on the current PlayStation 3, which has proven used-games-friendly to date.