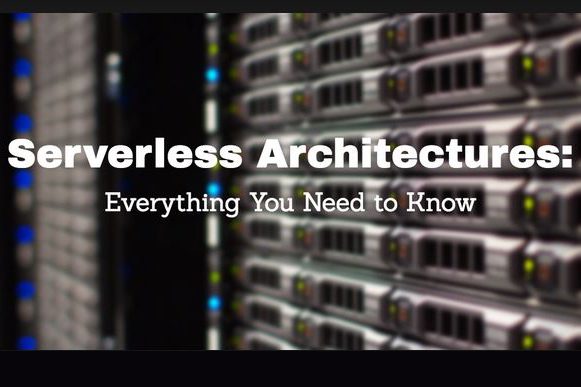 How do data workloads get processed in a so-called serverless IT system? Trust us; they do.

Of course, serverless–otherwise known as FaaS (function as a service)–doesn’t mean there isn’t a server doing the heavy lifting; it’s about the user not seeing or maintaining the server and not caring where in the world it’s located. It’s all about getting the work done in a timely manner somewhere.

Amazon’s AWS Lambda is the biggest and best-known example of serverless computing, whose days ahead are enticing to more than a few IT managers. Lambda is an event-driven computing platform developed by Amazon to automatically fire, or execute code, when a specific event occurs. Lambda executes code only when needed and scales automatically, providing potential cost savings and flexibility for enterprises when it comes to handling some of their data processes and applications.

Amazon debuted AWS Lambda at its re:Invent conference in 2014 as a “serverless” platform for enterprises to run code in the cloud without needing a physical server and without the need to provision or manage any servers on the enterprise’s end.

AWS Not the Only FaaS Provider

In terms of application code, AWS Lambda supports Node.js, Java, C# and now Python, so as long as developers write their code in one of these languages, the code can run within the Lambda runtime environment and utilize Lambda resources.

Amazon is not the only FaaS provider. Others include Google Cloud Functions, Microsoft Azure Functions, IBM OpenWhisk with an open source implementation, Iron.io, and Webtask.

Serverless workload production is still very much in its infancy, but if various prognosticators in the IT world are correct, it will grow pretty quickly into an adult right before our very eyes.

Here are some perspectives on the future of serverless processing from industry experts.

Kalyan Ramanathan, Vice-President of product marketing, Sumo Logic: Serverless computing could be the future after containers.
“AWS Lambda adoption has almost doubled, up from 12 percent in 2016 to 23 percent in 2017. The whole idea of serverless is that it moves microservices into the future by entirely skipping over containers and DevOps. The fact that one in four developers are already using serverless sends a strong message to anyone who follows the arc of application architecture and adoption. The message is that IT leaders are already talking about DevOps, but serverless takes IT to an entirely new world–NoOps–where applications run in the cloud without an infrastructure.”

Dan Nydick, Technical Director, Avere Systems: We’ll see more serverless tech and hosted services.
“Organizations often spend significant time and effort managing compute infrastructure, a cost which is not central to their mission. No longer having to manage this infrastructure has always been one of the main benefits of moving applications to the public cloud. The cloud vendors are providing increasingly high level managed services that allow customers to concentrate on their mission without needing to be distracted by management of virtual machines, web servers or databases. We’ll see increasing use of hosted, scalable web services (such as Google App Engine and AWS’s Beanstalk) and of serverless technologies, such as AWS Lambda and Google Cloud Functions, as a more cost-effective way to manage and deploy complex enterprise applications.

“We expect the cloud vendors to continue the progression to higher level managed services, such as fully managed distributed databases (Google Cloud Spanner), and new abilities for third parties to sell applications hosted in the public cloud (Azure Managed Apps).”

Steve Deasy, Head of Platform, Atlassian: How 2018 will change the way software is built.
“Serverless frameworks will see a spike in popularity, which will be accompanied by supportive tooling from the major cloud vendors. In addition, data-driven applications will continue to gain popularity, as will the demand for engineer support in the form of tools, infrastructure and wrangling capabilities. Lastly, in ‘Mortal Kombat’ style, Kubernetes will deliver a fatality to existing platforms.”

Tim Prendergast, CEO, and John Martinez, VP of Customer Solutions, Evident.io: Container and serverless computing ramp up, but they will create security headaches.
“In 2018 companies will move to adopt the cloud-native approach, and the traditional host-based operation system will either become irrelevant or it will need to reinvent itself or die. From a security standpoint, no one is really prepared to secure all these containers and functional compute opportunities, but people are adopting it nonetheless.”

Jason McDonald, President U.S., Contino:  Serverless adoption will continue increasing its influence.
“Serverless IT will move from the niche corners of the cloud estate into the spotlight as it addresses the three key areas that keep IT admins up at night: speed, cost and risk. In fact, Amazon launched AWS Fargate at re:Invent, representing a monumental shift in the evolution of containers by removing servers, eliminating the infrastructure management required to run ECS clusters.

“There is at least one major U.S. bank that is now running enterprise consumer apps with a full-time Lambda-based infrastructure that addresses cost and scaling concerns. There will be an increasing number of stories like this where cloud-based stacks move more and more to serverless structures.”

Paul Stephenson, Field Evangelist and Principle Systems Engineer at OVH US: It will become more clear which use cases serverless computing solves.
“This technology is very exploratory right now, but event-driven is here to stay. I’m excited to see what happens in this space, because anything IT can do to increase performance while keeping the same or lower risk profile will push businesses to investigate and invest.”

Seth Noble, CEO of Data Expedition: Serverless will integrate with other tech in 2018.
“Cloud vendors have traditionally left many critical-path elements of cloud migration to customers and third-parties. This has created hidden costs to key areas such as data ingest, data organization, and application deployment. In 2018, we will see more customers demanding practical vendor solutions such as real network acceleration (not just shipping hard-drives), closing the gap between object storage and file storage, and better tools for integrating server based applications with serverless services.”

Sirish Raghuram, CEO of Platform9: Kubernetes will become more influential in serverless AWS Lambda deployments.
“Not only does Kubernetes (a scheduling service for microservices inside containers) open up clouds to being cross-shopped more easily, itcould also dull the value of other high-value application services these clouds provide.Consider, for instance, a popular AWS service like Lambda, for serverless computing. There are a range of open-source alternatives, such as Fission, which provide the same value proposition, while being open-source and running on any Kubernetes cluster. This is just an example of how there could be cascading shifts in value from cloud providers’ own native services to the range of application services that are available within the Kubernetes ecosystem.”

Nara Rajagopalan, CEO, Accelerite: Serverless will change the development paradigm.
“The technology of infrastructure keeps shifting constantly–from VMs to IaaS to PaaS, and now to the latest rage, containers. But the developer’s way of creating, scaling and ensuring reliability of his or her applications has barely shifted. The best ‘cloud’ is the one you don’t see – who doesn’t love a clear sky! IFTTT is my favorite tool. (Editor’s note: IF This Then That, also known as IFTTT (pronounced /ɪft/) is a free web-based service to create chains of simple conditional statements, called applets. An applet is triggered by changes that occur within other web services such as Gmail, Facebook, Instagram or Pinterest.) You create recipe, deploy it–and it just works. You don’t know if there is a cloud anywhere, but your recipe works, scales and is available for you at all times. If IoT recipes can be created this way, why can’t be all programs? Serverless programming allows a developer to be removed from the infrastructure concerns. All the developer should be concerned about is coding the application behavior. Because of this fundamental shift in the development paradigm, serverless will mature fast and be here for a long time to come. Perhaps I’m biased as I programmed a lot using Miranda (the best functional programming language ever!) during my grad school.”