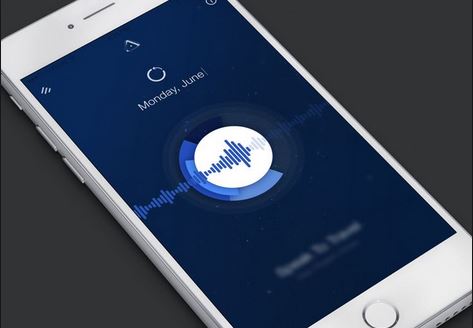 While businesses certainly value new customers, even more valuable are loyal customers who continue doing business with the company. One way to keep them coming back is to build flawless customer experiences across each support channel—from text and web chat to email and voice.

Consumers have always looked for the most efficient path to connect with companies, especially when faced with conflicting priorities and time pressures that make it tough to reach out to companies to get things done. To support these customers, many businesses are turning to technologies like voice assistants to improve their customer care capabilities. The technology has grown alongside that of voice assistants like Siri and Alexa, and it has shaped consumer expectations about speed and efficiency.

In this eWEEK Data Points article, using results of an Interactions study conducted by The Harris Poll that looks at Americans’ preferences around artificial intelligence (AI), we offer six considerations for businesses deploying voice-based virtual assistants to enhance the customer experience.

Data Point No. 1: Americans are split on text and voice.

Dig a little further into the data, however, and it’s clear that the real issues are convenience and speed to resolution. People who say they prefer texting or typing do so because it’s faster (57 percent) or can avoid the wait time (39 percent). There are situations, though, where nearly all Americans (94 percent) would rather speak with a company to get the quickest resolution.

Data Point No. 2: Companies have been doing voice all wrong.

Many businesses have made it tough to speak with them by creating long wait times or using outdated interactive voice response (IVR) technology. Among the top frustrations with using voice channels, 52 percent of Americans cited having to repeat themselves, 49 percent said not being able to bypass those systems to get to a live agent and 46 percent didn’t like listening to lists of irrelevant options presented by IVR systems.

However, if the voice system works well and allows callers to speak naturally, an AI-powered feature, 94 percent of Americans say they would choose voice over text in many instances. As a matter of fact, two-thirds of Americans indicated that if a company implemented an AI-based virtual assistant that was effective and quick, voice would be their preferred channel, and the voice preference is even higher (68 percent) for Millennials. With customer care technology, this points to a need for voice systems that allow people to speak naturally, removing the menus that often feel like roadblocks.

According to the Harris Poll and Interactions study, those who prefer voice over text when communicating with a company say they find it easier to talk than to type, especially when dealing with complex problems. The severity of the issue and number of steps needed to resolve it affect the preference for voice or texting or typing. For example, when they have an issue that takes multiple steps to resolve, 48 percent of Americans prefer voice.

Data Point No. 4: They also opt for voice when personal information is involved.

When dealing with issues that involve personal information such as birthdays and account numbers, two in five Americans said they prefer voice if texting and typing is not practical, because it seems more secure.

Data Point No. 6: Effective and quick voice AI can increase purchases or recommendations.

If a voice AI system works effectively and quickly, its perceived value skyrockets. The Harris Poll and Interactions study found a positive interaction with a voice assistant would make 69 percent of respondents likely to recommend the company to a friend and 60 percent more likely to make a purchase.

As consumers become increasingly comfortable with voice technology, the application of voice in customer care strategies is becoming more prevalent. Companies are more aware of how their customers want to communicate with them to get things done, and as a result are prioritizing their preferences. Intelligent voice assistants that work efficiently and take customers preference into consideration can help increase loyalty and trust by giving customers a fast way to communicate with companies, which ultimately is the biggest goal.