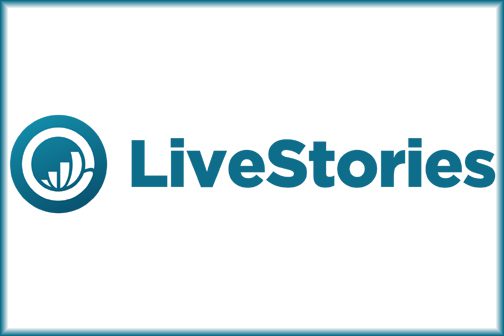 LiveStories, a new integrated data hub provider in which users can find, explore and present publicly available data all in a web-based platform, announced the close of $10 million in a Series A venture capital round.

Led by Ignition Partners with participation from True Ventures and Founders Co-Op, this brings LiveStories’ total funding to $13.9 million since the company was founded in 2015.

Utilizing the LiveStories cloud service, people can explore thousands of indicators from various public data sources, each with interactive charts and maps. These indicators cover everything from obesity rates to poverty rates, rents, population growth rates, crime statistics and many others.

This service greatly streamlines the process of sourcing, exploring and sharing data stories for both technical and non-technical users. It also provides a central location for internal and external teams to collaborate in building and telling data-driven stories.

All Information is Vetted from Official Sources

Most important is that all the information obtained through LiveStories is vetted public information from official sources.

LiveStories was started up to enable people to obtain truth in content, something that has been a basic human fault throughout history.

“I was born in Bangladesh, known every year as one of the most corrupt countries in the world,” CEO and founder Adnan Mahmud told eWEEK. “My dad worked with the government, and he wasn’t corrupt himself, but I had a front-row seat to see how information is manipulated to benefit the few. That was the backdrop in which I grew up.”

After being schooled in computer science in the U.S., Mahmud got a job at Microsoft, where he managed the two largest data pipelines for the company for several years before starting Live Stories. “For most of my life since childhood, I’ve been about giving people better access to information,” Mahmud said.

In 2009, Mahmud started a non-profit called Jolkona, whose mission is to educate, engage and empower a new generation of philanthropists by directly connecting them to changemakers. He is also active as a philanthropy consultant, with focus on youth engagement.

LiveStories will use the new funding to deepen its investment in its core product offering through the introduction of new features, enabling customers to build even more engaging data stories that bring greater transparency to civic data. The funds will also be used to hire across the organization, with a focus on building out the company’s sales, marketing and product teams.

To accommodate the growth, LiveStories will move to a larger office space in the Seattle area.

“LiveStories is doing for government what Bloomberg did for the financial industry and Zillow did for the real estate industry,” Mahmud said. “We are empowering our customers with data that can be used to inspire positive change in communities nationwide. Our mission is to break down barriers and enable people, teams, and entire organizations to use civic data to improve people’s lives, health, work, and communities.”

Transparency, Applicability of Data is the Key

Ignition’s investment in LiveStories is due to three key factors, said John Connors, managing partner of the VC firm.

“First, LiveStories’ technically and economically efficient platform built to ingest, clean, normalize, analyze and publish civic data gives it a competitive edge,” Connors said. “Second, the platform appeals to a large market that spans from small municipalities to federal governments and a wide range of corporate buyers. Third, the company’s vision that includes increasing transparency and applicability of data impacts all of us.”