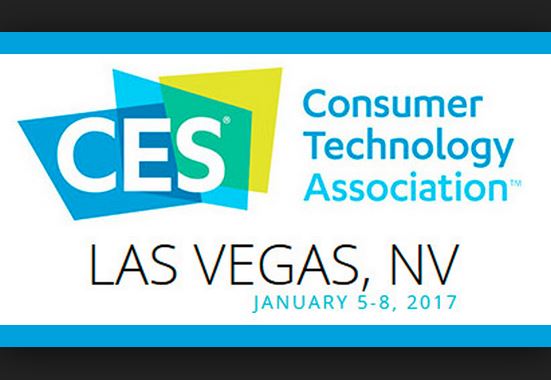 The International Consumer Electronics Show 2017, which opens Jan. 3 in Las Vegas, is expected to attract 177,000 attendees for its five-day run at several locations in the desert city.

This is the only time in the year in which one will see widely disparate companies such as Ford, Lenovo, Seagate LaCie, Dok Wireless, Dell, Skybuds, GDU Drones and a gazillion others all within walking or Uber distance of each other at the Convention Center and a dozen other places. Comfortable shoes, hiking or whatever, are definitely in order if you want to see enough of this event to make it worth your while.

CES is all about devices, whether for consumer or business use. Yes, “Consumer” is the “C” in the title of the show, but so many personal devices now are used in business environments that the nickname “CES” is outdated.

Artificial intelligence in just about everything, virtual reality, the internet of things, voice control of everything, connected autos, drones, video gaming, streaming and conventional television, security of devices and systems at all levels, and the usual crazy inventions that one would never expect are the main themes.

Innovation Still Emanating from Consumer IT

At eWEEK, however, we look first at the enterprise side of IT, fully realizing that a high percentage of new ideas that come into it originate in the consumer development world. After all, if there’s such a thing as “quick money” and control for software developers–and if they are lucky on what they focus–the consumer app world is a much more likely place for that to happen.

Dublin, Ireland-based Accenture is one of the world’s largest and most successful IT integrators, employing more than 394,000 professionals in 120 countries worldwide. This outfit knows where the trends are, because they’re always working on new installations of all types.

John Curran, Managing Director of Communications, Media and Technology at Accenture, assessed the most important themes of this year’s CES and sent the following information in short bites to eWEEK.

Curran: “Thinking artificial intelligence is doing to be the prevailing mindset at CES 2017.”

–Artificial intelligence has been a growing storyline at CES in the past few years. But at CES 2017 it will be a more dramatic and pervasive story them than at any previous CES. In fact, AI could very well be “The Story of the Show.”

–Expect AI stories focused on experiences powered by AI though not necessarily visible to the consumer. This story is about the convergence of AI capabilities, such as machine learning, natural language processing, and analytics, that spawn more fidelity and more personalized responses.

–AI uses software algorithms and programs to make computers think, predict, learn, and solve problems more like humans to create more efficiencies and other benefits in peoples’ lives. Thus far this goal has not be completely achieved because computer intelligence hasn’t attained human levels of intelligence. But various types of substantial progress is being made towards this end.

–Expect to hear about more new AI applications technologies, products, services and applications than you ever have at this event. These would include AI applications for the automotive, smartphone, robotics, and health and fitness markets.

–Look for news about AI use in smartphones to ascertain that you have a defect and alert you to this problem. You may receive an ad on your fitness monitor of high relevance to you.

–AI can use historical data and trends to predict the future such as peoples’ buying behaviors. For example, the consumer electronics industry is already leveraging machine learning, a type of artificial intelligence, to increase the number of consumers reached with well-targeted advertisements. You will see how the technology more fully integrates into our lives.

–The AI market is riding a fast growth trajectory. By changing the nature of work and spawning a new relationship between people and machines, Accenture research finds that AI could double annual economic growth rates by 2035 and boost labor productivity by up to 40 percent.

AI will: 1) enhance lives of humans and drive tremendous economic growth in the process; 2) transform business processes by making them more intelligent; and 3) provide a more effective way for humans to interact with machines to allow us to take maximum advantage of a machine’s data processing capabilities

–According to BofA Merrill Lynch Global research, the U.S. AI and robot market is estimated to be $153 billion by the year 2020 — $83 billion for robots and $70 billion for AI.

–While the first story to watch is more about experiences of AI though not necessarily visible to consumers, this second story is about how AI is emerging is as front and center to them. The story will be about the availability of platforms upon which intelligent assistants can plug into.

–These platforms provide real-world utility to the interactions, everything from telling you the weather to playing music to controlling the temperature in your home. For example, intelligent virtual assistants, such as Siri and Alexa, will be one of the biggest artificial intelligence stories at CES and bigger than ever at this event.

–Holiday sales of intelligent assistants are expected to be brisk. Expect there to be more introductions of these products at CES than ever.

–Anticipate plenty of news about higher-performing and more reliable intelligent assistants in which consumer electronics technologies interact verbally with humans such as to ask questions and make suggestions.

–Intelligent assistants can help send messages, for example, and update a person when he or she is running late for a meeting.

–Messaging platforms such as Facebook Messenger and WhatsApp, which have become popular with more than a billion monthly users, could evolve to become a one-stop shop for messaging, entertainment and payments. Expect news about these platforms being more widely used in consumer electronics products.

–Accelerated by the emergence of Amazon Echo and Google Home, intelligent assistants are transforming our lives by making everyday tasks easier. Examples include prioritizing emails and making their users more effective and efficient.

–The growth in sales of digital assistants could help accelerate the Internet of Things market, creating new applications and services to make devices more valuable and useful.

–The global intelligent virtual assistant market is projected to expand at 32 percent from 2016 through 2024, according to Transparence Market Research. The market was sized at $627 million in 2015 and projected to be $7.9 billion by 2024.