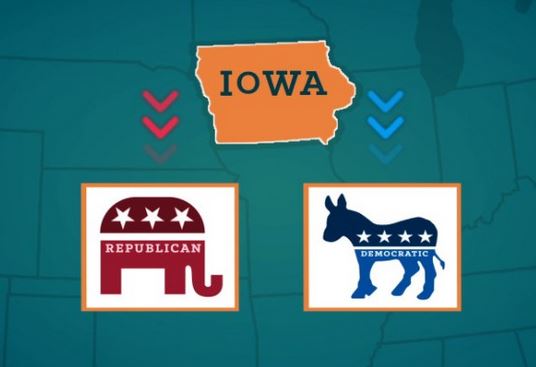 Veritone, an ambitious startup that wants to do for the spoken word what Google did for Web search, has launched a new division devoted specifically to political campaigns.

This is all particularly timely on Feb. 1, the date of the Iowa caucuses and the official kickoff of the 2016 U.S. presidential campaign.

Newport Beach, Calif.-based Veritone, which launched last September, announced on Jan. 28 the availability of Veritone Politics, a cloud-based platform designed to help candidates win elections. It does this by “scraping” the Internet for audio from radio, podcasts and videos on a 24/7 basis to provide new sources of content to inform campaign managers.

Campaigns have always relied heavily on polls to determine trends and predict election outcomes. Until Veritone, however, they could only use a small fraction of the information available to them because most of it has been buried in unstructured data sources — such as in radio and television interviews.

Through its natural language processing engine, Veritone’s cognitive media platform used in Veritone Politics transforms previously untapped media sources via a set of cognitive engines that work together to transcode and transcribe content so it can be accessed via search tools. This can provide real-time insight into audio and video content from campaign activities, whether on radio, broadcast, YouTube, podcasts or private media such as speeches and tracker videos, McKnight said.

Veritone also contends that the engine can analyze sentiment on how speakers are responded to; translate content to reach non-English constituents, and identify media associated with a candidate or other influencers through facial recognition.

Go here to hear and see is an example of the kind of content Veritone Politics provides.

Speech recognition is done well by only a few companies, with Nuance (Dragon), the largest provider, and Microsoft among them. It’s very difficult to do it well; in fact, the industry is still researching ways for speech recognition software to work with multiple voices. As of now, all of them only work with a single user, learning and remembering speech patterns and styles in order to produce accurate transcriptions.

With its new platform as a centerpiece, Veritone also is providing a new open ecosystem for developers, businesses and content owners to collaborate and monetize the insights gained by programmatic cognitive analysis of audio and video streams.

As the 2008 presidential elections proved, social media and digital technologies are now a major component of successful campaigns. Veritone Politics empowers campaigns by providing access and deep insight into previously untapped sources of audio and video to uncover critical information that can be acted upon, in real time, McKnight said.

Voter outreach and field teams are able to construct and drive a campaign’s narrative by using competitive research and other intelligence. With the ability to search rich media by keyword and receive real-time notifications on what’s being said about a candidate or competitor, teams gain new intelligence to prep a candidate on local sentiment and issues while on the campaign trail and gain insight into competitor messaging for targeted speech writing, McKnight said.