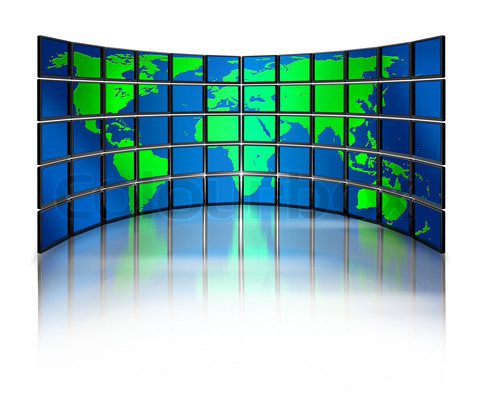 STANFORD, Calif.—Here at eWEEK, we know quite well that our readers want to know the important news about what has happened, as well as what’s happening today. We also know that they want to know what’s going to happen in the future—as far as our informed sources can project.

So here’s a projection of sorts about something to expect in the future: Someday, you will walk into a specially outfitted, Telepresence-like room in your home, push a button or two, and then be transported in 3D virtual reality to some far-off place that looks, sounds and feels so real that you could swear you were there in person.

That’s one way to use the Telepresence scheme (which is Cisco Systems’ product name, by the way, and it’s not specific to this story) to save costs on travel expenses.

Looking Closely at the Internet’s Future

This is simply one example of a look into the future of the Internet from a recent presentation on the Stanford University campus, where a great percentage of Silicon Valley’s IT industry was conceived, planned, configured and deployed. The presentation was offered by Larry Smarr, founding director of the California Institute for Telecommunications and Information Technology (Calit2), a University of California, San Diego/University of California, Irvine partnership.

Smarr was a guest speaker at Stanford’s Center for Advanced Study in the Behavioral Sciences, a rising think tank for a number of disciplines. Smarr’s topic, “The History and Possible Futures of the Internet,” drew a full-house audience at the CASBS’s compound in the hills above the campus.

Smarr is a stout defender of government involvement in partnering with the private sector in innovating IT to the betterment of our culture and society in general.

“Much of what we will see in the future of the Internet engages social interaction,” Smarr said. “This, of course, includes the rise of the mobile and social networks, which we’re already familiar with. This is only the tip of the iceberg. Look at all we’ve accomplished in the last few decades with the Internet, which started out as a government/university partnership in the 1970s.

“Where did all of this come from? Government funding in universities, prototyping the future—and then it gets out. Like a genie out of the bottle.”

As one example of this continued track of innovation involving government-private sector partnerships, Smarr said, the Internet as we know it today will be morphing into larger and larger form factors, so as to seem to envelop people within them.

Smarr showed a slide depicting a 64-megapixel wall of screens inside a room, showing an image of the Earth from space, which was remarkable in its clarity.

“Each of these [on the wall] is a high-definition LCD screen that you would be happy to have at home,” Smarr said. “This all appears to be seamless, driven by the digital signage industry. This is a 30,000- by 14,000-pixel image from the Hubbell telescope, for example. It turns out that there are 1 billion—in fact, 5 billion—pixel images all over the place. You walk into a room with say, 32 monitors like this, wearing 3D glasses, and it looks so real you think you’re right there.

“This type of visual immersion is all not that far away. The pieces to put this together are all out there now.”

Blank Walls Will Be Put to Use

Smarr said that while we’re used to using small screens on smartphones, tablets and laptops to do most of our work and explore the world, “just think of all the blank walls in 100 million buildings in the United States, and houses. I’ve said this for many years, but I think they’re all going to become electroactive and linked to the Internet.”

Smarr described a sort of “3D-capable wallpaper” that is now being developed that serves as an image monitor.

“This would be removable, electroactive and connected—totally interactive. This is all just running off PCs with graphics cards now used for video games. As a result, they can recompute the world so fast, that if we just put on an infrared head tracker to know where you’re looking, it redraws the world faster than your brain can tell what’s happening,” Smarr said.

“It’s like being in reality. ‘Reality’ is just there for you.”

Smarr said that IT like this can be used for capturing cultural heritage all over the world for educational purposes—as well as being used simply for travel adventures. For example, Smarr showed images of the Luxor in Egypt, photographed in 360-degree HD and in stereo for 3D views.

“You can ‘visit’ Luxor and interact with it, learn something from it,” Smarr said.

What other possibilities can this new tech bring? We’ll soon find out.

This is but one small facet of future IT that eWEEK will be exploring in the “Innovation” section. We will be publishing more of this—some of which comes from Smarr and his futuristic studies—here in the future. Stay tuned.