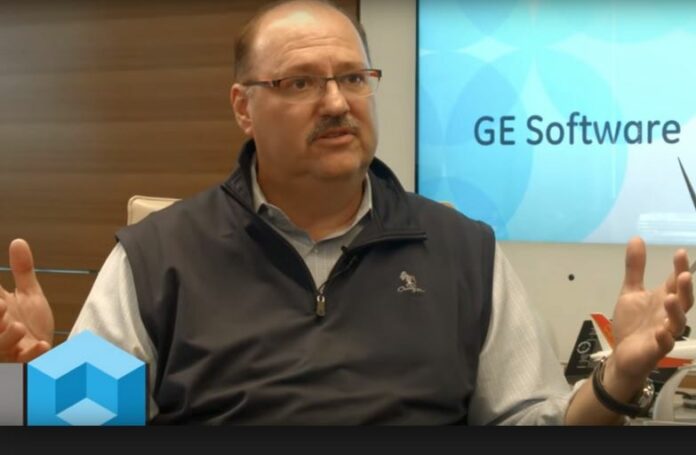 Like all enterprises large or small, GE has had to change with the times or else fade into oblivion, which has been the fate of many a formerly successful company. In the second decade of the new century, the company is facing a pivot by adding machine learning and artificial intelligence software to its steady long-term production of industrial hardware and professional services.

GE’s industrial internet-of things division, GE Digital, opened its doors in August 2015 with its own cloud network for automated apps to run in numerous industrial networks, which, in turn, work inside the industrial IoT to perform machine-data tasks.

GE describes its Predix (pronounced “predicts”) Cloud as the world’s first and only cloud solution designed specifically for industrial data and analytics. The platform-as-a-service uses GE’s own Predix operating system to capture and analyze the volume, velocity and variety of machine data generated across the industrial world within a secure, industrial-strength cloud environment.

GE Digital on July 25–two years after the launch of Predix–will unveil a new development tool suite called Predix Studio, which GE Digital customers can use to create something called Digital Twins and customize applications that run on Predix. eWEEK will carry that news story; Digital Twins are described in this article.

The man in charge of all of this is Bill Ruh, CEO of GE Digital and the Chief Digital Officer for GE. GE Digital supports customers globally with a wide range of industrial internet applications, from asset performance management, operations optimization and brilliant manufacturing to platform-as-a-service, cloud and cyber security. As the CDO, Ruh is responsible for global IT as well as creating GE’s Digital Thread a next-generation system for streamlining design, manufacturing and support processes.

eWEEK sat down for a one-on-one interview with Ruh on July 14 at the company headquarters in San Ramon, Calif.

Q: What was GED’s path in the development of Predix?

A: We launched the Predix portfolio about 18 months ago. The company went through three stages: I’m here 6 years; I’d say the first two years were exploratory strategy. Six years ago, our Chairman and CEO Jeff Immelt could begin to see that analytics and data were becoming more and more an important part of our customers’ journey in using our machines. Meaning he could see they were exploring the use of information coming off machines we sell: jet aircraft engines, wind turbines, gas turbines for power plants, CT scanners and so on. Our customers had a strong desire to get more efficiency out of those machines. He recognized early on that if we didn’t know more about our machines than anybody else, then shame on us, right?

For an industrial company, this is the hardest thing, because they don’t have digital DNA. They have IT, but not digital DNA.

Q: How would you describe that difference?

A: We, like everyone else, looked at the IT function as a back-office function–the ERPs, run the business, make sure you had everybody’s records correct, get billing done, and so on. Digital is a product-management process. You have to be thinking about how your product line of the future is going to look like. Mechanical engineers think of future functions as mechanically oriented but thinking of future functions as digitally oriented is very different. Now there’s a gap: Your IT function isn’t really set up to build digital product, but they oftentimes have great insight into the information that you can use. The traditional product guys are not set up to know what to do with information. They view it as “take a look at it quickly, throw it away, you’re done.”

So there was a gap in the company, so we spent a few years figuring out what’s the real value here. We realized that you could come up with a whole new set of outcomes for your customers based on the use of data and analytics. The second thing is that an industrial firm has great domain knowledge, and unlocking that domain knowledge for the analytics is the differentiator.

We used the second two years doing it (using Predix) for ourselves. It wasn’t so much that we building Predix is that we were trying to understand: “Could we get value out of data and analytics, and what do you need to be able to do it at scale?” So we realized a couple of things out of that: One is that there didn’t exist a platform for connecting industrial machines at scale, for building the kind of analytics that are necessary–which we call Digital Twins–and for being able to deliver outcomes to our customers around their processes.

We put together a business plan in that second phase, sold it inside the company, then created GE Digital (in 2015) as the business unit to take this forward. We did something unusual: We brought the IT function together with the digital function, creating a single integrated unit.

A: It is. I think people think the talent is different in IT versus product. It’s not. I think great companies find that these things should be integrated, you want to continue to develop your people together–they’re better together.

For us, our strategy is simply this: Do it for ourself, which we call “GE for GE”–always first. And it turns out our customers love it, because they like to see that we do it. The second thing is: Do it for our existing customers, and then take it out to the broader industrial world.

Q: True or false: Every customer of GED’s now requires a customized solution.

A: Today I’d say that’s true, and I think the reason why is because it’s all being invented as you go along. You can’t underestimate the complexities of the processes that industrial firms deal with.

There’s a big difference between, say, Schindler Elevator as a customer and another company. At the trivial IoT level, it all sounds the same: connect machines, add in analytics, get results. But running it and getting value out of an elevator operation and doing it for DB Cargo, a big German transportation company–they’re doing the same thing, connecting machines, doing analytics–but those processes are very different. The value is in the custom analytics that take the domain knowledge that you have as a company and unlock it for your own value.

So you very quickly find yourself deep into the kind of processes an organization has, and the machines they have, and how they’ve connected in the way they do business. One steel plant is different than another steel plant; they both produce steel, but there’s different hardware, different vintages, different processes–and there’s even different varieties of steel products.

Every one of these businesses comes with a unique complexity and usage of analytics, and you cannot underestimate the power of that. That’s a differentiator for that organization.

Q: What’s your take on the way intelligent machines will be interacting with humans in the future?

The future of autonomous vehicles, for example, isn’t even the tip of the iceberg–it’s a snowflake on the iceberg. The real “autonomouses” are going to occur in the big industries: mining, rail, marine, energy, et cetera. Plants are all going to move to be more autonomous; it doesn’t mean zero people, but it does mean people will be doing things to keep the autonomous nature of work moving.

Q: What is GE Digital’s approach to the “smart city” concept that IBM and others are so involved in at this time?

A:  We have a different perspective on this. You don’t walk into a mayor’s office and say, “I have a smart city, would you like to buy one?” My personal opinion is that we are misunderstanding what a smart city is. Smart cities have been happening for a long time. It’s a great marketing term, but the reality is that the intelligence is occurring in the systems that we’ve always had. The water departments are buying more autonomous systems; the energy groups are buying more energy. The buying centers were always there; there’s no new buying center for a smart city. The concept of smart cities making our cities more efficient is the same concept as autonomous vehicles.

What is changing in many of these organizations is the ability to manage the city horizontally–the ability to finally get information and connect things that weren’t connected before because they operated in siloed infrastructures. That’s the new thing in these environments.

Q: How do you define a Digital Twin, and what benefits does it bring?

Machine learning can say, “Hey, something’s going to break.” So what do you do about it? Fix it now, should I fix it tomorrow, or should I wait a year to fix it? By the way, that question is worth a lot of money to people. So the ability to know when a part is going to break on a jet aircraft engine is awfully important–especially to the people who are flying! But the ability to know, “Oh, I can fix it tonight after normal operations,” and in a scheduled downtime, or do I have to delay the next flight? Those are important considerations to be made.

We think that you’ll be able to determine whether a part wil break hundreds of flights ahead of time. Everything then becomes normal maintenance. This is no unscheduled downtime. That is, we think, a game-changer for the world.

The Digital Twin is the ability to see that something’s going to occur. And then it’s the ability to model out and do a million simulations, which cloud computing allows us to now do. It will tell you, “Here is the most efficient way to deal with this situation.” That’s what we see as a Digital Twin; you’re building a model of a specific machine, constantly monitoring it, always looking to make it more efficient.

In the future, I would say, every human will have their own Digital Twin. All the data we get from these medical machines, as well as from FitBits, et cetera, we can finally take and put it into something and allow that Digital Twin to say, “Here are suggestions on how to eat, on how to exercise … oh, by the way, now’s the time to go to the doctor.”

This ability for every machine, biological or mechanical, to be able to have a Digital Twin, that’s the magic that moves it away from general machine learning and into delivering outcomes that are unique for an individual machine.