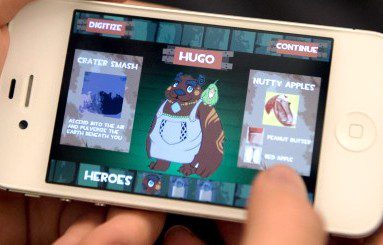 Yahoo is making quick work of branching out its Web services offerings in mobile, business productivity and gaming.

On May 23, three days after Yahoo revealed the acquisition of blogging platform developer Tumblr for $1.1 billion, it bought another company: gaming infrastructure provider PlayerScale. Terms of the transaction were not released.

PlayerScale’s Player.IO is the platform for online games played on a daily basis by an estimated 150 million people worldwide. The company claims a lot of momentum recently in that it is adding some 400,000 new users each day; in the last four months alone, CEO Jesper Jensen wrote in a blog posting, the company’s daily user growth rate has increased about 60 percent.

Belmont, Calif.-based PlayerScale enables games to be played across social and mobile platforms. For example, a user can start a game on an iPhone, suspend it, then return on a PC to finish it. It also gives game developers a new way to track their revenue and users across multiple platforms. This functionality has been difficult to do reliably.

PlayerScale is now being implemented in 4,000 games from more than 2,600 game developers, including SGN (Social Gaming Network, which has put a big emphasis on cross-platform development), Con Artist Games and 505 Games.

“With Yahoo’s backing, we can crank out awesome products and improvements to our platform faster than ever before,” Jensen wrote. “We will continue to support our existing product and deliver new services to help you (users) grow and manage your success in cross-platform gaming—whether it’s casual, social or mobile.”

Yahoo said that seven employees from PlayerScale will move over to the parent company as part of the transaction.