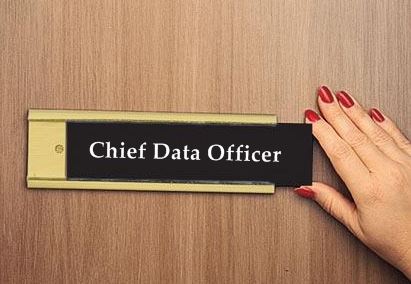 One of the trendiest and most relevant new job classifications in the IT world is that of Chief Data Officer, the executive in charge of all a company’s data. This means data creation and acquisition, integration, data “cleansing,” storage, security and access, along with other responsibilities specific to each company.

After all, data is effectively a new currency for many enterprises—especially those who rely on customer and partner data to provide goods and services on a daily basis.

At the Gartner Symposium/ITxpo conference in Barcelona Nov. 10, researcher Gartner released its 2016 Chief Data Officer Survey. This was conducted in July and August 2016 with 180 chief data officers, chief analytics officers and other high-level data and analytics leaders from across the world.

MIT, which was credited with creating the CDO idea about four years ago, most recently said it believes there are more than 2,000 executives with a CDO or similar title. Only about 200 or so had that title two years ago.

Gartner’s survey found that early adopters of the CDO role and the office of the CDO are in effect pioneering a new organizational function—one to go alongside IT, business operations, HR and finance.

Naturally, enterprises that have made the strategic decision to create the CDO position are expecting to get as much new value as possible. Thirty percent of the surveyed CDOs said they report directly to the CEO.

CDOs are adding to the competitiveness of their companies by contributing to strategic planning and decision making, and by leading digital business initiatives. As a result, Gartner predicts that, by 2020, 15 percent of successful CDOs will move into CEO, COO, CMO or other C-level positions.

“The office of the CDO is being established as an operational department with the appropriate staffing, budget and responsibilities,” said Gartner Vice President and Fellow Debra Logan. “Fifty-four percent of the organizations we surveyed said that their CDO office was fully or partially implemented, with a another 20 percent already exploring, planning to explore or planning to implement an OCDO (office of the CDO) within the next year. Only 19 percent said they are unlikely to implement an ODCO.”

According to the survey, the main business objectives of the OCDO are to increase customer intimacy (62 percent), competitive advantage (60 percent) and efficiency (54 percent). Respondents said that the main organization-wide responsibilities are oversight of analytics initiatives (69 percent) and data governance (68 percent).

Next come responsibilities for defining the analytics strategy for the organization and ensuring information reliability and value (64 percent each).

“While only 27 percent of those surveyed identified a specific data or analytics-related crisis or problem as their reason for creating the CDO role, some of the other identified objectives point to this,” said Jamie Popkin, a Gartner Vice President and Fellow.

“Twenty-four percent of the respondents said that the board of directors wanted the role. Whatever prompted a high degree of board-level involvement in the creation of the new operational function must have had a major operational impact, or been thought likely to have such an impact in future.

“The board’s involvement, together with the responses pointing to a specific crisis or problem, and the 41 percent of respondents who said that the CEO or CFO wanted the role, makes it safe to assume that this was a major strategic decision that affected business operating models,” Popkin said.

“Most CDOs said that their role will focus on two key responsibilities,” said Mario Faria, a managing vice president at Gartner. “Sixty-seven percent of the respondents said they are acting as a champion or change agent in leading the organizational changes required to create and sustain enterprise data and analytics capabilities. Sixty-one percent are leading the effort to ensure that data and analytics are integrated into the business strategy and roadmap.”

Most respondents said they have developed positive working relationships with IT leaders.

“While most early holders of the CDO role said they treat the CIO as an ally or partner (62 percent), the relationship between the CDO and the CIO will remain crucial,” Popkin said. “Strategy development, decision-making power and funding will be sources of contention between IT leaders and the OCDO as the role of the CDO becomes more broadly established.”