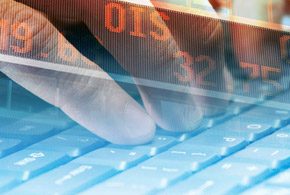 Health care IT investing continues to grow robustly as the industry saw nearly $1.2 billion in venture capital funding in 2012, more than double the VC funding of $480 million in 2011, according to a report by the Mercom Capital Group.

The Jan. 28 report shows that the most deals occurred in the fourth quarter, the biggest number since Mercom began tracking VC deals in 2010.

The focus of funding has been in the health information management (HIM) category, according to Raj Prabhu, Mercom’s managing partner.

“We are especially seeing a lot of funding going into technology that engages consumers like mobile, telehealth, social health and personal health,” Prabhu told eWEEK in an email. “This a big trend coming out of 2012.”

The top VC deal in 2012 was Castlight Health, which raised $100 million. Castlight provides a mobile health care shopping tool for Apple iOS and Android that allows employees to compare services from doctors, hospitals and medical procedures based on price and quality.

As health care IT ventures look to raise funds, a crowd-funding site called Health Tech Hatch provides a way to raise money and seek mentorship and feedback from medical experts as they develop new companies and products in the field.