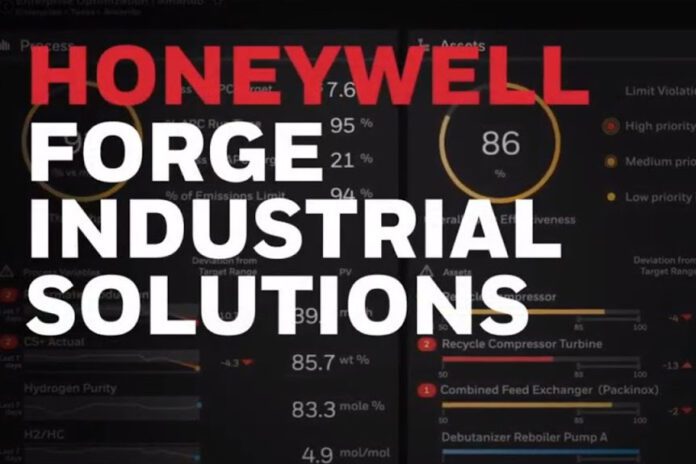 Honeywell. There’s a venerable company name that you might not have heard too often lately in terms of new-gen IT.

For those who might not know, Honeywell isn’t in the beekeeping or honey supply business. It’s the most well-established equipment-control maker in the world, and it has a history going way back-back-back-back to its founding in—yes, this is correct—1906. IBM (born in 1916) and Hewlett-Packard Co. (1939) are mere youngsters compared to this grand old company.

This company deserves a close look in this, its second successful century of operation. We at eWEEK will take a deep dive into what this impressive company does across the IT world on a daily basis: provide its customers in numerous use cases with reliable hardware, software and services to get industrial tasks done, day in and day out, with efficiency.

In the meantime, Honeywell has some news this month in three sectors: in quantum computing, in the aviation world and in building sustainability solutions. We’ll touch on each in this article and follow up with more details at a later date.

On March 3, Honeywell revealed that it has achieved a breakthrough in quantum computing that accelerates the capability of quantum computers and will enable the company to release what it describes as “the world’s most powerful quantum computer” within the next three months.

The company also announced it has made strategic investments in two respected quantum computing software providers and has signed a partnership agreement to develop quantum computing algorithms with JPMorgan Chase.

In a scientific paper posted to the online repository arXiv, Honeywell has demonstrated its quantum charge coupled device (QCCD) architecture, a major technical breakthrough in accelerating quantum capability. The company also announced it is on a trajectory to increase its computer’s quantum volume by an order of magnitude each year for the next five years.

This breakthrough in quantum volume results from Honeywell’s solution having the highest-quality, fully connected qubits with the lowest error rates.

“Building quantum computers capable of solving deeper, more complex problems is not just a simple matter of increasing the number of qubits,” said Paul Smith-Goodson, analyst-in-residence for quantum computing at Moor Insights & Strategy. “Quantum volume is a powerful tool that should be adopted as an interim benchmarking tool by other gate-based quantum computer companies.”

Enterprises Should Start Looking Ahead to Quantum Computing

Honeywell Chairman and CEO Darius Adamczyk said companies should start now to determine their strategy to leverage or mitigate the many business changes that are likely to result from new quantum computing technology.

“Quantum computing will enable us to tackle complex scientific and business challenges, driving step-change improvements in computational power, operating costs and speed,” Adamczyk said. “Pharmaceutical companies will accelerate the discovery of new drugs. Materials companies will explore new molecular structures. Transportation companies will optimize logistics. Honeywell is striving to influence how quantum computing evolves and to create opportunities for our customers to benefit from this powerful new technology.”

To accelerate the development of quantum computing and explore practical applications for its customers, Honeywell Ventures, the strategic venture capital arm of Honeywell, has made investments in quantum software and algorithm providers Cambridge Quantum Computing and Zapata Computing. Both CQC and Zapata complement Honeywell’s own quantum computing capabilities by bringing cross-vertical market algorithm and software expertise.

Honeywell’s trapped-ion qubits can be uniformly generated with errors more well-understood compared with alternative qubit technologies that do not directly use atoms. These high-performance operations require deep experience across multiple disciplines, including atomic physics, optics, cryogenics, lasers, magnetics, ultra-high vacuum and precision control systems. Honeywell has a decades-long legacy of expertise in these technologies.

Today, Honeywell has a cross-disciplinary team of more than 100 scientists, engineers and software developers dedicated to advancing quantum volume and addressing real enterprise problems across industries.

The first thing to know here is that Honeywell has developed its own cloud-based control platform, Honeywell Forge, that can be adapted to numerous use cases in multiple vertical sectors of the industrial world. Following are two recent examples of how this is being used in production.

This Forge platform provides users with an easy-to-use, integrated dashboard that sends real-time alerts on connectivity issues and flight-plan changes. With full visibility into their services, users can deploy the platform to tap into data that helps flight departments troubleshoot and fix issues as soon as they arise. Based on these insights, the company said, Forge can improve the passenger connectivity experience, help manage profitability and give flight departments a better understanding of their fleet.

“Flight departments need a holistic solution that combines the entire fleet operation into a single view,” John Peterson, VP and GM of Software and Services at Honeywell Connected Enterprise, Aerospace, said in a media advisory. “Honeywell Forge enables operators to prevent problems and have ongoing visibility into their fleet status in real time. This information helps them focus on their work with the assurance that any issues will immediately be brought their attention.”

Honeywell is utilizing autonomous machine learning to adjust building energy settings to deliver up to double-digit energy savings without occupants noticing anything. A pilot test at Hamdan Bin Mohammed Smart University in Dubai—a place that needs all the efficient air conditioning it can get—reported an initial 10% energy savings on its existing competitor building management system, the company said.

Honeywell Forge Energy Optimization autonomously and continually optimizes a building’s internal set points across hundreds of assets every 15 minutes to evaluate whether a building’s HVAC system is running at peak efficiency. When Honeywell’s solution finds a need to make an adjustment, it analyzes factors such as time of day, weather, occupancy levels and dozens of other data points to determine the optimal settings per building. It then makes calculated decisions 96 times per 24-hour period for every building in a portfolio, 365 days a year across the system of assets. Repeated results have shown double-digit reductions of HVAC-related consumption while not impacting customer comfort.

Honeywell Forge Energy Optimization is deployed with plug-and-play capabilities. No changes to business mechanics are needed, and there’s no need to rip and replace systems to add energy optimization to a building. Go here for more information.