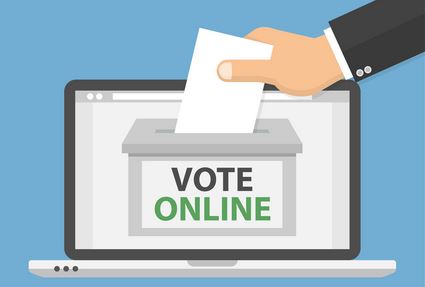 All of the concerns about voting accuracy in the last decade, from vote tallying to the security of our national and statewide election systems, have raised questions about our current processes and potential improvements. Perhaps it’s time the federal and state governments look to a different model to increase integrity and accuracy, one that would embrace all of our modern technology capabilities.

The cloud, for example, is used by some of the most security minded organizations in the world. So why can’t we use it to streamline and strengthen the voting process? What would we need in a cloud-based voting system in order to trust it with something so important?

In this eWEEK Data Point article, Druva Chief Technologist W. Curtis Preston, a longtime tech writer and analyst, offers his industry perspective on how this might be done. Druva makes a cloud-first platform for data availability and information governance.

Here is a list of six factors that could help make such a voting system successful.

Data Point No. 1:  Secure the cloud

Our largest enterprises, including government organizations like the NSA and Department of Defense, are embracing the cloud. So why should using the cloud to house a voting system be any different?

The most security-obsessed organizations in the world use a public cloud infrastructure to accomplish their computing goals. Major cloud providers even have specific versions of their products that are tailored to the government (e.g. AWS GovCloud). The security practices of these major cloud vendors have been vetted and certified by multiple organizations, leaving little doubt that the back end of these systems is very secure. So theoretically, the back-end security is not the issue.

Because the system would allow a person to vote without physically interacting with another human being, we need to make sure they are who they claim to be. For example, prior to election day a voter would need to authenticate in multiple ways: log in to a secure site with a username and password unique to them, enter other personal information unique to them (e.g. SSN), and perhaps enter a pin number mailed to them prior to the election. This would be one way to provide foundational evidence that you are who you say you are. The good news is we already use versions of this technology today for bank accounts, credit cards, driver licenses, online passport and visa processing and more. All of these require the highest level of security and multi-layered authorization.

Taking remote authentication a step further, biometrics would be a best-effort system to ensure that only one person is casting a given vote and that each person lives where the voting registration says he or she lives. But to truly verify that a person casting a given vote is the same person, the system would need to store and verify biometric information as the last line of defense. Current technology in the field would limit this largely to face and voice recognition, but eventually this could be much more sophisticated.

Election results need to be audited and confirmed both by officials verifying the election and those who cast their vote. One good way to provide auditing capabilities would be to have an immutable log for each voter, using something like blockchain. Values could easily be re-counted using such a log, and individual voters could easily audit what is in the system under their name. Any irregularities could then be investigated.

Data Point No. 5:  Printed receipt for each voter

After some of the failures of electronic voting systems, some have been calling for paper ballots. An alternative to this would be a paper return that is either mailed to an individual voter or printed out by the voter after their ballot is cast. This printed receipt could be given a hash value that could be used to authenticate that what is on the paper is indeed stored in the voting system.

Data Point No. 6:  Backup plan for those without access

The most obvious barrier to a cloud-based voting system is that not everyone is going to have access to a computer on election day. No matter how much we advance the technology of elections, there will always be a need for some version of an alternative for those with special needs or the inability to access the internet. We need a backup method for when digital system isn’t available to a voter.

Such a system is also important to ensure that individuals who are digitally registered but are unable to properly authenticate prior to election day still have a mechanism for casting their vote. Stringent authentication systems also increase the risk of disenfranchising legitimate voters, so it’s important to ensure that other avenues are available for the general voting populations.

Sumary:  So What’s Next?

The cloud provides a strong and dependable backbone, upon which you can build any type of trusted system. The biggest challenge for anyone responsible for implementing a cloud-based voting system would be that the stakeholders are legion, and trust has to be earned. But the cloud might be the place to start a conversation.

If you have a suggestion for an eWEEK Data Point article, email [email protected].