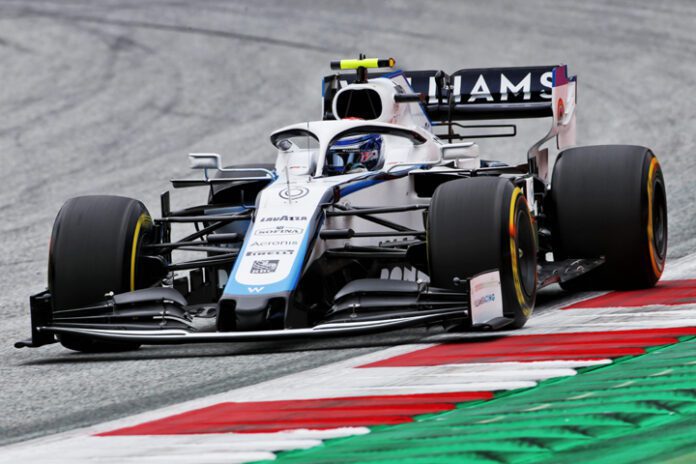 The last time eWEEK looked at the role of computing in Formula 1 racing, a very lucky Chris Preimesberger visited the headquarters of Ferrari in Maranello, Italy. What he found there, in addition to some drool-worthy race cars, was a data center the size of a house with ten racks of equipment, power conditioning and liquid-cooled rack servers. That was 11 years ago, and things have changed.

What hasn’t changed is the need for ever more computing power in Formula 1, and a growing need to have the computers as close as possible to the race itself. The extent to which these teams will go to ensure that they have been best, and fastest, computing support possible is demonstrated by Williams F1 Racing and its mobile data center. While Williams has a data center at the company headquarters in the UK, it also has a mobile data center that travels with the racing team.

“We have two racks of equipment that we carry around the world,” said Graeme Hackland, group CIO for Williams Racing. The Williams data center also includes workstations and power conditioning, including uninterruptible power supplies and generators, both of which serve to back up the local power wherever the race is being held.

But there’s a lot more to operating a mobile data center than just shipping it. “We arrive in an empty garage,” Hackland explained. “A third party runs an internet cable to our garage. We run cables around our garage.” Hackland said they use a physical, cabled network at the garage because “WiFi becomes unreliable during the weekend.”

The popup data center (pictured) receives a continuous stream of encrypted telemetry from the car during the race, which allows the team to monitor it for potential adjustments and for problems that may be starting to appear. The network traffic that results is handled by Cisco Systems networking gear and firewalls and is stored trackside by Nutanix. Hackland said that the data center maintains a connection to the Federation Internationale de l’Automobile (FIA), which is the sanctioning body for Formula 1.

“We have 40 engineers who need it,” Hackland explained. He said that it then flows back to the UK over a 100 mbps link for 40 more engineers. “We burst data up to the cloud for additional computation capacity,” he said. A lot of the data is video of the Williams car and competitor analysis.

The team does a lot of analysis on Fridays to get the optimum setup on Saturday. In Formula 1, practice and qualifying take place on the Saturday before the race on Sunday. They do tire analysis on each driver and on other teams. Hackland said they need to know how many laps the car can go on which tire compound for each driver.

“We have a number of engineers and someone on the pit wall who talks to the drivers. The race engineer is talking to their driver,” Hackland said. He said that the team has about 300 sensors on the car that feed data back to the team. With that data, they get the car ready for qualifying.

“We’re talking about this mobile data center all around the world,” Hackland said. “We need to protect the data. We’re in the garage with other teams.” He said that while a team can be thrown out of the championship for stealing data from competing teams, that doesn’t eliminate the need to keep it secure.

“What we do look at is protecting the cars,” Hackland said. “The car is a connected device, and you have to connect a cable to it to change the configuration. FIA has banned two-way telemetry for safety reasons.” He said that the data from the car is encrypted, but it needs to be available to the engineers so they can work on configuration settings on their laptops. He said that Williams uses Dtex Intercept and software from Symantec to keep track of data and to protect it against compromise.

What the mobile data center, and all of the extra effort that goes with it, provides is speed. Formula 1 teams need to get their data within microseconds to keep their car’s performance at the highest level constantly. Even delays incurred by sending data to the cloud or headquarters can be too much, and that means the data center has to be at the track. The trackside data center means the engineers can have access to the data instantly, and do it in a secure manner.

Like the race itself, the differences are measured in microseconds.