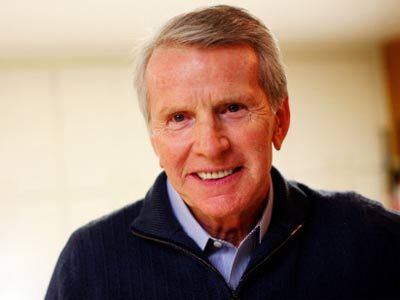 Hewlett-Packard, still trying to find the right combination of people for the executive leadership some investors believe it has lacked for years, made three boardroom changes April 4. One of them was the resignation of Chairman Ray Lane.

The company revealed that Lane, 66, elected to step down from the chairmanship but will remain on the board of the world’s largest IT company. Lane reportedly made his decision shortly after the HP shareholder meeting last month, when he received a tepid response (59 percent of the shareholder vote) from investors for his re-election bid.

Industry sources familiar with the situation told eWEEK that Lane did not believe he had enough of a mandate from shareholders to retain his chairmanship. Lane, a former president of Oracle and a longtime partner at venture capital firm Kleiner Perkins, served in the position for three years.

As a result, board member Ralph V. Whitworth was named interim chairman until the company identifies a permanent chairman. Whitworth is a founder of Relational Investors LLC, a private investment management firm based in San Diego, Calif.

The other two moves involve John Hammergren and Ken Thompson, who are voluntarily leaving the board. Both will continue to serve until HP’s May board meeting.

Lane was HP’s key advocate in recruiting fellow board member Meg Whitman into the CEO job in September 2011.

Whitman replaced former SAP chief Léo Apotheker, who lasted 11 months as CEO and presided over a great deal of corporate turmoil. This included the attempted jettisoning of the Personal Systems Group (since rescinded by Whitman), the questionable $11 billion purchase of Autonomy, and the dissolution of the webOS software and hardware group.

HP’s board has been beset by controversy for more than a decade. In 2002, under CEO Carly Fiorina, the board was deeply divided over the acquisition of rival PC maker Compaq; Hewlett and Packard family members fought the move and later disassociated themselves from the company.

In 2006, Patricia Dunn resigned over a corporate spying scandal. In 2010, the board ousted then-CEO Mark Hurd following a personal conduct scandal with a female contractor and subsequent coverup of an expense report.

Only weeks after leaving HP, Hurd moved to Oracle, where he currently serves as co-president with Safra Catz.

Lane’s Time on Board ‘Limited’

Rob Enderle, a longtime Silicon Valley analyst and a principal at the Enderle Group, told eWEEK in an email that frankly “he (Lane) was getting pretty old, and his time on the HP board was always going to be limited. He is part of Whitman’s support structure on the board, so this may put her at additional risk. However, the board seems to like her, and she has promised to select her successor, so, I expect they are likely to let her finish out her term.”

On how shareholders will view this change, Enderle said that “it likely will depend on who replaces him. He actually hasn’t been all that visible, and he was connected to the Autonomy decision, so it might actually be better that he be away from HP when the related litigation gets under way.”

Autonomy founder and former CEO Mike Lynch, who was unceremoniously fired and slammed publicly and privately by HP executives only months after the $11 billion acquisition of the UK-based company in 2011, has traded threats of litigation with HP during the last six months.

At least one shareholder already has filed suit against HP for taking an $8.8 billion charge for the Autonomy deal, which was seen as a concession that the deal will be a wash for the company.