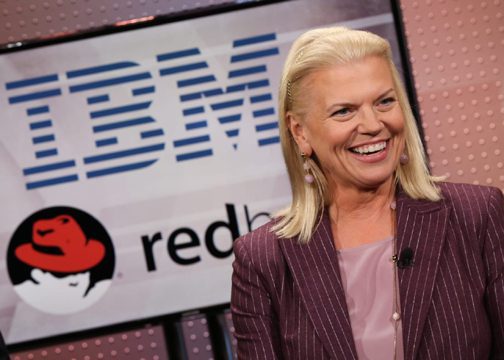 Executive succession is a commonplace business process that reflects elemental truths: market dynamics change, organizations evolve, social, political and economic factors shift. So do people. Executives who possess terrific skills for one business era may not be well-suited for another. When that happens, boards of directors look for new leaders who do.

But new leadership is usually a fact of life rather than a problem signal. Most senior executives successfully complete the jobs they were hired to perform, then move on to the next phases of their lives and careers. Such orderly comings and goings also highlight how companies can think further ahead, recognize the inevitability of organizational and individual evolution and fully understand the value of leaders who are best suited for those circumstances and challenges.

IBM offered an excellent example of dynamic with the recent announcement of CEO Ginni Rometty’s retirement and of the elevation of SVP Arvind Krishna to the chief executive role and SVP and Red Hat CEO Jim Whitehurst to president of IBM.

Let’s consider this process and how IBM’s succession process reflects its current condition and future-focused strategies.

The Three T’s of executive leadership

Though there are endless variations of leadership and management styles among CEOs, most fall into one of three general classes:

In IBM’s case, its three most recent CEOs exemplify these three approaches. After the company ran off the rails in the late 1980s and early 1990s (the $8 billion loss it posted in 1993 was, till then, the largest in U.S. corporate history), IBM hired Lou Gerstner to essentially transform the company. Gerstner orchestrated a strategic turnaround, cutting costs, emphasizing systems integration and increasing the focus on business and technology consulting services. Those changes restored IBM to financial and competitive health.

In 2000, Gerstner stepped down and was replaced by Sam Palmisano, a traditionalist who had joined IBM as a salesman in 1973 and quickly moved up the management track. Palmisano spent a large proportion of his career in IBM’s Global Services (IGS) group, aligning well with the company’s increasing focus on services. During Palmisano’s tenure, IGS grew into a tech industry powerhouse that consistently drove more than half of IBM’s annual revenues. The company’s 2002 acquisition of Pricewaterhouse Cooper (PwC) was a strategic coup that fundamentally reshaped IBM’s business by focusing on highly reliable and replicable industry-specific services and solutions.

Ginni Rometty (pictured), who succeeded Palmisano as IBM’s CEO in 2012, was an architect of–and negotiator in–the PwC acquisition. But in contrast to the emphasis on sales and outsourcing services in Palmisano’s IBM career, Rometty spent her first decade with the company in technical positions before becoming GM of IGS in 2000. Along with overseeing the PwC deal and integration, she was one of the IBM executives who authored the “2015 Roadmap” strategy that outlined how the company would shift its focus from data center hardware to emphasize software and services business.

That made Rometty the ideal chief executive to plan and execute IBM’s investments in and transition to new future-focused growth areas. A year ago, IBM’s “strategic imperatives” (hybrid cloud, AI/analytics, security, mobile and social) drove over half of the company’s revenues for the first time. In fact, cloud revenues of $21.2 billion during FY 2019 places IBM in a strong position behind only AWS and Microsoft. Google’s recently announced $8.9 billion in FY 2019 cloud revenues shows it trailing a distant fourth.

Arvind Krishna: The right technologist for the right time

Arvind Krishna is an intriguing choice for CEO, in large part because of his deep technological training and background. That’s not to say that previous IBM CEO’s weren’t technically savvy (Rometty, for example, has a B.S. degree in computer science and electrical engineering, and began her career at IBM as a systems analyst). But Krishna holds a Ph.D. in electrical and computer engineering, co-authored 15 patents, previously edited the IEEE and ACM journals and has been published extensively in industry and academic journals.

Where Rometty, Palmisano and other IBM CEOs spent considerable time in the company’s services organizations, Krishna’s management roles and responsibilities have spanned areas that include information management and analytics, systems manufacturing and IBM Research. Most recently, he was SVP of Cloud and Cognitive Software, and was also the principal architect of the Red Hat acquisition. In other words, Krishna has played central roles in building the businesses that will be crucial to IBM’s near- and long-term future.

As IBM and the greater IT industry move toward commercializing new and next generation solutions, including 5G networks, artificial intelligence and quantum computing, technologically astute executives will be critically important for assessing and determining their organizations’ ways forward.

Jim Whitehurst: From Red Hat CEO to President of IBM

Why was Red Hat CEO Jim Whitehurst’s new role announced at the same time as Krishna’s? Prior to IBM’s formal announcement about Rometty’s retirement, some speculated that Whitehurst could be her eventual replacement. That flew in the face of past CEO successions at IBM, which has one of the deepest benches of highly qualified executives in any industry. In addition, while Whitehurst is clearly an experienced and able executive, moving from leading a medium-sized business with 13,000-plus workers to a fully global enterprise with 350,000-plus employees and operations in 177 countries is not without its challenges.

Whitehurst’s tenure at Red Hat makes him ideally suited to ensure that IBM gets full value from its investment. That’s also an important point, considering the role Red Hat plays in the company’s hybrid cloud and cloud native services and solutions. In addition, the 6-plus years Whitehurst spent at Delta Airlines (rising from SVP to Chief Network and Planning Officer to COO, where he oversaw all aspects of airline operations, from sales to corporate strategy), makes him an excellent addition to IBM’s leadership team and highly complementary to new CEO Arvind Krishna.

Where Whitehurst’s IBM career goes from here is anyone’s guess, but he is clearly highly intelligent and experienced, with a history of past successes that suggest a bright future.

The appointments of Krishna and Whitehurst underscore how crucial the hybrid cloud business has become and will continue to be for IBM. For decades, the company has been a leading vendor of enterprise business systems, software and services. By appointing Krishna and Whitehurst to their new roles, IBM clearly intends to replicate and expand on its past data center successes with highly integrated and robust enterprise hybrid cloud computing solutions.

Along with choosing the correct people, it is difficult to overstate the importance of orderly and well-planned executive successions. CEOs are always caretakers of their organizations, but the best ones focus as much attention on preparing for the future as they do on day-to-day challenges. IBM’s Ginni Rometty is a superb example of that approach and her replacement by Arvind Krishna and the appointment of Jim Whitehurst demonstrate how well the company understands leadership transitions and their significance. IBM’s customers and shareholders should understand that they remain in good hands.