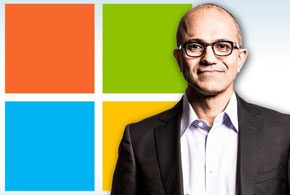 Tomorrow night’s speech before the U.S. Congress will not only mark the final State of the Union address for President Barack Obama, but there also will be a high-profile appearance by Microsoft CEO Satya Nadella. The White House announced yesterday in a press release that the executive will be among the guests invited to the First Lady’s State of the Union box on Jan. 12.

The announcement suggests that Nadella will be in attendance by virtue of Microsoft’s efforts to promote computer literacy and education, at least in part.

“Microsoft has been a leader in expanding access to computer science in K-12 classrooms, and in Teach.org, a private public partnership to increase awareness of and support for the teaching profession,” stated the White House. “In September, the company announced a new $75 million effort to expand computer science education, including opportunities for engineers from Microsoft and other companies with teachers to team-teach computer science.”

In September, during a session at Dreamforce, Salesforce’s annual confab, Nadella pledged $75 million over the next three years “to take computer science education to all communities so that in K-12 boys and girls can get educated in computing skills.” While the tech industry would surely benefit in terms of a skilled labor force, he argued that “computational thinking is going to be relevant in pretty much every aspect of our economy.”

In the U.S., Microsoft is expanding its Technology Education and Literacy in Schools (TEALS) program, a part of the company’s YouthSpark educational outreach initiative, from 131 schools in 18 states as of Sept. 16, 2015, to over 700 schools in 33 states.

Ahead of last year’s Hour of Code campaign (Dec. 7-13), Microsoft backed the effort with one of its massively popular video game properties. Announced on Nov. 16, the browser-based Minecraft Hour of Code tutorial guides students (age six and up) through some of the basics of computing programming.

“A core part of our mission to empower every person on the planet is equipping youth with computational thinking and problem-solving skills to succeed in an increasingly digital world. With Minecraft and Code.org, we aim to spark creativity in the next generation of innovators in a way that is natural, collaborative and fun,” said Nadella in a statement at the time.

Nadella will be among 23 other guests in the First Lady’s State of the Union Guest Box, including fellow science, technology, engineering and mathematics (STEM) advocates Oscar Vazquez, a U.S. Army veteran, and Lydia Doza, a college student originally from Anchorage, Alaska, who is bringing STEM education to Native American youth. One seat will remain empty to honor the victims of gun violence, the White House said.