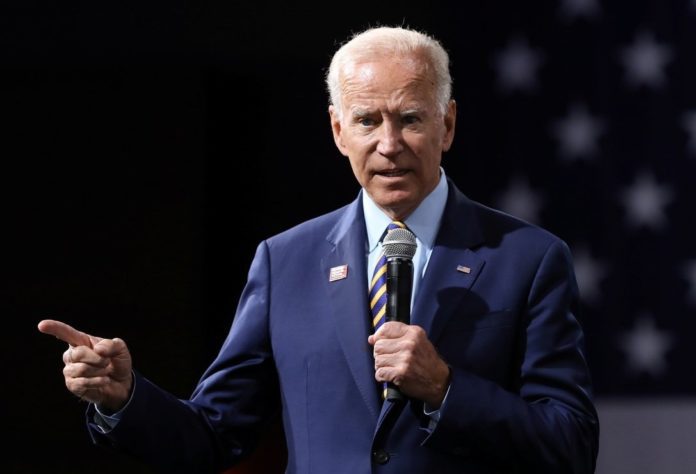 The algorithm Donald Trump applied to the policies of his predecessor, Barack Obama, was simple: anything Obama had done, Trump rescinded, canceled or did the opposite. Joe Biden might be tempted to play turnabout with Trump, and in many cases that would make a lot of sense. In matters relating to areas such as the Paris Agreement on climate change, policies with respect to immigrants and adherence to the Foreign Emoluments Clause of the Constitution, Biden would be perfectly correct in reversing course.

But, from an industrial policy perspective, it would be worth examining closely how to deal with China. China was one of the large national rivals that took advantage during the past four years of the Trump administration’s inability to keep its eye on the ball. Russia found our blind spots like an expert squash player dropping a shot where his opponent isn’t, using Trump’s (almost) inexplicable softness toward Vladimir Putin to promote its agenda. While we were watching for election disruption, Russian hackers popped open SolarWinds like a can of Mountain Dew and entered the computer networks of thousands of organizations. Iran and North Korea edged merrily toward greater nuclear capabilities. But China, among them all, boldly and directly, went about the business of displacing the United States in as many domains as possible, maneuvering itself into position to become the next great industrial and military superpower.

China: Long an IT factory for the U.S.

Nowhere was this propensity more in evidence than in the domain of technology, where China has long been a factory for the United States and others, making what we design. That relationship was deeply interwoven when Trump took office, and he and his trade representatives spent a lot of time and energy tearing it apart. Luckily, individuals such as Apple CEO Tim Cook knew how to hit just the right soothing notes when speaking to Trump and managed to talk him down off some of the most potentially damning moves. But in general, trade policy devolved into an escalating tariff war, whose main consequence was to slow down the velocity of the technology industry, particularly the sectors involved in hardware manufacturing.

It might be tempting to go back to the good old days and just tie back together those frayed trade links. The industries in both countries benefited handsomely from the arrangement and likely would again.

And yet, something was never quite right about the China relationship, even in the supposedly good old days. It was rather one-sided. The Chinese government often required U.S. companies to give their Chinese business partners a majority stake in joint ventures and sometimes also stipulated technology transfer. When IBM created the OpenPower Foundation in 2013, a raft of Chinese companies signed up as members. IBM was no longer able to support its own silicon development and so essentially gave away powerful processor technology to anyone capable of running with the ball. Since then, Power technology has become a core component of the Made in China 2025 plan.

Although recent reports indicate that Chinese firms are experiencing setbacks in their pursuit of technological independence, the United States can take only cold comfort there. China is far more unified in its quest than any Western nation. Its government, industry and financial sector are all working together to learn from these impediments and move on.

So, should we cooperate? Shun? Compete? Some combination? There’s quite a lot of devilry in the details, and the stakes are particularly high on the eve of widespread deployment of 5G wireless communications technology. The United States has a leadership position in 5G. But so does China. U.S.-based Qualcomm is clearly the king of 5G handsets, supplying everyone from Apple to Samsung. But China-based Huawei is the leader in 5G base stations and not just in China. Germany is investing heavily in Huawei equipment, and other nations want in as well.

Striking the right balance will be a bit of a trick.

How do we make sure we’re protecting our intellectual property without choking off our markets? We don’t want to throw out the grain with the chaff. We don’t want to make it hard to sell chips to China on the eve of the next big telecommunications upgrade. Huawei wants to buy 5G products from Qualcomm, which sold the Chinese company a big pile of 4G products and has a long relationship there. If Huawei becomes a total pariah in the eyes of the U.S. government, it’s U.S. companies that will be left out in the cold. Huawei will simply buy 5G products from Samsung.

But this story is much bigger than Huawei. It’s about a clash between two governments and their differing approaches to industrial policy. From our perspective, the Chinese government has not played by the rules. But viewed from the perspective of international rivalry, Huawei belongs to the same class of “frenemy” as Samsung.

Meanwhile, economically, China is on a roll. Everyone except China is reeling from COVID-19. Having used its centrally controlled society to effect a hard shutdown early, China is nearly back to normal. This is not a market for the U.S. to let get away.

So, where should we end up in all this?

I would say that we’re actually in a pretty good position if we play our cards right. In the chip industry, most of the value is still created in the United States. Most U.S. firms have moved to a “fabless” model, wherein they do the design work and leave the manufacturing to someone else, often Taiwan Semiconductor Manufacturing Company (TSMC). Even TSMC recently agreed to build a leading-node factory here in the United States. It’s the tens of thousands of U.S.-based chip designers that set us apart from other nations, with something like 80% of the value in a chip being created right here.

The technology revolution led by 5G will affect a cascade of changes throughout society, from the reinvention of health care as we emerge from the pandemic to bringing back jobs for small and midsize businesses. It’s technology that will enable all those new jobs and business opportunities. 5G will enable the economy to keep going during the pandemic.

We do have to think carefully about how the supply chain operates. While we don’t want to be over-invested in end-stage production, there is a national security component to letting others make our chips. We don’t want to be beholden to Asia, given the current trade war, pandemic and the unknowable outcome of the conflict between Taiwan and China. From that perspective, it would be great to bring some of our chip manufacturing home. At this time, Intel is the only semiconductor firm still making large quantities of chips on U.S. soil.

Innovative companies need to be protected

From a policy perspective, the new administration needs to think in terms of bringing back the knowledge economy as everything moves to digitization and connection. The government needs to nurture not just 5G, but a wide range of technologies, in which we can be the innovators, building new platforms and ecosystems that allow us to grow despite the competition.

We’re not going to win building cheap chip businesses against low-labor-cost Asian industries that accept lower margins. We need to cultivate our leadership in the innovation economy, paving a path for workers in the millennial generation and beyond.

We have the advantage here, but we need to maintain it by protecting innovative companies while remaining vigilant against foreign competitors that often have explicit backing from their own governments.