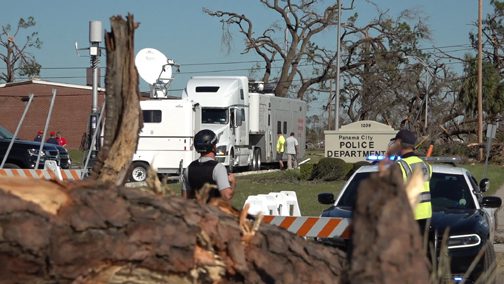 What von Moltke was trying to get across is the need for careful planning and the need to allow flexibility to be part of the plan. When it comes to disaster plans, the real flexibility needs to apply to the aftermath, which is when all the really hard work begins.

When Hurricane Michael hit Florida on Oct. 10 and then moved on to Georgia, the Carolinas and Virginia, businesses in its path had little time to prepare. The storm went from being a tropical storm near Cuba to reaching near-category 5 in just two days. Businesses that weren’t already prepared basically had time to evacuate and little else.

Once the storm moved away from the impact areas, there was little left. Businesses in and around Panama City and Mexico Beach, Fla., were simply gone. Also gone were normal means of communications. Emergency services had some communications, but cell service and landlines were out, as were television and radio stations. There was no internet service. Communities along the Florida Panhandle were isolated.

Ham Radio: The Only Live Channel

If you were in the area, the only way you could alert the world that you survived was through ham radio, which, as always in the case of major disasters, was up and running immediately, providing health and welfare messaging, summoning assistance and alerting the world to conditions.

If you were trying to recover your business, your only option was a satellite phone. If you had one, then you could communicate beyond the disaster zone. If you didn’t, then you and your business were out of luck.

And what about your business? If you’d planned ahead, you had your business data stored out of harm’s way, perhaps in a cloud location far from the disaster. Your other needs for restoring your business include rebuilding your facilities and getting your employees back to work. With those requirements in mind, here are the basic steps you need to plan for recovering from a disaster.

You’ll notice that this is not a detailed plan. This is because every company is different and every disaster is different. To create a detailed recovery plan that must be followed belies the reality outlined by von Moltke. Such a plan would never survive the reality of the disaster.

Instead, you need to know the broad outlines, and you need to know how to invoke specific recovery efforts, but you also need enough flexibility to operate within the constraints of the disaster as it is, not as you thought it might be.

So you need to make a plan, you need to detail the contingencies as thoroughly as possible, and then you need to be prepared to innovate when your plan doesn’t match reality.