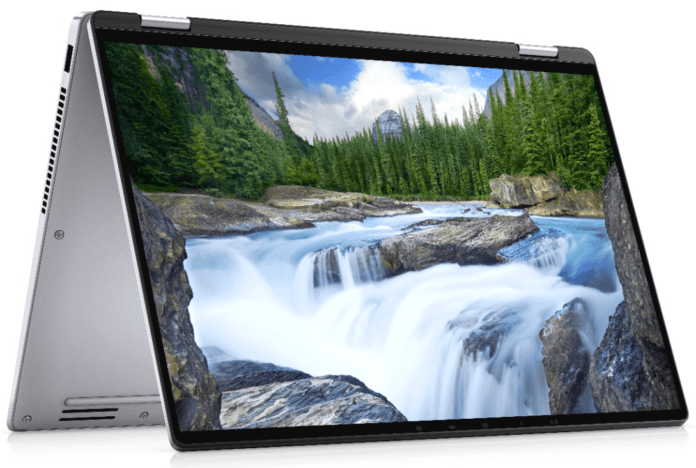 Sometime late this year or early in 2022, you’ll be able to get Windows 11, but you’ll need a computer to run it on. Each of the laptops we review below are listed as Windows 11 compatible.

One of the things I discovered when Microsoft announced Windows 11 is that my three-year-old Lenovo T-Series laptop will not be able to run the new operating system. According to Microsoft’s minimum system requirements, you’ll need to have enough memory and storage as well as a Trusted Platform Module version 2.0 and a compatible processor. Microsoft has a list of compatible Intel and AMD processors.

If your computer doesn’t meet some of the requirements such as storage or memory, you can fix that. But chances are, you’re not going to be able to add a TPM or a new compatible processor. If your computer doesn’t meet those requirements, the only real way to upgrade to Windows 11 is to get a new computer. Of course, you can stay with Windows 10, which Microsoft ways will be supported until late 2025.

Fortunately, Microsoft has provided links to stores with compatible computers along with the minimum system requirements. To simplify your choices, I took a look at a Windows 11 compatible laptop from each of the top three laptop makers. These are premium laptops of the kind used in business, but there are many less expensive computers that also run Windows 11. If you buy one of these now, it’ll come with Windows 10, but will receive a free upgrade when the new version is available for that machine.

When the laptops arrived at our Northern Virginia testing location, each was unboxed and turned on so that I could run the initial Windows 10 setup. They were connected to the 5 GHz signal of an Asus WiFi 6 router, after which I ran Windows Update. All of them required updating, and doing so would mean that they were all running the same version of Windows 10.

Once the updates were done, I installed Ookla Speed Test from the Microsoft Store, and Geekbench 4 and Geekbench 5 from Primate Labs. Geekbench 5 is the latest benchmarking software from the company, but I also ran Geekbench 4 because that’s the version that I’ve used for all previous eWEEK tests, so I could compare the results.

The Ookla Speed Test does not provide useful benchmarking because the results depend on factors outside of the test environment and can vary widely regardless of the machine they’re running on. But the test does confirm that each of these machines can communicate at nearly gigabit speeds using WiFi 6. Access to the Internet used a symmetrical gigabit fiber connection from Verizon FiOS. Maximum WiFi speeds for all three laptops reached 850 megabits per second for both uploads and downloads.

At first glance, there were, as we might say here in the South, as alike as peas in a pod. They were thin, they were intuitive to use, and their benchmark results using Geekbench 4 and 5 were close enough that you’d never see a difference in real-world use.

However, there are important differences that might impact some users. For those who like mysterious black monoliths, the X1 Carbon is a sure choice, especially considering its unique (and a little creepy) human presence detection feature. Yes, this laptop knows whether you’re looking at it, and it responds accordingly.

All three laptops are Intel Evo certified, which includes fast charging, long battery life, instant wake and WiFi 6 and Thunderbolt 4. They all use USB 3.1 Type C charging, and have additional Type C ports. Choosing any one of these will give you a fast, well-built business laptop that will slide into your briefcase easily, last through even long flights on battery and survive the insults of travel.

The new Latitude features a 14-inch screen with the new 16:10 aspect ratio. This gives you more screen real estate than the previous 16:9 widescreen aspect ratios that were a little cramped when doing actual work. The Dell’s 2560 x 1600 touchscreen display is clear and bright, and the screen uses Corning’s Gorilla Glass, meaning luggage handlers will have to try extra hard to break it.

While Dell doesn’t claim the human presence detection that Lenovo has, its front camera can detect when you sit down in front of it, and automatically log you in. Along the top of the screen the webcam is protected with Dell’s SafeShutter, which is an automatic privacy shutter. According to Dell, the shutter knows when to open for conference calls. When I tried it with a Zoom call, it worked.

Dell clearly realized that office life had devolved into a never-ending series of Zoom calls, and installed four noise-cancelling microphones in a directional array to provide clear audio. The speakers are top-firing to make audio clearer.

In addition to the four USB Type C ports, there’s an HDMI and two Thunderbolt ports, a memory card reader, a USB Type A port and an audio jack. You can order a SIM slot and a fingerprint reader. This 2-in-1 laptop weighs 3.2 pounds. There’s also a laptop (non 2-in-1) version that’s slightly lighter. 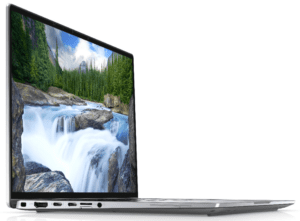 The first thing I noticed about the HP EliteBook: it doesn’t have a touch screen. I found this annoying on a laptop where your fingers are usually close enough to the screen where using a touch sensitive screen can be very convenient.

There is a touch screen available with a different display, however. Both available 14-inch screens are full high-definition in the older 16:9 format. The graphics card will support UHD on an external monitor, which is accessible through one of the USB Type C ports or the HDMI port. There’s also a headphone port and a space for an optional SIM card. This laptop weighs in at 2.496 pounds.

HP stresses the security of this laptop, and with the HP Sure Start feature, along with tamper detection, embedded re-imaging, and a long list of other security features, it certainly has the full range. However, the privacy shutter is optional, and was not present on the unit I looked at. Like the other laptops, the HP EliteBook supports WiFi 6 and has Thunderbolt ports, and you can get an optional 4G/5G wireless network card.

HP has included two front facing microphones and one that it calls “world facing” that’s used to detect ambient noise so that it can cancel out background noise including voices during conference calls. The company notes that its audio system is designed by Bang & Olufsen with upward firing speakers for clarity. But despite the prestigious designer, one quick listen to some random Mozart will make it clear that there’s more to good audio quality than a name. 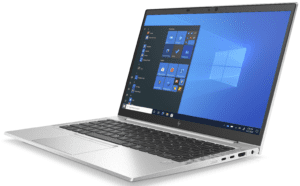 You walk past the X1 Carbon and glance in its direction, and it briefly flashes the Windows Hello eyeball and turns on, ready to use. You don’t have to sit down in front of it to make this happen. What’s happening is that Lenovo has developed a radar-based means of detecting your presence.

The screen features the new 16:10 aspect ratio, which delivers additional screen real estate over the 16:9 ratio on prior laptops. That may not sound like much, but in use that extra height adds a lot. At the top of the screen, the webcam includes a standard manually operated privacy shutter.

Lenovo joins in the war of high-end sound designers with a Dolby Atmos speaker system. I tried the Mozart test with this computer, and while it sounds slightly better than the HP, you’ll never confuse the sound that emanates from a laptop speaker with high fidelity. The Dolby Atmos speaker system is part of what Lenovo calls Dolby Access, which includes Dolby Vision and Dolby Voice. The sounds system includes two downward firing woofers, with the rest of the speakers firing upwards.

Like the other laptops in this review, Lenovo has included features designed to make video calls sound better. In this case, it’s four 360 degree far-field microphones. These microphones can help in noise suppression and in focusing on the sounds of the people speaking in a group setting.

Lenovo does not make security as much of a selling point as does HP, but it does include some advanced security features such as its self-healing BIOS, which can restore the computer after a malware attack or events such as a failed update. The X1 Carbon includes a feature called Privacy Guard, which can narrow the viewing angle of the screen when needed.

Lenovo ThinkPads are legendary for their toughness. They meet 12 military-grade certification methods and over 20 procedures of MIL-STD 810G. My personal experience includes having a ThinkPad survive an “emergency landing” while on assignment for eWEEK. A ThinkPad was the only electronic device in my briefcase to survive undamaged. Note that we did not apply this test to these laptops because of a shortage of airliners we could crash-land.

One important usability difference featured by the X1 Carbon is the keyboard. Lenovo employs a lifting mechanism beneath the keyboard that lifts the keys when the lid is opened. This added height, plus the sculpted shape of the keys, makes the X1 Carbon much more useful for typing. Choosing a Laptop for Windows 11

Each of these laptops has its strengths. The right choice will depend on secondary factors that matter to you. For example, Dell’s high resolution touchscreen and its use of Gorilla Glass aren’t available with the other laptops. HP’s security is a level above the others, while Lenovo’s toughness and human presence sensing are important points.

It’s worth noting that none of these laptops is cheap. In fact, if you go through the custom configuration process and make the right choices, you could spend nearly $4,000.00 on any of these laptops. But these are meant to be critical business tools that will keep running when lesser machines might give up. They are all excellent machines, and sometime later this year or early in 2022, they will all run Windows 11.