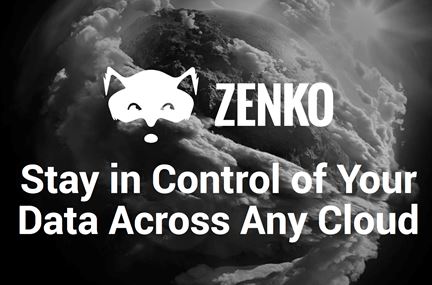 Most enterprise and consumer software these days is built upon, or contains a measure of, open source code and components. Such is the incredible influence of the open-source community; in fact, there is a case to be made for stating that the world today would not be the same if not for the sharp rise of open-source software development starting in the early 1990s with Linux and the internet and continuing through this day and age.

Now this isn’t the place or time to go into all the use cases for open-source software because people have written books on the subject. But rest assured, it would be a very different world if everybody used only proprietary software.

Scality, a rising star in creating new-gen software controls for distributed file and object storage and multicloud data control, is a believer in open source and is making full use of it. On Sept. 19, the San Francisco-based company released a new data management package called Zenko 1.0, the industry’s first and only cloud-native multicloud data controller. It was developed entirely with open source code.

Zenko, available in both open-source (free of charge) and enterprise (subscription) editions, was designed to defeat the challenges of complexity and vendor lock-in that come with most cloud storage services.

“What we started hearing a couple of years ago is that the future of IT is going to be partly [on-premises] and partly cloud,” Scality CEO and founder Jerome Lecat told eWEEK. “That’s what our customers told us—that they need to find ways to optimize on-prem and to leverage the cloud in the way that is best. It’s all about some form of hybrid system.”

This is why the San Francisco-based company came up with Zenko, which is Japanese for “magic fox,” Lecat said.

Zenko provides a unified interface to store, manage and search data across multiple disparate private and public clouds, enabled by advanced metadata search and an extensible data workflow engine, Lecat said. For developers and enterprises facing data management challenges in hybrid or multicloud environments, Zenko represents freedom and control to create value from data, regardless of where that data resides, he said.

“Cloud services from Amazon Web Services [AWS], Microsoft Azure, IBM Cloud, Google and other large players are finding their place as core elements of enterprise IT,” Lecat said. “What is required to extract the most from these clouds is a solution that can cloud-enable the data, no matter where it’s stored—whether in cloud, legacy NAS or newer object storage solutions.

“Zenko is a fully agnostic solution for cloud data workflow management that provides the intelligence to discover, integrate and manage data across existing enterprise storage solutions and public clouds.”

Zenko has attracted about 1,000 registered users since its pilot release in July 2017. Scality has continued to build its developer community and work with early adopter enterprise customers to refine the platform’s core features, Lecat said.

Using Zenko, developers building cloud applications don’t have to choose a single provider or worry about coding to multiple APIs; Zenko was architected to free developers from legacy application restrictions and give them back control of their data.

“Zenko opens opportunities to design applications where storage doesn’t need to be pre-selected up front and is chosen based only on the needs of the business, such as cost, availability or specific analytic capabilities,” Scality CTO Giorgio Regni said.

Zenko can be used for financial services and other regulated industries that rely primarily on on-premises storage for security, control and performance but may need to add cloud services for off-site compliance, backup and long-term archive.

Useful for Media Use Cases

In media and entertainment use cases, where the creation of content in on-premises private clouds using object storage has become prevalent, Zenko enables the addition of public cloud services for content distribution, transcoding and indexing.