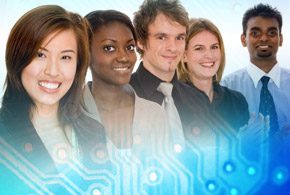 Diversity and gender equality are proven business advantages. According to a McKinsey Global Institute report, advancing women’s equity could add $12 trillion to the global GDP.

At its 25th annual Sapphire conference, SAP announced plans to speed that process and bring science to it. It announced plans to build new capabilities into its SuccessFactors HCM Suite, with the goal of improving workplace diversity.

Based on the SAP HANA platform, the software will use text mining and machine learning to help companies review job descriptions, performance reviews and other human resources-led “people processes.”

It will also use analytics and reports focused on diversity and inclusion to help organizations identify and track where biases exist in hiring and management processes, as well as offer guidance about how to address them.

“The big concept is saying technology can be part of the solution to a problem people have struggled with for a long time,” Steven Hunt, senior vice president of Customer Value Realization at SAP SuccessFactors, told eWEEK.

“If you look at the research on why it exists, it’s because it’s implicit—people don’t know they’re doing it. No one wants to be biased,” said Hunt.

Biases are introduced into processes when decisions are made, he explained. Multiple, small decisions—where a company hires from, whom it promotes, compensation decisions—that add up to very large biases at the end.

Hunt pointed to a study that found compensation reviews to be 14 times more biased against women than performance reviews. When people make compensation decisions, Hunt explained, “They’re saying, ‘How much are you worth?’ And they’re judging that based on traditional types of workers, which is like, Mad Men,” he laughed.

“But when I’m evaluating performance, I’m not looking at you. I’m looking at what you’ve done. Which is where you get rid of a lot of the bias.”

The SuccessFactors Suite, which will introduce new features as well as promote capabilities already in the software, will help flag such biases, in part through careful observations of language.

“We tend to write job descriptions that are more feminine or masculine, based on who has traditionally performed the job,” said Hunt. Studies show that women are less likely to apply for a job if there are a lot of so-called masculine words—aggressive, competitive, etc.—in the description.

“It’s about using technology so people can make decisions based on the truth, instead of assumption,” said Hunt.

Earlier this month, SAP announced the formation of an SAP Inclusion Customer Advisory Group. The group will work with customers and diversity and inclusion experts—including Elisabeth Kelan, with the Cranfield School of Management; Tinna Nielsen, the founder of Move the Elephant for Inclusiveness; and Tanya M. Odom, a consultant and executive coach—to identify ways that technology can support inclusiveness.

Gender equality will be the group’s first order of business. At an SAP Success Connect Las Vegas event in late August, SAP plans to provide an update on its progress.

“Gender bias is a starting point in SAP’s larger initiative to move the needle on all areas of diversity and inclusion,” the company said in a statement. It added that it recognizes “it will take a comprehensive approach and a commitment of resources to make concrete progress.”