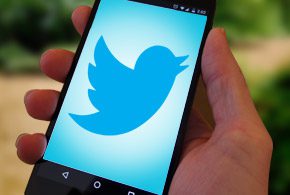 Twitter CEO Dick Costolo, who took over in 2010 for Evan Williams during a major push to grow the social network’s advertising business, is stepping down from his position on July 1, the company announced today on its official Twitter accounts.

“Dick Costolo to step down as CEO, will remain on Board, and Jack Dorsey appointed Interim CEO, effective July 1,” stated a tweet from Twitter Investor Relations (@TwitterIR) this afternoon. Dorsey was Twitter’s first CEO until fellow co-founder Williams was named to the position in 2008.

A committee consisting of lead independent director Pete Currie, board member Peter Fenton and Williams will lead the search for a permanent CEO, said the company in a statement. Both internal and external candidates will be considered. And suggesting that the next CEO many not necessarily hail from the United States, Twitter said it will retain the services of an executive search firm to assist in a “global search.”

“I am tremendously proud of the Twitter team and all that the team has accomplished together during my six years with the Company,” said Costolo in a June 11 statement issued by the San Francisco-based social media company. “We have great leaders who work well together and a clear strategy that informs our objectives and priorities.”

Dorsey, who currently heads Square, a mobile payments technology firm also headquartered in San Francisco, will split his attention between the two companies, at least in the short term.

“I am grateful for the talented team at Square, which I will continue to lead. We have built a very strong company from top to bottom, and I am as committed as ever to its continued success,” said Dorsey in a statement.

While it has no problem attracting revenue, profitability remains elusive for Twitter.

On April 28, the company reported $436 million in income for the first quarter of 2015, a 74 percent jump from the $250 million it generated in the year-ago quarter. However, a loss of $162 million, 23 percent more than the same period last year, dragged down the firm’s otherwise healthy financials. Twitter also reported that its massive user base surpassed 300 million monthly active users.

“After five consecutive quarters of more than 97 percent year-over-year revenue growth, we underperformed against our expectations,” said Costolo during an earnings call. Anthony Noto, chief financial officer at Twitter, indicated that the company was struggling with its advertising platforms.

“First, some advertisers limited spending at higher levels of scale because the bids required to win incremental auctions were higher than they were willing to pay, which limited additional spending,” Noto said. “Second, we have improved the quality of leads for direct response advertisers using our Website Cards by raising the bar on what constitutes an engagement or click.” As a result, the platform generated lower click-through rates, meaning less revenue for the company.