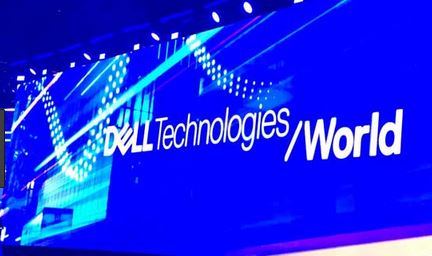 Dell held its annual Dell Technologies World in Las Vegas a few days ago. Attendance at the show numbered an impressive 15,000 people from 122 countries, highlighting how big the company is today. Another metric that demonstrates its massive size is that it did whopping $90 billion in revenue last year, up from $79 billion the year prior so despite its heft, it’s still growing.

As is the case with past Dell Technologies Worlds, the company used the event to make a number of announcements. Two of the more interesting ones were the partnership between Dell, Microsoft and VMware that simplifies hybrid, multi-cloud deployments and the unified workspace, which improves end user computing experience.

Dell Technologies is a comprised of a number of companies that include Dell-EMC, VMware, Pivotal, RSA, Boomi, Virtustream and others. The company seems to have made a commitment to ensure that if customers are buying solutions comprised of technologies from multiple companies, they will work better together. The previously mentioned Unified Workspace is an example of this, because it compasses Dell computing hardware, VMware Worskpace ONE and Secureworks software.

Another example was the joint Dell–VeloCloud SD-WAN solution announced at the conference, in which customers can now buy a turnkey SD-WAN appliance running the VeloCloud software and receive the benefits of Dell support. Expect to see more joint solutions where the goal is for customers to realize technical benefits.

Based on customer feedback, it’s clear that Dell leadership is listening to their customers more often. The biggest proof point of that is the VMware–Dell–Microsoft solution. A few years ago, Michael Dell, Pat Gelsinger and Satya Nadella would never have stood on a stage together, except maybe to box (My money is on Michael). I’m convinced the deal came about from customer feedback. All three are leading vendors, so it makes sense that customers would want better interoperability between them.

I spoke to a number of customers at the event about their relationship with Dell, and most echoed the company has shifted from being a company that sells a lot of infrastructure to one that helps them solve business problems through the use of technology. It’s a new role of Dell, but the company seems to be executing against it well.

AI is the next “big thing” in the IT industry with many vendors marketing around the term. Dell isn’t as noisy as some vendors, but it is using AI as a way of improving its existing products. For example, Dell is claiming that its new XPS laptops can give workers 24 hours of battery life. That’s a full day of working time, not idle time. Dell hasn’t secretly created some new, magic battery technology.

Instead, the system uses AI to constantly look at what the worker is doing and how the computer is being used and is able to shut down background services that might be wasting batter life. Across its product line, Dell is making its products smarter and easier to use through the use of AI.

Historically Dell has been a company that’s mastered the art of going along for the ride. When PCs were hot, Dell optimized supply chain and was able to sell products cheaper than that competition. The company did this with servers and storage as well. Now the company has changed its focus and wants to drive innovation, and this goes hand in hand with listening to customers.

Instead of using cheap components to build products, Dell will seek out ones with specific capabilities to meet customer demand. If they don’t exist, Dell will actually create reference designs and hand them to manufacturers to create. Evidence of this can be seen in it’s the previously mentioned XPS laptops, and the new edge appliance that eWEEK’s Jeff Burt wrote about in this post.

The one area of IT that still seems to be missing from Dell’s strategy is networking. The company has a broad portfolio that encompasses SD-WAN, data center, campus and the access edge, but has a mere 2% market share.

Given Dell’s massive size, that’s an embarrassingly low number. One of the limiting factors is that networking gets very little air time from Dell executives. During the two days of keynotes, networking was mentioned once, and that was for about 30 seconds. Many buyers of Dell’s compute and storage solutions aren’t even aware that Dell has networking products, so exposing them to it at a show with the visibility of Dell Technology World would create greater awareness.

Dell’s strength in networking is flexibility and disaggregation, and that could be a real differentiator. It currently has a broad portfolio that includes reseller and OEM agreements with Pica8, Aerohive, BigSwitch and Cumulus, giving its customers many options. Turnkey solutions, open platforms, Linux, cloud managed, whatever the customer wants–Dell can deliver it.

The problem is, not enough people know about it.

Overall, I thought the tone of the 2019 Dell Technology World was different than in years past, because the company seems to have figured out its identity. It’s no longer just massive holding company for a bunch of piece parts. It’s focused on helping its customers transform digitally through technology innovation.

For 2020, it would be great to see networking have a bigger share of time with Michael Dell and the rest of the executives.