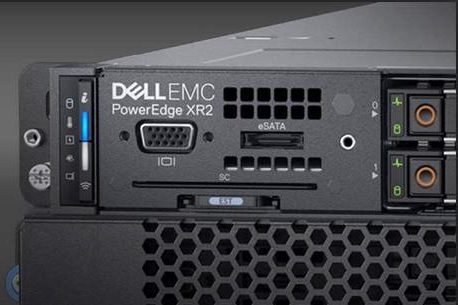 LAS VEGAS—Dell Technologies is enhancing some infrastructure systems and introducing new ones as the company looks to address enterprise needs in an increasingly distributed and data-driven IT world.

The announcements company officials made during the second day of Dell Technologies World 2019 revolved around data storage and protection, networking, servers and hyperconverged infrastructures and were part of a larger message pushed out by the vendor that as the computing environment becomes more distributed, enterprises need consistent infrastructure and software tools that reach from the edge to the core data center and out to the cloud.

The scattering of compute, storage, networking and management resources will only increase as the edge grows out, according to John Roese, President and CTO of Dell EMC. More data is being generated by the rapidly numbers of smart and connected devices and systems located outside of the data center, from places such as retail shops and oil rigs to factory floors, remote gas pipelines and smart cities.

Trend Picking Up Speed: Moving Processing Out to the Edge

The drive is to put more processing, storage and analytics capabilities out to the edge, closer to where the data is being created and applications are running. The edge is increasingly becoming a key pillar of a company’s compute environment, joining on-premises data centers and the cloud. A theme throughout Dell Technologies World has been the importance of consistent infrastructure and software for all three areas.

It’s a message that makes sense, according to Krista Macomber, senior analyst with Storage Switzerland. Workload and data mobility will grow in importance as organizations embrace the cloud and run applications outside of the data center.

“The data has to be available on premises, in the cloud and at the edge and really has to be able to move between theses locations,” Macomber told eWEEK.

Dell officials throughout the show have argued that deep integrations among their various companies—including Dell EMC, VMware, Virtustream, Boomi and Pivotal—give Dell Technologies a competitive edge in this over such rivals as Hewlett Packard Enterprise. Such integrations were a key part of Dell’s announcements around the cloud earlier in the week and again in the infrastructure news the next day.

Other storage news included the introduction of Dell EMC Unity XT, the latest storage system in the Unity line. It offers twice the speed of its predecessor, a 5:1 data reduction, 85 percent efficiency and can be used as a validated design for the Dell Technologies Cloud. It also can run in the public cloud and is ready for the NVMe storage protocol. New capabilities for in the Isilon NAS systems in Isilon OneFS 8.2 are aimed at the growing number of use cases for artificial intelligence (AI). The include 75 percent greater cluster scalability, with up to 252 nodes enabling up to 58PB and 945 GB/s throughput per cluster. The software also powers the new Isilon H5600 system.

For data protection, Dell EMC is offering the PowerProtect software platform and PowerProtect X400 appliance. The software offers data protection, replication and reuse, self-service offerings and cloud-based management. It also integrates with VMware’s vRealize Automation software and works with vSphere. The appliance can be used in a hybrid or all-flash model. A new version of the Integrated Data Protection Appliance DP4400 is aimed at small and midsize businesses, with eight to 24TB of capacity.

Storage Switzerland’s Macomber, noting the new Dell EMC storage offerings, said data management—including the ability to manage and protect it wherever it resides—has become a key focus in the storage market.

On the networking side, Dell EMC and VMware rolled out a software-defined WAN platform that combines VMware’s SD-WAN by VeloCloud software purchased via a subscription with Dell EMC hardware. Along with the Dell EMC SD-WAN Edge powered by VMware offering, Dell Technologies also is offering new advisory, design and implementation services for SD-WAN.

Dell EMC also is rebranding its network switch portfolio as PowerSwitch—with the PowerSwitch S5200-ON open networking switch being the first new offering under the new brand—and new capabilities within the PowerSwitch S5248-ON to support hyperconverged deployments in a turnkey fashion and managed by the company’s VxRail hyperconverged infrastructure with SmartFabric Services integration for higher I/O compute and storage.

Dell EMC is bulking up the orchestration capabilities in VxRail via early access to VxRail Analytical Consulting Engine (ACE) as part of the VxRail HCI System Software. The data collection and analytics platform uses machine learning techniques to run capacity forecasting and self-optimization.

The new two-socket, 4U Dell EMC DSS 8440 server is aimed at machine learning and similarly compute-intensive workloads. It can run four, eight or 10 Nvidia Tesla V100 GPUs as well as high-speed I/O with a lot of local storage to drive the performance for such workloads as modeling, simulation and predictive analysis.