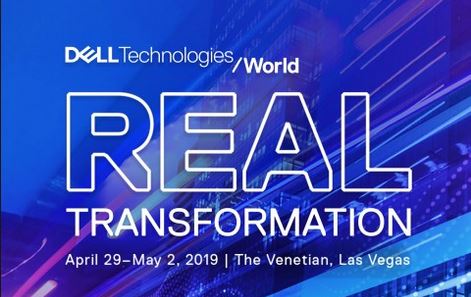 LAS VEGAS—Dell Technologies is looking to make its mark in a fast-growing hybrid cloud market with new platforms and services that rely heavily on the integration of its own hardware with VMware infrastructure software and a new partnership with Microsoft involving its Azure public cloud.

In addition, CEO Michael Dell was joined onstage during his morning keynote address by Microsoft CEO Satya Nadella and Pat Gelsinger, CEO of VMware, to announce an expanded partnership that will include VMware’s Cloud Foundation software running natively in the Azure cloud. VMware’s software currently runs on Amazon Web Services (AWS) and the Alibaba cloud, among others, and work is being done to include Google Cloud Platform on the list, according to Gelsinger.

The extended Microsoft partnership includes more than the Azure announcement, also touching on such areas as digital workspaces. There also will be more collaboration between Dell, VMware and Microsoft around the cloud.

Azure: What a Partner

“What you’re seeing inside the VMware Cloud partner program is we have over 4,000 [cloud] partners and think of adding Azure to that,” Michael Dell said during a press conference after the keynote. “It’s certainly an important one to add. Within the [console] of the Dell Technologies Cloud, customers will be able to move workloads seamlessly among all those 4,000 cloud providers and their on-premises environments.”

Dell’s cloud initiatives dovetail with the increased adoption by enterprises of multicloud and hybrid cloud approaches. Organizations increasingly are using more than one public cloud—not only the major players like AWS, Microsoft Azure, Google Cloud Platform and IBM Cloud but also smaller regional and specialized cloud providers—for their applications and data. At the same time, they also will continue to run some workloads on premises but are looking to be able to use the agility, scalability and reduced hardware costs that the cloud brings into their data centers.

According to Flexera’s RightScale 2019 State of the Cloud report earlier this year, 94 percent of survey respondents said they were using cloud computing, including 69 percent that are leveraging the hybrid cloud. Now public cloud providers are working to bring their cloud services capabilities into enterprise data centers and edge environments.

Microsoft in 2017 launched Azure Stack as a way for organizations to run Azure services on-premises on infrastructure hardware from the likes of Dell EMC, Lenovo and Hewlett-Packard Enterprise. AWS late last year announced Outposts, which are racks of in-house developed infrastructure systems that can run in racks in customer data centers and easily link back to their AWS environments.

More recently, Google Cloud unveiled Anthos, a platform that allows for enterprises to run Google Cloud service on-premises. The Anthos launch came with an array of partnerships with OEMs, such as HPE and Lenovo, to develop systems designed to run those services. IBM Cloud has made similar pushes, including enabling its Watson artificial intelligence (AI) services run on-premises.

It’s All About Migrating to the Cloud–But Which One?

The company also offers services that span from assessing how suitable a customer’s environment is for the cloud and migrating workloads to implementing and integrating the infrastructure.

In addition, Dell is rolling out VMware Cloud on Dell EMC, in which enterprises can run VMware’s software-defined data center (SDDC) offerings tightly integrated on VxRail systems and have it fully managed by Dell Technologies. VMware last year introduced its Project Dimension, which officials said was an initiative to develop ways for enterprises to run VMware Cloud software in their data centers. VMware Cloud on Dell EMC is the productization of Project Dimension.

The hardware support for VMware Cloud on Dell EMC will eventually expand to include other systems beyond the VxRail, according to company officials.

The VMware SDDC software touches on everything from compute and storage to networking and are powered by the company’s vSphere, NSX and vSAN products. Through the subscription-based offering, customers will be able to use infrastructure both in the data center and out at the edge in an on-demand nature like in public clouds via what officials call a hybrid cloud control plane.

Through the control plane, administrators will give IT staff greater visibility into and management of all systems on-premises, officials said.

Dell’s deeper push into the hybrid cloud space fits with the company’s history of working with a broad range of partners, according to Charles King, principal analyst of Pund-IT.

“Dell’s focus on the cloud has always been an agnostic view of cloud platform providers and engaging with as many of those providers as possible,” King told eWEEK.

He noted that Dell several years ago made a brief foray into being a cloud provider, but it got out when it became apparent that it would be difficult to compete with AWS, Azure and other major players and that the company would end up competing with technology partners. With the new cloud efforts, Dell is giving enterprises a way of getting the benefits of cloud in their own data centers and giving them a single tool to manage all of their cloud environments. It gives the customers one less thing to do, King said.

The VMware integration was one of the benefits that Dell officials saw in the $60 billion deal to buy EMC in 2016.

“By bringing hybrid cloud with VMware, it fits well into the midsize- and large-scale customers that Dell has had in its sights since the EMC acquisition,” the analyst said.

Dell’s cloud platforms are available now, while VMware Cloud on Dell EMC is in beta now and will be more widely available in the second half of the year.