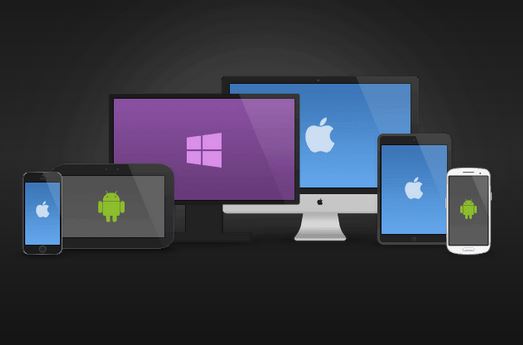 IBM had to do it. Oracle is in the process of doing it. Lots of other companies should have done it but couldn’t.

We’re talking about vendors making the risky and often costly jump from a hardware-based IT business to one centered mostly on software sales, services, licensing and subscriptions. Most hardware companies are coming around to making their own applications along with firmware, something that wasn’t common all that long ago.

To unearth some hard data about how successful these moves are in the market, Amsterdam-based digital security provider Gemalto surveyed about 300 business decision makers in device-manufacturing firms across five major global markets.

Overall, the research indicated that the device manufacturing industry is now embracing software over hardware as a primary or equal-to-hardware business model. It also found that many of these companies are earning an average of 11 percent more income after making the strategic switch.

The change highlights how crucial software is becoming to device manufacturers, specifically in improving business performance and growing revenue. As end-users begin to demand more options and control of their devices and data, entire industries are being forced to change their business models and strategies to cater to their customers, Gemalto said.

As the saying goes, “The customer is always right.” IT didn’t use to follow that thinking in years gone by.

According to Gemalto’s ‘How Software is Powering the Hardware Renaissance’ report, the majority (84 percent) of organizations in the sector are changing how they operate. In fact, nearly four in 10 (37 percent) have already made a full shift to a software-centric business model, one that places software at the core of how a company delivers value and generates revenue.

The research also found that 94 percent of respondents have increased their investment in software development in the last five years. Germany is leading the charge. All (100 percent) of German organizations questioned have boosted their software-based services over this time; with France second (98 percent) and the U.S. (93 percent) in third.

Benefits in Addition to Growing Revenue

Hardware technology companies are already reaping substantial benefits. Of those that have changed their models, the average increase in revenue has been 11 percent. They expect further growth in the next five years, with the revenue from software projected to rise from 15 percent to 18 percent.

In addition to revenue growth, businesses that have moved to software-based selling have seen other benefits. More than eight in 10 have driven diversity in hardware with software features (86 percent), implemented remote feature upgrades (84 percent) and improved customer experience (84 percent).

Businesses also report having a more flexible strategy that allows them to adapt to market change (79 percent), better control copy protection (76 percent) and being more competitive in the market (73 percent).

These changes are also having a positive impact for employees. The majority of businesses have retrained their employees (64 percent) and hired new ones (58 percent), with three in five (61 percent) also revealing they have or intend to reshuffle employees into different roles.

With businesses starting to see the potential of the IoT, software-based business models are generating commercial benefits. Around nine in 10 respondents (88 percent) believe IoT is driving growth in the industry and that IoT itself is a chance to change their company’s business model (85 percent). Enabling automated upgrades (61 percent), remote support (57 percent), collecting usage analytics (54 percent) and gathering increased and higher quality customer insights (53 percent) are the main benefits businesses see IoT enabling.

While it may bring substantial benefits and new opportunities, changing from a hardware to a software-based selling model isn’t without challenges. When it comes to practicalities, almost all organizations (96 percent) that have changed, or are changing, have experienced some difficulties in making the transition work, Gemalto said.

Looking at the challenges faced in more detail, one in two (56 percent) respondents reported that they needed to hire staff with different skills. Around one in three said solutions evolved organically without a central strategy (36 percent) and managing new sales and operational methodologies with outdated legacy processes (34 percent), caused challenges in the transition.

Details on the Survey
Independent technology market research specialist Vanson Bourne surveyed 300 IT decision makers across the U.S., UK, France, Germany and Japan on behalf of Gemalto. The respondents were from organizations that manufacture software-enabled hardware.

Visit this site to obtain regional data or for downloading the report.