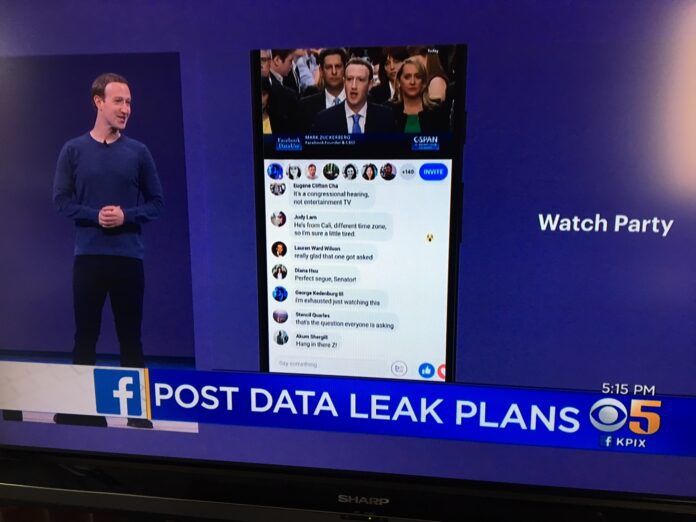 NEWS ANALYSIS: New and more egregious behavior by the social network seems to be revealed on a weekly basis as Facebook finds more ways to abuse user trust while insinuating itself into their lives.

On Jan. 17, a remarkable story appeared on the cover of Time in which investor Roger McNamee, an early backer of Facebook and mentor to CEO Mark Zuckerberg, called for the breakup or regulation of Facebook. McNamee decried the excesses that seem to follow Facebook, the abuse of user trust and the fact that a devotion to growth seemed to eclipse everything else at the company.

That was before revelations that Facebook was paying children to allow the company to follow their activities on the app and elsewhere. Then, until Apple cut off Facebook’s access, the company was using a research app developed for internal use to pass along to consumers. Apple said in a media advisory that Facebook had violated its user agreement for internal apps, which was why the access to the app and to internal apps in general was terminated.

The move threw Facebook operations into disarray until the block was removed on Jan. 30. In the process, Apple showed that it was in a position to enforce its view of privacy, since the actions to which the company objected involved the research app reporting on routine actions of young Facebook users.

But McNamee was raising an alarm about more than just violating the privacy of teens when they signed up for a $20 fee to allow the monitoring. He was also pointing out Facebook’s monopolistic behavior in a number of areas, notably what he called “growth hacking,” in which Facebook experimented with its vast stores of data and algorithms to monetize it.

“The people at Facebook live in their own bubble,” McNamee said in his Time essay. “Zuck has always believed that connecting everyone on Earth was a mission so important that it justified any action necessary to accomplish it.”

Because of their belief that the ends justify any means, McNamee said that Facebook may provide lip service to making changes, but the company doesn’t really change its underlying behavior. Because of its outlook, and its actions, McNamee said that he believes Facebook is a threat to democracy, as well as to privacy and to society in general. And he contends that Facebook is working constantly to organize itself to elude government regulators and to prevent any ordered breakup from being successful.

Criticism of Facebook and its data collection and privacy practices comes from more than just McNamee and Tim Cook at Apple. Theresa Payton, former White House CIO and current founder and CEO of Fortilice Solutions, said that Facebook needs a corporate culture overhaul.

Payton said in an email that the research app should not come as a surprise. “In spite of the social network having come under fire over the last year from lawmakers and from media for its opaque data collection practices, it’s clear that there is still more that they have kept hidden from the public,” Payton said. She said it’s time for total transparency from Facebook.

Unfortunately, despite a 2011 consent decree, Facebook appears to have made few real strides toward protecting user privacy, and instead is doing what it can to prevent any additional regulation by the FTC or anyone else.

Because of this, the Federal Trade Commission is investigating Facebook again, this time in connection of its continued privacy violations, and also in conjunction with its monopolistic behavior. If it finds that Facebook has violated the terms of its agreement with the FTC, the agency has a couple of options.

The first option is to levy fines of up to $40,000 per instance of privacy violation. This could amount to several billion dollars, with the exact amount being determined by the agency. And it wouldn’t just be the FTC, because in the UK the House of Commons is also investigating Facebook and is considering action to get the social network under control.

The FTC could also order other changes at Facebook if the agency finds that it’s violated its agreement to protect privacy. But given Facebook’s efforts to organize itself, such as by combining WhatsApp, Messenger and Instagram, to make regulation difficult, there’s another solution.

The FTC can refer its findings to the Department of Justice antitrust division, with a recommendation that Facebook be broken up into separate companies, and with stipulations as to who is allow to own and control the new companies. This is much like the action Justice took to get control of AT&T when it broke up the Bell System.

Breakup May Be the Only Way to Protect User Privacy

A breakup may be the only way that the DoJ and the FTC have to protect user privacy and to prevent Facebook from dominating Big Tech. This is even more true when you look at the lack of a moral compass on the part of Facebook’s managers, such as when COO Sheryl Sandberg responded to charges of privacy violations with the research app by saying that the teens involved had given consent–as if a minor can legally give consent.

Likewise, Facebook’s reluctance to deal proactively with the Russian government’s attempt to influence the U.S. elections, the best Facebook could give initially was lip service. As McNamee said in his essay: “… When confronted with evidence that disinformation and fake news had spread over Facebook and may have influenced a British referendum or an election in the U.S., Facebook followed a playbook it had run since its founding: deny, delay, deflect, dissemble. Facebook only came clean when forced to, and revealed as little information as possible. Then it went to Plan B: apologize and promise to do better.”

However, those promises are at best, empty. Facebook continues to simply ignore criticism and to continue pursuing its monopoly status. At this point, the only reasonable outcome is legal action by DoJ to break up the company so that it can’t use its power to hurt society or the rest of the industry any more.