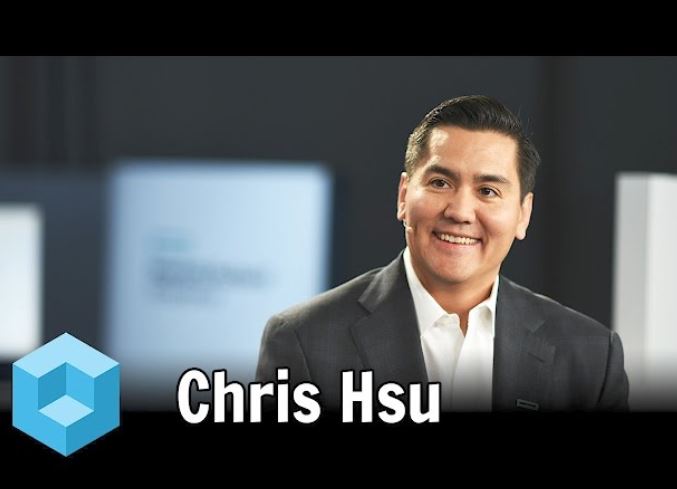 Hewlett-Packard Enterprise and Micro Focus are the sums of many things. They are both veteran IT providers (HPE was founded in 1939, Micro Focus in 1976) that are amalgamations of a lot of intellectual property gained both from their own research and development and from the acquisition of other, mosty smaller, companies.

They trade in both old- and new-gen IT products and services. At this point, however, it’s largely old-gen, because by and large, most of the world runs on legacy technology. We’ll get to that later in this article.

Chris Hsu, the new CEO of Micro Focus who started today, Sept. 1, in his new role after prepping for it for the last 12 months, knows this better than anyone. Before heading to New York City to ring the opening bell at the New York Stock Exchange on Sept. 1, he spent some time with eWEEK, talking about the genesis of the yearlong HPE-Micro Focus spin-merger, how his tech and private-equity finance backgrounds fit into the company’s leadership picture, and what the road ahead looks like for MF.

“We announced the potential transaction last September, and we’ve spent the last year working tirelessly to make it happen,” Hsu, who served as HPE’s Chief Operating Officer and General Manager of Software for the last year, told eWEEK. “Sept. 1 is our launch of Micro Focus, which will become the seventh-largest pure-play software company in the world.”

The details of the HPE/Micro Focus corporate separation are a little tricky to explain, but we’ll give it a go.

Got that straight? This means that even though HPE and MF are connected through software and numerous common customers, the two companies will have to maintain a new, arm’s length relationship going forward; in fact, they will have to license each other’s products from now on.

“But it’s no different than how we did it with HPI (which split from HPE two years ago), because internally, we shared a lot of product, and after the spin-merger, we then became commercial partners, and we sell to each other,” Hsu said.

What’s the difference between a “spin-merger,” spinoff, or a regular merger?

“It’s called a spin-merger because we spin the software assets, and the shareholders all get a pro rata share,” Hsu said, taking full advantage of his Northwestern University Kellogg School of Management training. “Then we merged the two companies. It just happens to be for the structure of the deal that our (HPE) shareholders own 50.1 percent.”

As of Sept. 1, there are four interrelated companies in the HP “family”: HPE, HPI, Micro Focus and DXC Enterprise Services (spun out in April 2017 as a followup to the merger with consultancy CSC).

“All four of the HP family of companies are close partners. We go to market together, we share a lot of the same customers, and we sell stuff to each and other and with each other,” Hsu said. “These are pure-play companies that have more scale.

“We’re (MF) going to be a pure play-focused software company: all we do is build, sell and support software. But we’re going to have global scale and be one of the largest software companies in the world.”

Here’s the way the software IP rosters line up, post-spin-merger:

—HPE, which owns IP from more than 122 companies that it has added since its first acquisition  in 1958, now has Network Management, Fortify, OpsWare, Mercury Interactive, ArcSight, Vertica, Peregrine, Shunra, Atalla and Voltage.

COBOL is an intriguing one. COBOL (Common Business Oriented Language) was one of the earliest high-level programming languages. It was developed in 1959 at the University of Michigan by a group of computer professionals called the Conference on Data Systems Languages (CODASYL). Since 1959 it has undergone a number of modifications and improvements.

Micro Focus long has been ground zero for COBOL, the grandaddy of programming languages.

“Forty years ago, Micro Focus had COBOL, predominately mainframe COBOL, and helped in the development of COBOL applications,” Hsu said. “Today, COBOL is still one of the largest assets in the portfolio, and it’s growing.

“Mission-critical applications in COBOL still run most of the major at-scale transaction systems, such as credit-card processing, large travel logistics, and so on. What Micro Focus has done is innovate in COBOL to make it mobile-accessible, cloud deployable and deployable in a distributed model.”

COBOL Sales, Apps Continues to Grow in the Market

The COBOL franchise is literally three times the size it was back in 2001, Hsu said. “This has to do with the fact that they (Micro Focus) continue to make the COBOL applications accessible on newer platforms,” Hsu said.

“While customers are moving some of their apps to public cloud, a lot of their business-critical apps are remaining on-premises,” Hsu said, “and the data is being spread across everything. What our software does is manage and simply the complexity that customers now have to manage across a set of deployment models from mainframe to public cloud.”

Hsu said his No. 1 duty at this time at the beginning of a new regime at MF is “focusing on our customers in that we don’t want to disrupt our customer relationships and what they count on us to deliver. Anytime you’re putting two large companies together, you have to keep everybody focused on the customer, because if you lose sight of that, then you’ll have a stumble–it’ll impact your revenue, your transactions, your people. That’s a real problem.

“As a CEO, the No. 1 thing I have to do is getting people excited about a company that has an exciting future, and that we have a culture that they want to be connected to,” Hsu said.

Keeping the Company Focused is Job No. 1

But how does a company leader get employees excited about a company that largely has roots in old-school IT, such as COBOL?

“Old software, old people–that’s not a bad term,” Hsu said. “We actually embrace it. Micro Focus has been around for 40 years. That COBOL software is unbelievably efficient and relevant today. HPE has had 30 years in network management and data protection.

“While we have a portfolio of things that have been around for a long time, we also have assets like Vertica, which is powering some of the world’s most disruptive businesses in the world, like Uber. In security, we’re protecting data workloads and the files themselves in motion, because protecting the perimeters doesn’t work anymore.

“The beautiful thing about having a large, $4.5 billion portfolio of software that has everything from developer tools for the mainframe all the way to public cloud orchestration and automation tools; we actually can help our customers all the way across that entire spectrum.

“We can help them architect solutions for the future.”