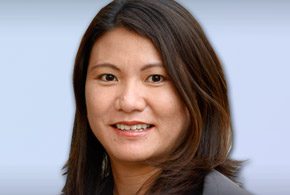 Apple has hired celebrated neuroroboticist Yoky Matsuoka to work on health-focused projects, according to a May 3 report from Fortune. According to the report, she’ll work directly with Apple Chief Operating Officer Jeff Williams, who oversees Apple’s health care initiatives.

Among her many accomplishments, Matsuoka is known for being a force behind the success of Nest—a company she joined after co-founding the Google X research labs in 2009.

In 2007, at the age of 36, Matsuoka was the recipient of a MacArthur “genius” award for her work in neurorobotics and specifically how the robotics can coordinate with the central nervous system and musculoskeletal action and enhance the mobility of people with manipulation disabilities.

It added that Matsuoka was also working on a project that addressed the condition of “learned nonuse” in stroke patients. “This system encourages subjects to push beyond perceived limitations to their range of motion and strength,” explained the site, “thereby providing more accurate assessments of their progress and increasing the efficacy of rehabilitation.”

Apple introduced CareKit in March, a year after its introduction of Apple Watch and the complementary, health care-focused software framework ResearchKit. While ResearchKit enables researchers, hospitals and physicians to gather information to inform studies and care, CareKit is a basis for applications that give individuals information about their health and help them monitor conditions, take informed, proactive steps, and easily share health information with loved ones or physicians.

ResearchKit app Autism & Beyond, for example, uses the iPhone’s front-facing camera to play a video that a child can watch—while sensors in the device analyze the child’s reactions using facial recognition algorithms. Autism can be diagnosed as early as 18 months old, but the median age of diagnosis in the United States is 5 years old. A goal of the app is to close that window.

New CareKit apps include OneDrop, which helps users manage diabetes, and EpiWatch, which helps people with epilepsy track seizures and medication, and alert family members or physicians when they feel symptoms coming on.

Apple’s Williams said during a January radio program on Conversations on Health Care that his hope is to bring affordable care to more people, through tools like Apple Watch, ResearchKit and HealthKit.

“I think that’s one of the things that interest us most in Apple,” Williams said. “We’re big believers in the democratization potential of this … [and the] injustice of fantastic health care available in some parts of the world and others suffering needlessly.”

On Feb. 3, 2015, Matsuoka announced her intention to leave Nest for a role as vice president of Technology and Analytics at Twitter. Three months later, she shared on Medium and Twitter that “serious medical issues” had prevented her from joining Twitter. Treatments were successful, she added, and she was taking time for family and personal projects.

“I want to work again,” she wrote, “but also want to take time to construct this new life I have been so blessed to be given.”