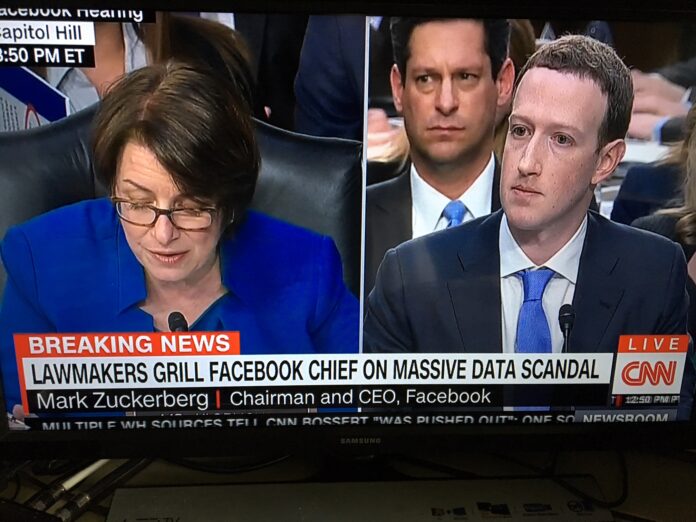 “Every day, we make decisions about what speech is harmful, what constitutes political advertising, and how to prevent sophisticated cyberattacks,” Zuckerberg says. “I believe we need a more active role for governments and regulators. By updating the rules for the Internet, we can preserve what’s best about it—the freedom for people to express themselves and for entrepreneurs to build new things—while also protecting society from broader harms.”

How would the world regulators accomplish this? “Regulation could set baselines for what’s prohibited and require companies to build systems for keeping harmful content to a bare minimum,” he explained. Zuckerberg explains that the companies that run social networking sites shouldn’t have the power to regulate what’s on them, instead turning the process over to standards groups operating under the auspices of governments that can punish companies that don’t meet the standards.

Then Zuckerberg says as his second point that governments should have more control over election advertising and calls for legislation for protecting elections. But then he goes on to say that it’s really hard to decide if an ad is political, and calls for common standards for deciding what’s political, and what’s not.

“We believe legislation should be updated to reflect the reality of the threats and set standards for the whole industry,” Zuckerberg said.

Zuckerberg then asked for global government regulations similar to what Europe has with the GDPR. “New privacy regulation in the United States and around the world should build on the protections GDPR provides,” he said. But then he disputed the rules in the GDPR that govern where data is stored, saying that the rules shouldn’t require local storage of date.

Finally, he wants data portability, so that users can take their data wherever they want, and he decries Facebook’s own method of providing downloads of all user data. It should be easier, he contends. Zuckerberg then called for a standard data transfer format.

Clearly, Zuckerberg is trying to find a way to get out from under the responsibility of controlling his own platform. Clearly he wants the cover of a global set of government regulations to help him do it. While this view of a perfectly regulated internet might sound nice and peaceful, the chances of it happening are, well, slim.

In the U.S., at least, there’s an impediment that’s bigger that Facebook. It’s the part of the U.S. Constitution, where in the First Amendment one finds the words: “Congress shall make no law respecting an establishment of religion, or prohibiting the free exercise thereof; or abridging the freedom of speech, or of the press; or the right of the people peaceably to assemble, and to petition the Government for a redress of grievances.”

In order for Zuckerberg’s wish to come true, Congress would have to make a law abridging the freedom of speech or of the press. Any such regulation would get an immediate challenge, and such a challenge would certainly succeed, because you would have the government deciding what political speech is allowed and what isn’t, and doing it in advance.

While a private company isn’t bound by the rules in the First Amendment, any governmental entity in the United States is bound by it. What this means is that the government can’t prohibit speech, even if it involves hate, or even if it’s disturbing. Facebook is within its rights to prohibit anything it wants from its platform, but the government in the U.S. can’t do that.

But beyond that, calling for a global set of definitions that stem from regulations that include the rule of law and allow for enforcement of those regulations isn’t just something that you sort of casually decide. It requires a series of treaties in which most of the internet-using nations in the world agree, sign, and then agree to enforce. The chances of 200 or so nations, some of which don’t even recognize the existence of each other, agreeing on the regulation of political speech seems far-fetched.

This is not to suggest that Zuckerberg doesn’t have some ideas that have merit. Last year, for example, he called for better information sharing between law enforcement and social media services. Speaking of the Russian disinformation campaign that used Facebook heavily, Zuckerberg wrote, also in Post: “After 2016, it became clear that everyone—governments, tech companies and independent experts—needs to do a better job of sharing the signals and information they have to prevent this kind of abuse. These bad actors don’t restrict themselves to one service, and we shouldn’t approach the problem in silos, either.”

Going from information sharing to government regulation of social media in the way that Zuckerberg proposes is a very big step. In fact, each of those steps are actions that Facebook can take on its own. But they’re hard, they cost money, and he would have to take responsibility for his actions.

But Zuckerberg built Facebook, he is responsible for what it has become, and he is in a position to take the actions he wants to see. He doesn’t need the government in the U.S. to do any of those things.

For example, he asks for GDPR rules to be adopted everywhere, but it’s within Facebook’s capability to decide to follow those rules everywhere, and it will happen. Likewise, he can clearly write in Facebook’s terms of service what sort of speech is prohibited, and then take action if those rules are violated. Facebook, as a private entity can do this, but the government cannot.

So why is Zuckerberg pleading with the world’s governments to take this on? It’s because doing it on his own is hard, and it will cost money. And it’s easier if he can blame those actions on regulators instead of making it his own responsibility.