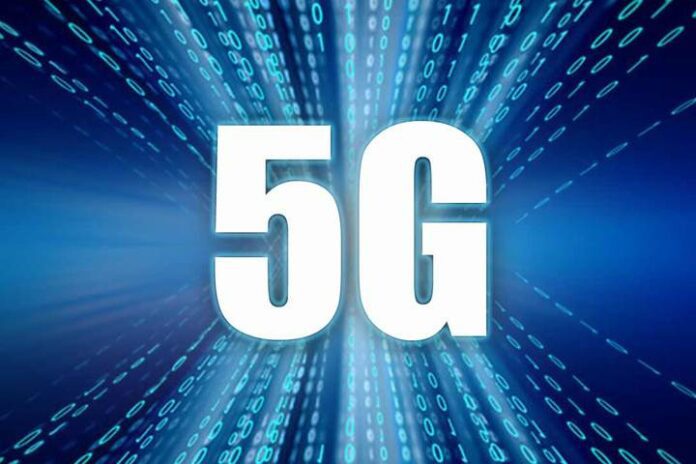 As 5G network testing, development, trials and deployments continue to proceed around the world, a new survey by communications technology vendor Ericsson says that by 2024, some 40 percent of the world’s population will be covered by 5G cellular networks.

In its 2018 Mobility Report, Ericsson concludes that some 1.5 billion mobile users will have subscriptions with 5G services in that same time period, with average expected monthly data usage of 21GB per user as the faster networks allow more productivity and data consumption. That’s about four times the amount of data expected to be consumed by the average user per month in 2018.

But what’s most surprising as the start of 5G capabilities approaches in 2020 is that there’s been a spike in usage and traffic on existing 4G LTE networks that hasn’t been seen in the past, said Patrik Cerwall, the head of Ericsson’s strategic marketing and the author of the report.

Much of that increased usage was from China, said Cerwall, and is an indication of the need for more powerful 5G networks with their greater capacity and performance for global users.

The major cellular carriers such as AT&T, Sprint, T-Mobile and Verizon say they expect to begin providing 5G services throughout the U.S. by mid-2019 and into 2020, which is when the first large-scale 5G services are expected to be built out and ready for wider use. The expansion of those networks will then continue for several years as more capacity and coverage areas are added.

Other countries are expected to get their 5G rollouts going as well along similar timeframes, including South Korea, Japan and China, the report states. Rollouts in Europe are expected to start in 2019 as well.

As those expansions occur, global mobile data traffic is forecast to increase more than five times between 2018 and 2024 to about 136 exabytes per month, according to the Ericsson study.

Going forward, Cerwall said it is interesting to review estimates about how much data people will use in all markets when 5G arrives. In North America, the average data use per customer is about 8.6GB per month, which is expected to rise to about 50GB per month by 2024, he said.

In Western Europe, the average user is projected to be consuming about 32GB per month by 2024, while in China, Japan and South Korea, the average data consumption per user will be about 21GB in 2024, he said.

One reason that 5G rollout appears to be faster than the 2009 rollout of 4G LTE services is because 4G arrived late in China, stalling its growth there, according to Cerwall. With 5G, rollouts in China are not anticipated to have similar delays.

While some 1.5 billion 5G subscriptions are expected by 2024, there were about 1 billion subscriptions for 4G networks after six years, which would make 5G adoption much faster, he said.

Not everyone, though, expects 5G to grow as effortlessly as the report concludes.

Charles King, an IT analyst with Pund-IT, said he sees the Ericsson report being overly optimistic.

“Today, most 5G networks are still under development or undergoing real-world trials,” said King. “It will also take vendors and media content providers a while to get their stuff together—at least it has every other time a next-gen network technology emerged.”

King said he doesn’t doubt that every wireless player believes 5G will ensure their revenues over the coming decade and that it’s certainly likely that will happen eventually. “It will fundamentally change a lot of games. But I doubt the 5G scenarios Ericsson’s study proposes will come to pass in the ways the company envisions.”